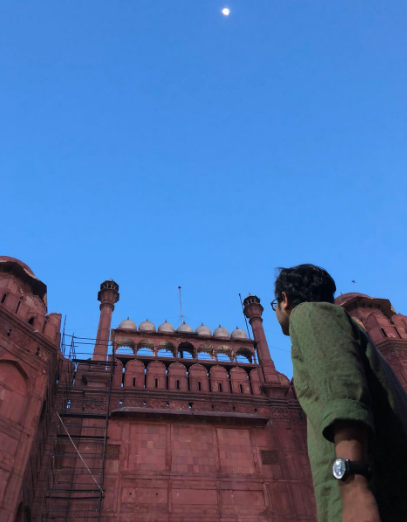 A Heritage walk at Red Fort or rather at the ‘Quila – i- Mubarak’ was held on 25th of March 2018, from 4pm IST onwards. The event was attended by 22 participants they were from different parts of India, and different walks of life. The varied crowd consisted of entrpreneurs, Historians, and IAS officers. They really added diversity to the discussions held at the walk. The walk went on for more than 2 hours in which several stories were told. To promote this event, posts were shared on several pages on Facebook, as well as on Instagram and Snapchat.

The purpose of the walk was to promote culture and heritage of the country, and decode the history of Delhi. The conversations included a lot of quotes from old poets from Delhi, and this highlighted how we need awareness about the texts, monument and intangible cultural aspects we are slowly losing today.

The Red Fort was built by Shahjahan as his royal residence in 7th city of Delhi. This city was designed by Ahmed Lahori. The project started on 29th of April 1639, and was completed on the 16th of June, 1648. This city was not like any other capital, it was the epitome of opulenceThe building of the Fort did cost a lot of money, but diamonds and jewels added to decorate the palace and Peacock throne made for a hefty sum. The transformation of the Fort from a center for noble culture to a marvel of heritage is truly fascinating to behold, and reveals how the test of time often changes cultural contexts so drastically.