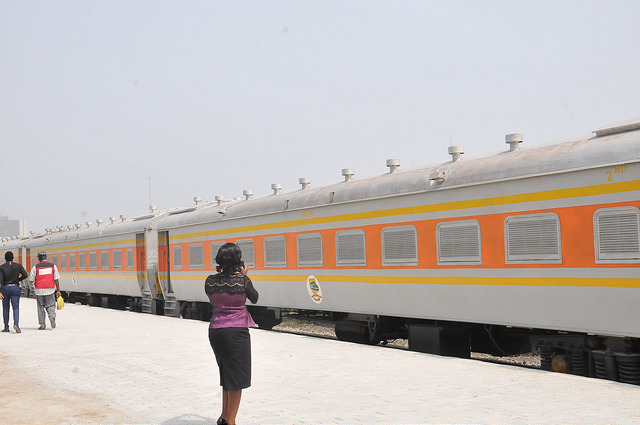 During the British colonial era, train services were regular and one of the best means of transportation in Nigeria. The rehabilitated Eastern Rail Track is exemplary of the developments in this sector.

However, lack of maintenance of the infrastructure left behind by the colonial masters led to the huge setback we are experiencing in that sector. The setbacks forced business owners to rely solely on the use of trucks for the movement of goods from one part of the nation to the other.

Before 1914, there was no railway connecting South and North Nigeria. The first Kano-Port Harcourt mixed train services was in 1914, mainly transporting both passengers and goods from  northern to southern Nigeria.

Today, things have started taking shape, as regular movement of trains across the country seems to be gathering momentum. The new train service will unite the Southerners and Northerners in accelerating the process of goods transport, apart from making commuting simpler. The trains run from Kano to Port Harcourt, the capital of Rivers State. Currently, the trains will leave Kano to Port Harcourt every Thursday and depart Port Harcourt to Kano every Tuesday.

In 2014, there was a Rehabilitation of Eastern Rail track Port Harcourt to Enugu connecting the Southern Nigerians and the Eastern Nigerians. This was commissioned on 23rd December, 2014.

The track is thus something that is a work in progress, that will optimize the chain of operation within the country for the agro-industry.

My travels through the Republic of Srpska

The spatiality of a Museum