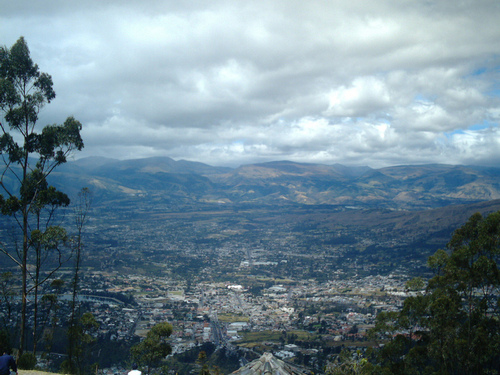 The capital of the Republic of Ecuador, the city of Quito (San Francisco de Quito) is one of the most compelling destinations of the world. With a population of 2,671,191, Quito stands tall at an elevation of 9,350 feet as the highest official capital city in the world. With a mix of colonial and modern architecture all around the city, Quito not only serves as the seat of Ecuadorian power, but is also famous as the cultural capital of the country.In 2008, the city was designated as the headquarters of the Union of South American Nations.

Down The Memory Lane..

Quito’s history is very much linked to general Ecuadorian history. During the pre-Columbian era several indigenous groups inhabited present-day Quito, including the Quitus/Quitu tribe from whom the city took its name. The Quitus were conquered by the Caras tribe, who founded the Kingdom of Quito in 980 AD. Caras and their allies were narrowly defeated in the epic battles of Tiocajas and Tixán in 1462, by an army led by the son of the Emperor of the Incas. In the beginning of the 16th century, while the Incas controlled Ecuador, Quito served as the capital of the northern half of the Inca Empire. In 1533, the Inca General Rumiñahui destroyed Quito so that it would not fall into the hands of the advancing conquistadors. Just a year later, after the Spanish conquered the Inca, the Spanish Lieutenant Sebastián de Benalcázar began rebuilding Quito from the rubble the Rumiñahui and the conquistadores left behind. The city was finally refounded on 6 December 1534. The official name, San Francisco de Quito originates from the patron saint Saint Francis (Francisco in Spanish) which in turn comes from the conquistador Francisco Pizarro. On March 14, 1541, Quito was declared a city and on February 14, 1556, was given the title Muy Noble y Muy Leal Ciudad de San Francisco de Quito (“Very Noble and Loyal City of San Francisco of Quito”), starting at this point its urban evolution. In 1563, Quito became the seat of a Real Audiencia (administrative district) of Spain and became part of the Viceroyalty of Peru. It remained so till 1720, after which it joined the newly created Viceroyalty of Nueva Granada. In 1809, after nearly 300 years of Spanish colonization, Quito was a city of about 10,000 inhabitants. An independence movement from Spanish domination started in Quito but subsequently failed. But the efforts never stopped and the chain of conflicts ended on May 24, 1822, when Antonio José de Sucre, under the command of Simón Bolívar, led troops into the Battle of Pichincha. This victory marked the independence of Quito and the surrounding areas.

The climate in the Andes varies according to the altitude and the time of the year. In Quito the temperature ranges from 18.7 degrees C (65.7 F) at night to 9.3 C (48.7 F) at noon, and averages 15 C (64 F). There are two seasons, wet and dry. The wet season is called winter and the dry is considered summer. Quito’s summer lasts about 4 months, from the end of June to September. Quito sees its fair share of rain from October through May, though even during this period the climate supports a multitude of diversions. There are enough sunny days during the rainy season to accommodate all but the most insatiable sun worshipers, and when the sun hides, Quito has plenty to offer indoors. Because Quito is just 25 kms away from the equator, most people believe it to be an extremely hot and humid place. But the city experiences mild days and cooler nights. So when the Quito flights arrive at night, many travellers arrive in shorts and beach wear and surprised to see a crispy and cool Quito welcome.

The Historic Centre of Quito..

Quito is divided into three areas, separated by hills:

Southern: is mainly industrial and residential, and a working-class housing area.

Northern: is the modern Quito, with high-rise buildings, shopping centers, the financial district, and upper-class residential areas and some working-class housing areas.

When we talk about the central region, this space houses the Historic Centre of Quito or the Old Town which for its architectural beauty and ambiance has the honor of being declared the first UNESCO World Heritage Site on 18 September 1978. Quito’s Historic Center; with its ancient history and mystery, is only km away form the Equatorial Line. Quito has the largest, least-altered, and best-preserved historic center in the Americas. There are about 130 monumental buildings (which hosts a variety of pictorial art and sculpture, mostly of religious inspired in a multi-faceted range of schools and styles) and 5,000 properties registered in the municipal inventory of heritage properties. Quito’s greatest treasures are its temples and convents, real samples of the mixture of Spanish and Indian culture. Some of the famous buildings include:

It is considered one of the most important pieces of the New-Gothic architecture in Ecuador. It is located in the downtown, in the streets Carchi and Venezuela, next to the Convent of the Oblate’s order. It was built to recall the consecration of the Ecuadorian state to the Sacred Heart of Jesus, during the presidency of Gabriel Garcia Moreno in 1873. It has 115 meters of height and it is conformed by 24 internal chapels that represent the provinces of the country. This sanctuary was inaugurated and blessed by the Pope Juan Pablo II in its visit to Ecuador the 18 of January of 1985. 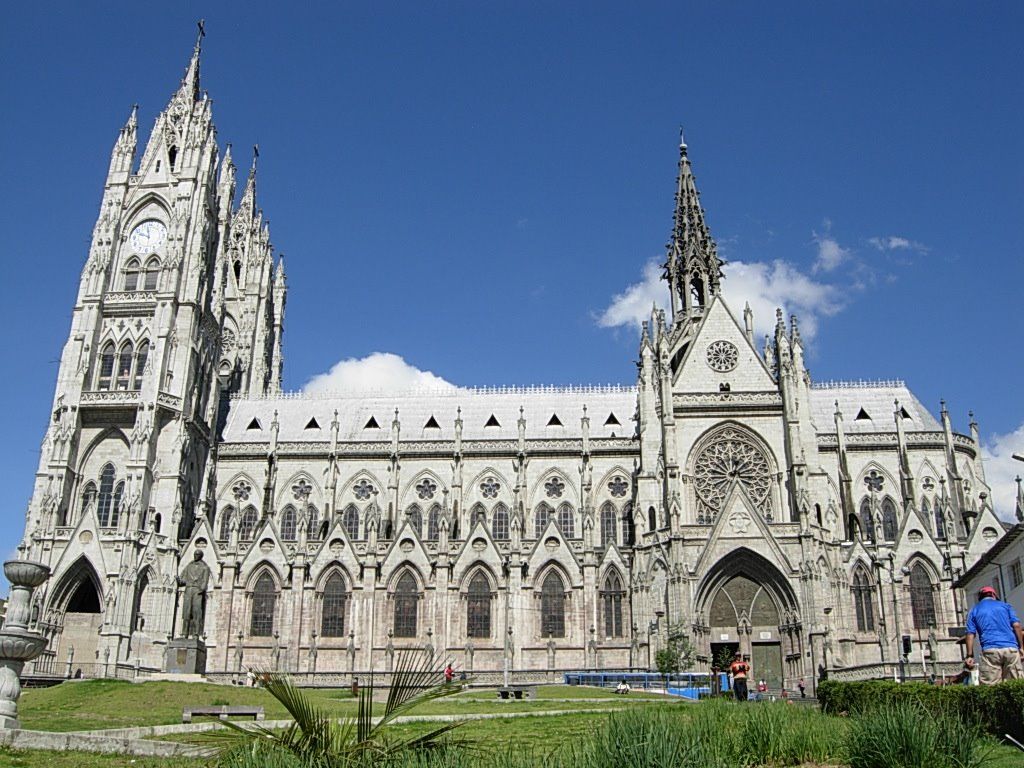 The Cathedral church is one of the religious symbols of great importance and spiritual value, situated in the south flank of the Independence Plaza. Its construction began in 1562 and it was culminated in 1806.
In this church they are buried the mortal remains of Mariscal Sucre, and of several Presidents of the Republic, as well as those of bishops and priests. There are wonderful night tours in which you can get to the top of the church’s highest dome, where you can discover the legends and mystery of “The Cathedral Rooster” (Gallo de la Cathedral). It is an unforgettable experience! 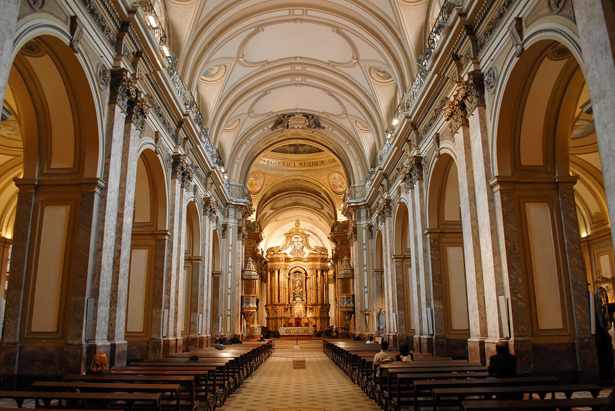 Carondelet Palace  is the seat of government of the Republic of Ecuador, located in the historical center of Quito. Axis is the nerve of the public space known as Independence Square or Plaza Grande , around which were built in addition the Archbishop’s Palace, the Municipal Palace, the Hotel Plaza Grande and the Metropolitan Cathedral. During the Republican era, almost all the presidents have dispatched from this building, which is the seat of Government of the Republic of Ecuador. In addition to the administrative units in the third level of the Palace is the presidential residence, a luxurious colonial-style apartment in which they live the President and his family. Rafael Correa, president since 2007, considering that Carondelet Palace and its agencies are Ecuadoran heritages, convert the presidential compound into a museum accessible to all who wish to visit it. 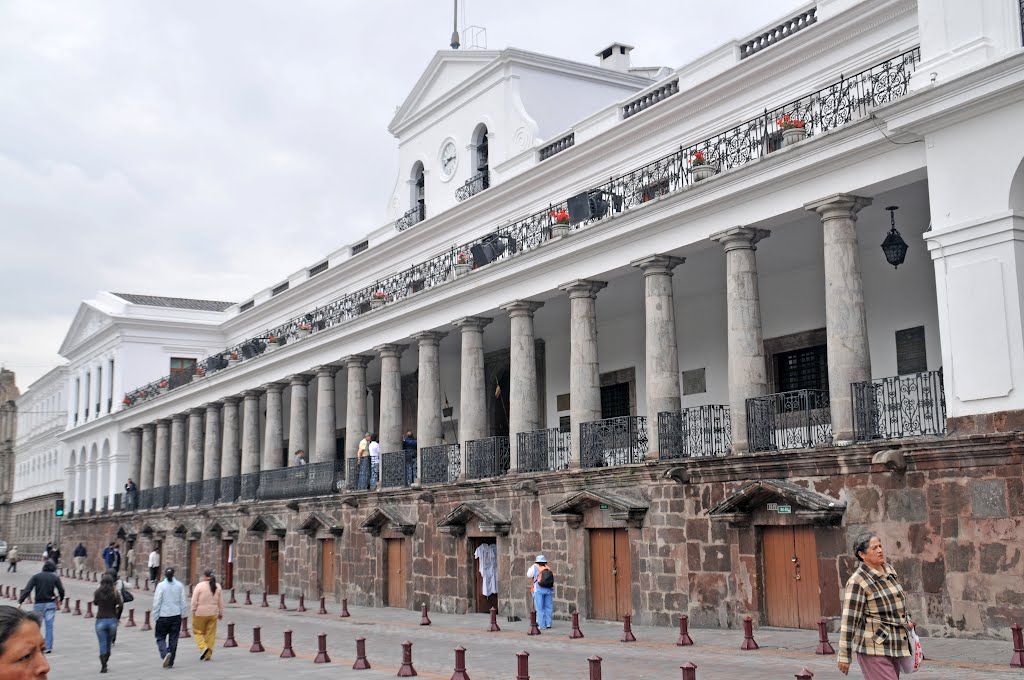 In this convent works the Recoleta of the Franciscan’s Cleric since the end of XVI century. In the XVII century, Friar Manuel Almeida lived in this place, if you like to discover his legend visit the following link, Friar Almeida. On August 16th of 1868 a fierce earthquake that destroyed the city of Ibarra and affected the city of Quito, injured very badly the convent of San Diego.The reconstruction had to be financed with the sale of several lands that belonged to the destroyed convent of Otavalo and with the direct aid of the National Government. The restoration of the convent of San Diego was in charge of three organizations: the Central bank of Ecuador, the Franciscan Community and the Direction of National Artistic Patrimony of the House of the Culture. One of the pieces of greater artistic quality of convent is the pulpit, decorated with small sculptures that formed a beautiful structure. 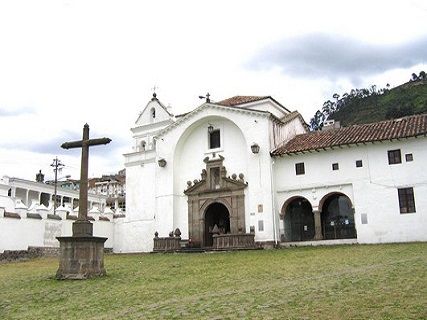 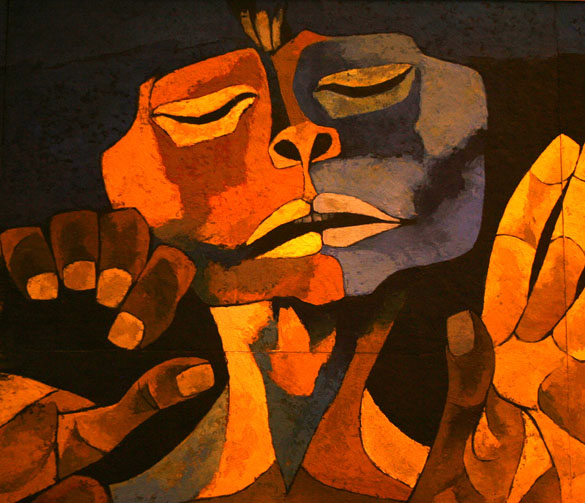