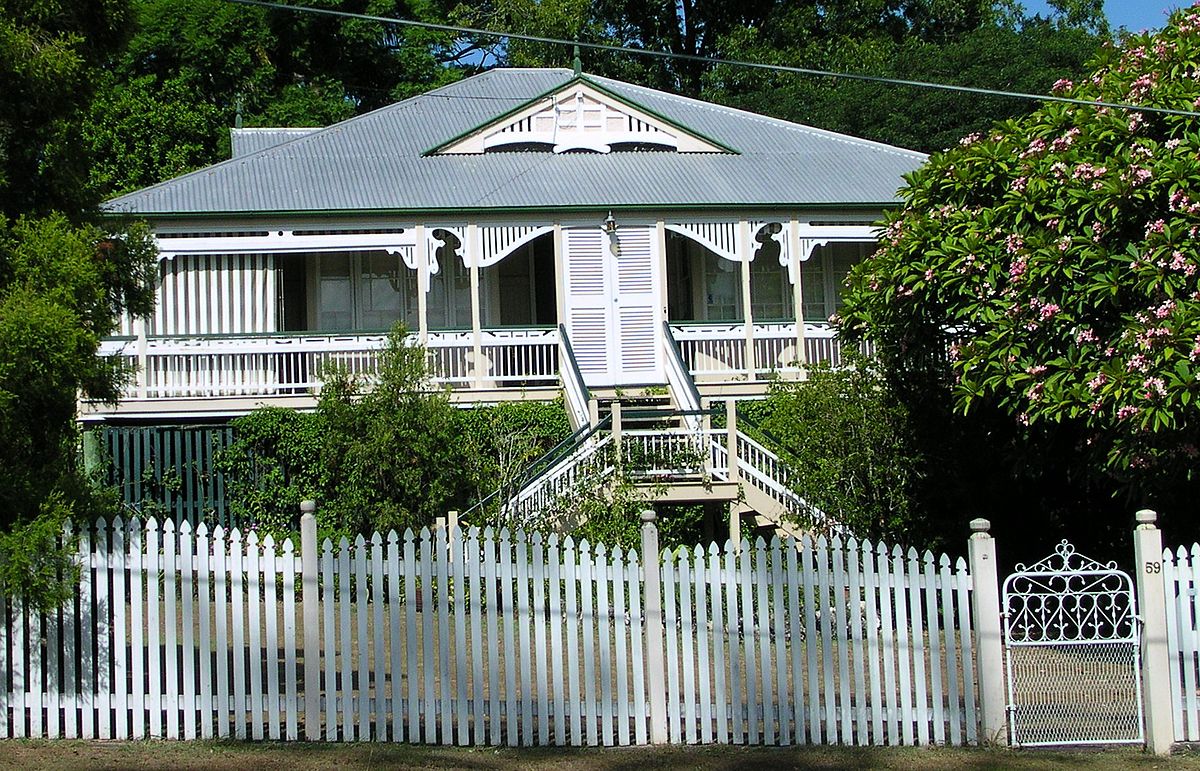 Australia’s size means that the climate varies widely across the country. It has it all- tropical beaches, cool forests, snow, deserts, and everything in between. And architectural styles vary just as much as the weather, responding to the unique conditions of various regions. The Queenslander house was developed to respond to the humidity and heat of a northern Australian summer. It is a prime example of architecture developing to respond to particular weather conditions, as European settlers arriving in Australia changed their architectural styles to adapt to their new home.

It is distinctive for being made of painted timber, an easily available and affordable material in the early days of Queensland. The house is usually be raised on stumps to increase airflow around the house. With this airflow and the light timber frame, the house more easily cools at night when the hot sun goes down. When the houses were first being made, the space underneath the house created by the stumps could be used as areas for washing or keeping animals. In more recent times, many homeowners choose to close off these spaces to create more rooms.

One of the key characteristics of a Queenslander house is its large veranda space, which usually surrounds the entire house. This veranda is often used as another living area by residents, blurring outdoor and indoor living. Many even have ‘sleepouts’ on the veranda, which are outdoor sleeping areas for when the nights are simply too hot. There are often a number of doors within the house which provide access to this all important veranda space.

Inside the house, it is typical to find a rabbit warren of rooms which flow into each other. It was typical to align doors such that sometimes it was possible for one to stand at one end of the house and see through every room to the other end. This was once again to maximize the all-important airflow. Modern renovations to these houses have changed some of these design features to reflect contemporary style.

Queenslander homes built in the Victorian era are often extremely elaborate, as builders and residents reflected their status and wealth through their home.  A drawing room and formal dining room were a must, and verandas were gabled. Other features which may seem purely decorative are in fact yet more clever ways to increase ventilation, such as French doors.

Today, the Queenslander is as popular as ever in its home state, and has even spread to other areas of Australia. Modern building innovations such as weather proof paint and fiber cement cladding have reduced some of the maintenance and conservation issues. Restoration of these old properties has yielded some incredible results for homeowners, allowing the character of the house to shine through while not compromising on the practical reasons for which the design developed.

Schengen: The wine-making village whose secret lies in its name