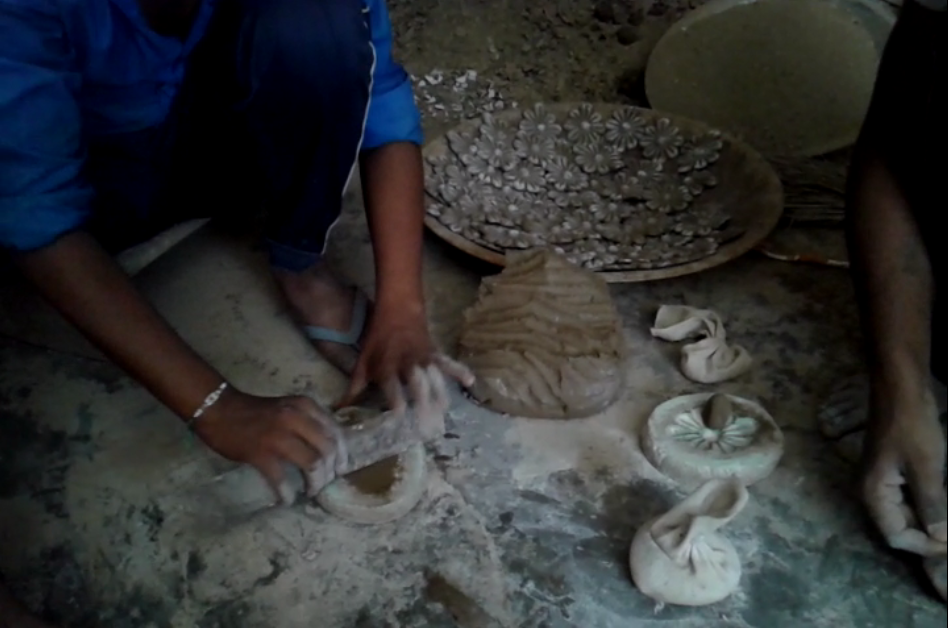 Since last few decades various art forms in delhi have started to diminish, pot making being one of them. Given the opportunity I chose to cover the life of a pot maker in kumhaar colony of Delhi. Kumhaar colony is located at quite a distance of about 2-3 km from Uttam Nagar East metro station. As suggests the name, people living in home in this colony are connected with soil in one way or the other. The colony is one of the oldest in Delhi. Decades ago, potters from Rajasthan, Bihar, Up, Haryana settled on the outskirts of delhi due to drought and poverty in their own states. Those families have now formed a largest settlement of potters in India. These families, with no formal training, have passed on the art from generation-to-generation. Here’s an excerpt of the conversation I had with Mahesh one of the excellent utensil makers in the colony.

20 to 25 years. Our father use to do this before  he taught us. Our whole family has been contributing in some way.

Profit is minimum. Compared to that the hard work, time and efforts it requires is too much. These days it’s the only profession that’s being passed among the generations in spite of getting least in return. The efforts we put doesn’t pays off well.

Mostly in the festival seasons – Diwali, karwa chauth and occasionally in summers, other than that there are hardly any sales. Designs of the products vary at different times of year based on their demands in that particular season or festival. Complete process of making clay products takes a lot of time, although we manage to sell these in bulk during festivals,  the profit we earn is never enough.

(check out a short video of him making a clay pot)

I had no other choice when I decided to become a potter. When I first came to this city I had no formal education and this was the only work I knew and chose to do it as I was left with other no option with four stomachs to feed.  Now, I am capable of sending my kids to schools I would never want them to do this. I want them to become like everyone else. I don’t even let them get involved with my work, I want them to focus on their studies.

Yes. In cities nobody uses clay pots anymore for water storage. Everyone have fridge nowadays. In diwali also people have started buying diyas made of plastics with attached lights. In 10 years or so there won’t be as many potters as there are now.

Long ago in 1970 Indira Gandhi visited gave his place a visit and promised an electric chaak (wheel) for each of the households here. Which was never delivered. After that none of the authorities have paid any attention to us. Although, some of the potters have started using electric chaak problem of electricity is still very substantial to us.  Everything is pretty much exactly how it has always been in here. 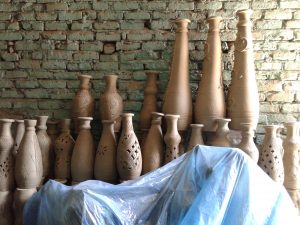 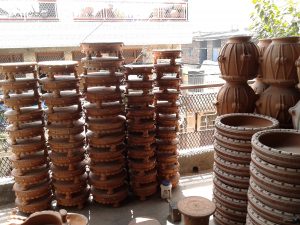 The Art Of Mehendi