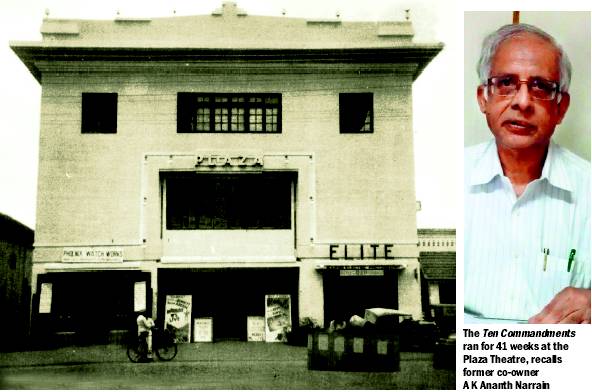 People are inherently social animals, unable to thrive without human interactions, and those interactions require a venue. It is not enough to see one’s family members and colleagues; mixing with or at least observing strangers and casual acquaintances provides the needed reassurance that one is part of a larger, vital, functional community. And how does one obtain that reassurance? Where does one go to learn about others, to gain new ideas, to expand one’s creativity? It is here where the public space plays its role.

Public space can be defined as a social space that is generally open and accessible to people. Roads (including the pavement), public squares, parks and beaches are typically considered public space. To a limited extent, government buildings which are open to the public, such as public libraries are public spaces, although they tend to have restricted areas and greater limits upon use.(Wikipedia)

With the emergence of urban cities the concept of public space slightly elaborated and it accommodated non-government-owned spaces (private spaces) like cinema halls and malls, which are examples of ‘private space’ with the appearance of being ‘public space’.

Though this is the standard definition for public spaces, every country has a different outlook towards the public spaces. For example: In many countries privates buildings or spaces have the appearance of being a public space, some having a charge for entry and some not costing a penny.

Under this concept of space come the most important places: the Cinema Hall /Theatre and Malls. The malls are of recent origin, but the cinema halls have played major significant role for several decades, serving public audience to explore stories, places, issues of importance and dreams that were mostly beyond their reach. This particular element of the cinemas enthralled the minds of the public, leading to the maximum utilization of cinema halls around the country. Thus India’s most prime public space can be considered as the Cinema Hall or Theatre.

Bangalore city is one such city in India that has many numbers of theatre’s since the sands of time. The cinema not only played a large role in entertainment of the public but also played a large role in the political life of the people. Hence cinema halls were an important arena of public space for the discussions of political, cultural and economical issues before and after movies were played.

One of the oldest cinema halls/theatre/ talkies was the Plaza Theatre. There is no other better example than this theatre for a refurbished public space in the present day. Plaza Theatre located on M.G.Road, Bangalore was a premier movie theatre that started operations in 1936 and had its last screening on March 17, 2005. It now serves as the central station for the Bangalore Metro. The theatre was started by Arcot Krishnamurty after refurbishing their original furniture shop. His love for cinema led him to travel to London, later coming back to set up a theatre of his own, which was modelled on the Plaza in the Piccadilly Circus in London.

The architect of Plaza was Richardson and Cruddas of Bombay  and the equipment for the new theatre was obtained from Century Film. There was also a ballroom and a Bar “Silver Screen Specials” in the balcony which conducted dances for the British soldiers with a live orchestra. On the first floor of the theatre was a 50-foot-square wooden dance floor, used for the annual Christmas Ball and New Year Ball, and for balls held to herald major motion pictures releases.

The second world war was the best time for the theatre when it did the best business with the influx of soldiers form many parts of the country but after independence the theatre struggled for a few years and it was only in the mid fifties with the popularity of Indian audiences for English films that the theatre started doing well again. For a long time the primary audience were Anglo Indian families. In the fifties going to Plaza was a major event for many families who treated it akin to going for a picnic with many preparing their trip, dressed in their best and a number of families would come from the other part of Bangalore- the old Bangalore.

I had the absolute luck to talk about the Plaza theatre to my Grand Uncle Mr. Unni Krishnan who has many vivid memories of the plaza.

“You have awakened so many old memories,” he tells me, as a young lad it was his favourite place to visit just like others of his age group back then. Apparently the children both boys and girls were accompanied by the elders. He fondly remembers the set routine of the theatre: Music for 15 minutes before the lights dimmed and the slide ads came on, followed by a boring B/W newsreel, trailers and then the main feature. In all, two-hours of movie excitement that had popcorn and other munchies, either brought to us by a vendor to our seats or from the kiosk outside. Plaza had three shows daily. Most movies played from Friday to Thursday. Ticket prices ranged from annas eight for the front stalls to Rs 1 and annas 12 for the highest seat in the balcony, the Dress Circle. A time when Crown Café, Brigade Road, had ice cream for annas four!

With the advent of multiplexes in the late Nineties, singlescreen theatres started running out of business. That’s when the family decided to sell the theatre. The last movie screened was Meet the Fockers — on March 17, 2005. The theatre was then sold to Shravanee Properties Limited, owned by a miner who wanted to build a commercial complex. But before he could get his project started, the BMRCL notified the space for Metro. The oldest surviving landmark on South Parade was brought down to make way for the Metro. Six years after the movie hall shut down, the family wants to preserve the city’s heritage by offering old photographs of Bangalore’s treasured cinema house for BMRCL to display at the station which stands on the other side. One is a black-and-white picture clicked in 1938 and the other a colour photograph taken in 1994.

Stages of Transition of Plaza Theatre:

Plaza Theatre has been a landmark in its own right. It provided great entertainment for the public since its establishment in 1936. It created waves by making a private space take up the role of public utility thus making a new kind public space in Bangalore city. As mentioned in the paragraphs earlier, the plaza became the picnic spot for generations to come until 2005. One significant fact that I was able to gain during my study of this space was that it has been refurbished twice during the 20th as well as the 21st century. Thus creating a “circle of space”; from a private furniture shop to a private theatre space (having an appearance of being a public space) to being a building of public space today.

Overall this theatre has been a witness to many testimonies of time. But alas, many have forgotten such a significant building once stood in the heart of this very city, providing several platforms for the public, be it political or entertainment.

Shahjahanabad: The Dilli that Delhi can never be!