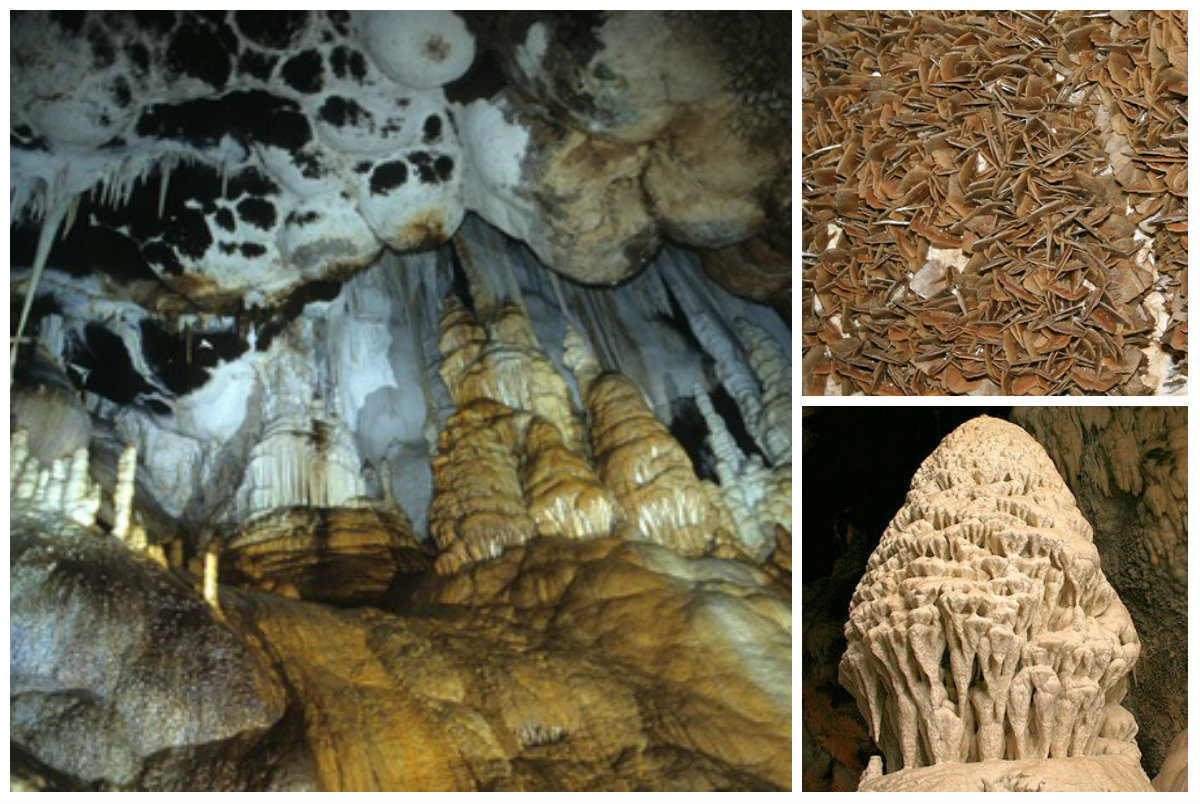 Iglesias is a commune and city in the province of South Sardinia in Italy. During the period of Spanish control, the city had a princely status. It was also a hub for mining lead, zinc, and silver. A photo tour of this ancient city is a must. Here’s a glimpse from our GoUNESCO intern, Francesca Demuro:

The Cave of Santa Barbara

The spectacular Cave of Santa Barbara is located inside the mine of San Giovanni in the territory of Gonnesa- Iglesias. It was a chance discovery by miners in 1952 during the excavation of a well ascending that served to transport the extracted material in the various levels of the mine. This vast natural cave presents itself in all its beauty. On its walls and vaults, there are tabular crystals of barite dark brown arranged in a honeycomb pattern. The large natural cavity also has rocks of ceroide limestone and silicizzata yellow dolomite that are formations from over 500 million years (Lower Cambrian). In the cave abounds stalactites and stalagmites formations, there are also concretions of calcite and aragonite.

The mountain Garden Linasia extends to a height of 9000 m in the state-owned Forest of Marganai- Regional Park Linas/Marganai. Its name derives from the nearby Massif of . Mount Linas. In its vicinity, there are buildings of state-owned forest of Marganai. Next to it is a small Museum Casa Natura which preserves archaeological finds of the area. There are minerals of unused mines of Massif Linas-Marganai and the Herbarium, the Conference Hall and a large guesthouse. The botanical species are typical of the Sardinian territory and many of them characterize the flora of Linas-Marganai. In April and May, with the flowering of most plants, it is possible to admire it in all its beauty.

The city walls of Iglesias have a length of 1600 meters. The walls are served to protect the city when the Centre belonged to the domains of the  Republic of Pisa and it was called Villa di Chiesa. The town was enclosed by a ring of high castellated walls, separated by 20 towers that formed a polygonal plan. The walls were a part of the urban development plan of the area started by Ugolino Della Gherardesca then continued by their successors. The fortification is perfectly suited to the nature of the land and the Castle, built on the Colle Salvaterra.

The ancient Square is the point of intersection of the main roads and paths of the historic city center. Its central location makes it a natural place for meeting and socializing. At its center is the public fountain called “su Maimoni“. This ancient fountain is difficult to date, but the period dates back to late 18th century. It was demolished for reasons of practicality in 1872. The Maimone in the Sardinian mythology is a rain and water deity. According to some researchers, the deity corresponds to the ancient Phoenician god of rain, while others say, it is of  Protosard origin, reinterpreted by the Phoenicians. Some even consider him a demon or the spirit of the well (Iglesias).

The historic Theatre Electra of Iglesias, is located in Piazza Picchi in the historic city center. Inaugurated in 2010, the theatre was built in 1930 as “Electra Cinema” as per the will of the pharmacist Pietro Murroni. However, managing the cinema became difficult and it was closed. In 1990, the place was renovated in Liberty architecture style and seats 180 people and hosts classical music concerts and dance performances.

Gnesina la fornara: A Taste of Heritage in Terracina