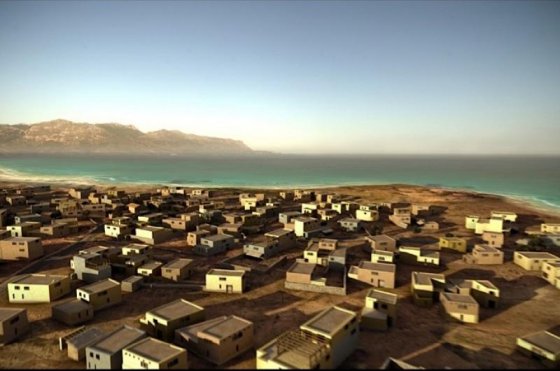 The English archaeologist Nicholas Flemming was the first to encounter the ancient city of Pavlopetri, off the coast of Southern Laconia in Peleponnese, Greece. Located off the Vatika Bay, the remains of the ancient city lie just a few meters from the clear waters of the shore. The Bronze Age city is estimated to have flourished from around 3000-1100 BC, undisputedly making it the oldest submerged city till date.

A year after Flemming’s encounter with the submerged paradise, a team of experts from the University of Cambridge analyzed the remains over the course of one and a half months, using a grid system in order to divide and segment the site into specific areas. Based on the excavation and analysis, a conceptual plot of the city was created in order to produce a better idea of what it looked like when functional. The remains were said to extend further Southward to Pavlopetri island, where traces of material evidence were observed, as compared to the high-density findings at the underwater site. A few cursory findings were observed, including chert blades composed of obsidian, specimens of pottery and shards, as well as bronze figurines, which indicated the era of time during which the settlement flourished.

Further excavations were conducted in 2007-2009 by scholars from the University of Nottingham in collaboration with the Greek Government, and it was observed that the  walls that formed the boundaries of the city were still quite intact. This provides testament to the durability of Classical Architecture. Several burial sites as well as rock cut tombs were unearthed during the process, which was assisted by the Hellenic Ministry of Culture to a great extent.

Pavolopetri was decoded to be a harbour of key importance, facilitating trade with several settlements along the Mediterranean. Unlike other underwater settlements unearthed in recent times belonging to the Bronze Age, Pavlopetri is seen to have a well-structured underlying plan behind its construction, which points towards its advanced state in the cultural context of its existence.

The five-year project that ensued after 2009 was aimed at de-constructing the history and survivability of the site, subject to the wear and tear of natural forces such as waves and currents, as well as anthropogenic factors such as pollution and anchor pulling. It was understood that the causes of its submergence and disappearance in 1100 BC was natural, attributed to a rise in sea-levels, or earthquakes.

In 2016, Pavlopetri was declared as a site under the World Monuments Watch spearheaded by the World Monuments Fund in 2015. The Watch aims to draw awareness to the conservation of archaeological data and cultural heritage sites on a global level. Thus, Pavlopetri becomes a standing example of invaluable submerged evidence that could be protected through the UNESCO Convention on the Protection of Underwater Cultural Heritage, through collaboration and conservation that transcends the local, and draws assistance from several cross-cultural sources.

Underwater caves: art, fire and bones beneath the sea