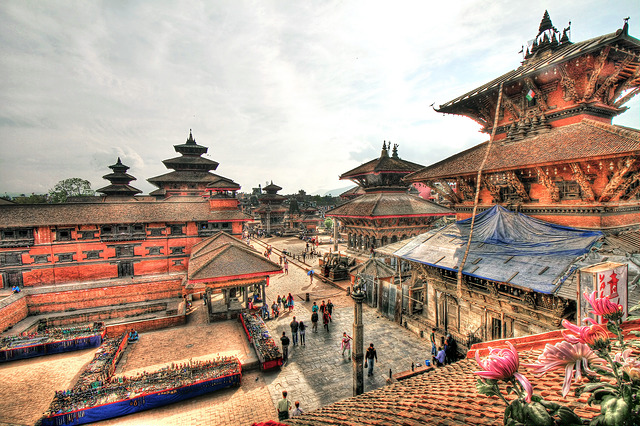 Patan(Lalitpur),one of the oldest cities in Kathmandu is known for its artistic heritage and is believed to be the oldest Buddist city in the world. With 136 courtyards and 55 major temples, it is surrounded with an array of Hindu temples and Buddhist monuments.Patan is surrounded by Stupas on its cardinal points, and these famous structures which give the city its artistic architectural look. The structures are said to have been built by Emperor Ashoka.

The square is filled with carvings of shrines, temples and ancient structures. The centre of religious and social activities  is the former royal palace complex (which also houses a museum). There are three main courtyards or Chowk; central Mul, Sundari and Narayan courtyards. The Sundari courtyard holds a masterpiece of stone architecture known as Tushahity (Royal bath).

Patan square is home to many tourist sites.These include; the Patan museum (which specializes in bronze statues and religious objects), HiranyaVamaMahavihar (inside the upper story of the pagoda are the images of lord Buddha and a large prayer wheel), the Golden Window, the Mahabouddha Temple, and theKrishma Temple.

A trek to the Paro Taktsang Monastery in Bhutan

Navratri: The festival of Indian Goddess