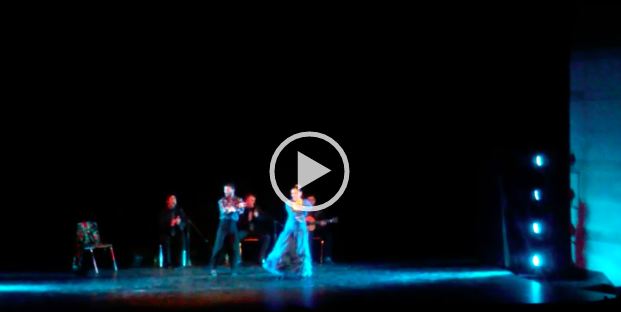 Having being busy for the whole week, 14 Feb 2016, gave me the much needed break. I was invited for the Spain –India Summit 2016 organized by Spain Embassy in India, celebrating 60 years of relationship between India and Spain. As per the invitation, I along with my family, we reached the Lotus Temple auditorium at 6 pm, where welcomed by the Spain delegates. We were so excited to see the vibrant colours of Spain. We found our respective seats and waited for program to start. The event started with a speech from the Spain ambassador, who spoke on Spain- India relations history to international relations and then he told us about the traditional dance “Flamenco”. He told us that Flamenco is an art form native to the Spanish regions of Andalusia, Extremadura and Murcia.

The word “flamenco” is derivative of “fire” or “flame”, as it is a dance of intensity and passion. Flamenco is made up of four elements, Cante(voice), Baile(dance), Toque (guitar) and the Jaleo, which roughly translated means “hell raising” since this element involves hand clapping, foot stomping, and shouts of encouragement. To me, it looked somewhat familiar to the Indian classical dance form Kathak. They also mentioned that this dance originated somewhere around mid-pacific region. The rhythm was forcing me to dance and play guitar like them. The moves, tapping ,clapping and moving their hands along with guitar rhythm made our feet bound to tap like them.

At last we headed for our home. We were trying to dance like them while walking toward the metro station and after reaching home we still hadn’t had enough of the dance. One thing that stayed with me was the message they imparted at the event; never forget your own traditions and culture, every culture has its own importance and vibrant colours in the world.

There are about 150 traditional dance (or maybe more) in India, which are losing their prominence. If we failed to recognise it and give it a place in our society maybe these dance forms will be lost forever. One way we can help revive these dying dance forms is by giving it international and national status.