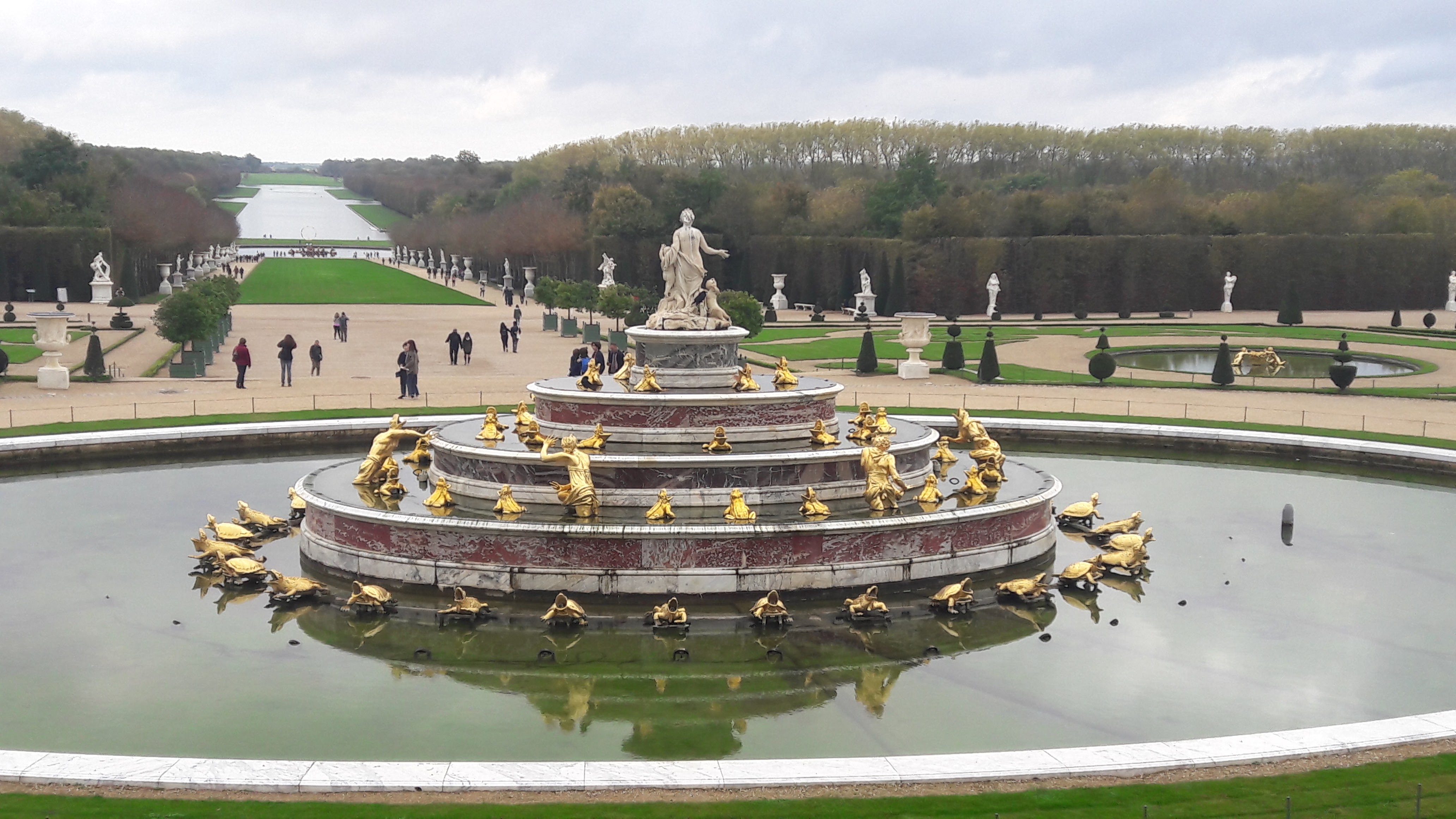 As A History teacher, I have always been fascinated by royalty and longed to visit the famous Palace of Versailles, also known as Chateaux de Versailles to witness its sheer opulence. In October 2017 I got an opportunity to visit Paris and I decided to visit the Palace, which is located at a distance of just 20 km from the center of Paris.

On a cold morning my French friend and I drove to the Palace, and as we reached the gates, I was bewitched by the beauty of the royal abode. It now functions as a museum, so we bought a ticket worth just 20 Euros and entered the Palace along with other Tourists. Though it was quite cold, and also early in the morning, there was already a long queue of tourists patiently waiting to go inside to take a tour of the majestic palace .
The palace was first built as a hunting lodge by King Louis XIII in 1624, andlater enlarged into a grand Palace by King Louis XIV. The work was completed by 1715. The Palace has 700 rooms and nearly 2000 windows,1250 fireplaces and 67 staircases.

The Grand apartment consisted of rooms for the king and the Queen. The King’s apartment consisted of seven rooms, each dedicated to the then known planets and their associated Roman deities .The Queen’s apartment served as a residence for three Queens of France. One of them was the famous Queen, Marie Antoinette, who was the wife of King Louis XVI. The grandiosity of the King’s and the Queen’s bedrooms was just dazzling and I was enchanted by the fact that the drapes and furniture were still intact, and well maintained. You really come to feel that the Royal family still stays there.

After taking the tour of the apartments of the royal family we entered the alluring Hall of mirrors, also known as Galieres des Glaces, where the famous Treaty of Versailles was signed. The Hall is 70m long and there are 17 wide arcade mirrors. Charles le Brun painted 30 scenes as a testimony of early reign years of King Louis XIV on the ceiling. The room was constructed between the time span of 1678 to 1689.

A visit to France absolutely warrants a stroll through the Palace, as it is a marvel for the eyes!

The Vittala temple at Hampi

The Fortress of Suomenlinna: Standing the test of time