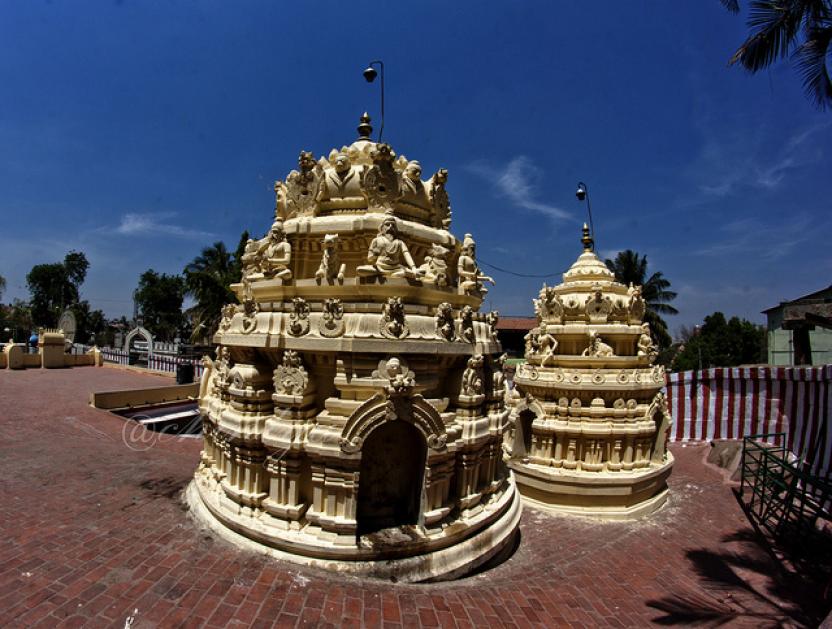 The Gavi Gangadhareshwara temple, also called as Gavipuram cave temple, located in Bengaluru, Karnataka is said to be one of the oldest temples in the city.

Apart from being an outstanding example of rock cut architecture, the temple is famed for being flocked by thousands of devotees every year on the auspicious day of ‘ Makara Sankranti’ , in order to witness the rare occasion of the sun rays that pass through the horns of the Nandi and fall on the Shivalinga. The temple was built on the combined principles of astronomy and archaeology.

The shrine is a protected structure under the Karnataka Ancient and Historical Monuments, and Archaeological Sites and Remains Act 1961.

There are many fascinating theories as to how the temple came to be built. To read more  such enthralling facts about the temple, click here: http://www.deccanherald.com/content/591334/celebrating-rich-heritage.html