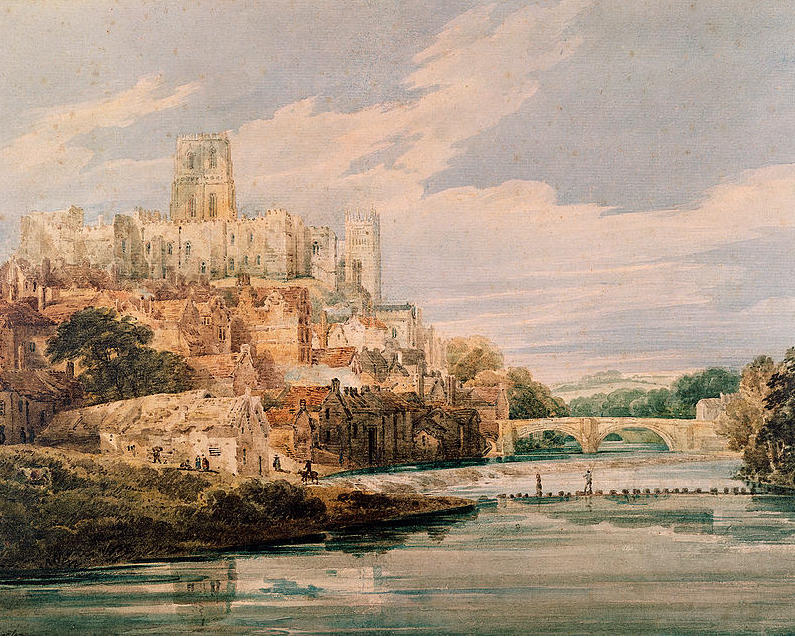 Fulling, tucking, walking, waulking (in Northern Britain) and milling (Nova Scotia) are some of the English terms for both the scouring (soaking and beating to remove dirt and grease) and milling (beating and pressing to thicken the cloth) to manufacture woollen cloths. From the Middle Ages to the late modern period, mills performed the scouring and milling, with such mills called a pandy in Welsh.  However, electricity rendered fulling mills run on waterpower archaic.

From the High Middle Ages, there was a mill on the River Wear in this position.  In 1416, Durham Priory bought the mill from the Bishop of Durham with the priory building another mill, converting one to a fulling mill then reverting the mill to a corn mill by 1509, known as the Lead Mill and Jesus Mill.  The dissolution of the Benedictine priory led to the successor Dean and Chapter; the combined mills became known as the Abbey Mill.  In 1833, the University of Durham rented the mill for a museum until 1876, when the University Museum moved to Bishop Cosin’s Almshouses.  In 1956, the University of Durham rented the mill for the Department of Archaeology building before the department moved to Saddlergate (Saddler Street) in 1975 and the building became an archaeological museum.  In 1998, the Old Fulling Mill disaffiliated from the Department of Archaeology and joined the University Museums Group.  In 2013, the museum closed to relocate to the Palace Green Library, with the exhibition in the Wolfson Gallery opening in July 2014.

The Department of Archaeology, Durham University, leases the building from the Dean and Chapter of the Cathedral Church of Christ, Blessed Mary the Virgin and Saint Cuthbert of Durham in the City of Durham, County Durham.

As a ‘riverside location prone to flooding’ (Museum of Archaeology), the adaptive reuse of this historic building presents additional challenges.  Although converting the building into a tearoom sounds appealing, with the beautiful riverine views, passing trade would have already passed multiple cafés en route and diversifying the trading options would prove difficult in such a wet location.  However, as an arts and crafts centre, the building provides the opportunity for the university to expand the provision of the Faculty of Arts and Humanities and the Centre for Visual Arts and Culture, while creating impact in the community through training.  Ideally located in the centre of Durham and beside the World Heritage Site, the centre could run workshops and courses advertised through the World Heritage Site Visitor Centre and Palace Green Library.  As a complementary feature, the building could also develop the microhydro scheme already appraised, with the environmental and touristic bonus.
Durham Castle and Cathedral – United Kingdom of Great Britain and Northern Ireland