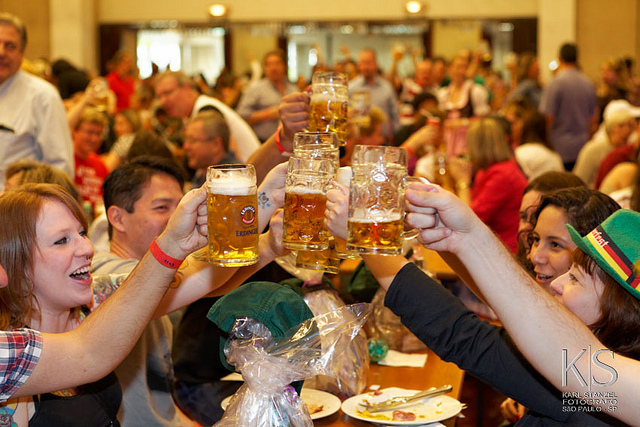 Traditionally, beer for Oktoberfest was brewed from the beginning of March for it to age through summer and hence the name, Marzenbier(March beer).

Being 6 percent higher in alcohol level, stronger and darker than regular beer, a litre of it is good to add you to the beer corpses of Oktoberfest!

Munich, the largest city and the capital of Germany has been the site for a communal fiesta since 1810. At the time the then Bavarian Crown Prince Ludwig wanted to mark his 12th marriage with great pomp. So he named the meadows “Theresienwiese” where the celebration was held, after his bride, Princess Therese of Saxony-Hildburghausen. The guest list included all citizens and this marked the very beginning of Oktoberfest.

This German grandeur is reasonably the largest beer festival the world has seen. Oktoberfest is an important asset of the German cultural heritage. However, the culture seems to have altered in odds and ends. A fete from the bygone era which has grown in leaps in the holds great importance in terms of modern times is bound to have undergone considerable modifications.

While the ferris wheel, roller coaster, fair and game counters create an atmosphere of the centuries past, the increased number of concerts, bands and a humongous footfall has turned the aesthetic celebration into a tourist attraction. After beer, it’s the food that’s the highlight in the merrymaking today. Delectable pork sausages go perfectly with an ice cold mug of beer. Folk music is inherent to Munich, but new age music has also been incorporated to satisfy all ears.

The genres of rock, disco and indigenous music are on a constant shuffle inside the beer tents. A horse race, which was originally an annual ritual, was last held in 1960.

An important ritual that is still undertaken is the Costume and Riflemen’s Procession. This traditional parade was first held in 1835 to commemorate twenty five years of the royal wedding. Over seven thousand participants in their traditional costumes and uniforms march across the streets of Munich. Men wear a pair of Lederhosen leather shorts with braces and flaps while women wear tight bodices called Dirndls and high-wasted skirts. Munich, at this point of time, seems to be set in a time warp. 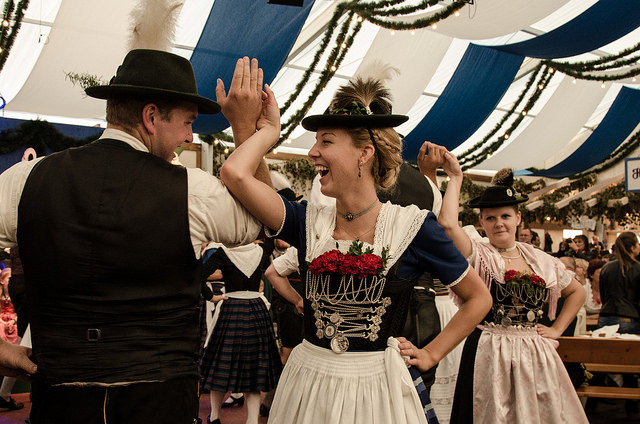 Apart from the Oktoberfest, there are many other beer festivals celebrated in the country. “Barthelmarkt” is a compact beer festival of four days. Held in the small town of Oberstimm, this is a rather humble celebration. Another similar celebration is held north of Germany in the month of July, namely the “Hannover Schutzenfest”. This 500 year old custom has marksmen competition as one of its many special attractions.

“Bierborse” is another beer festival that travels across twenty cities in Germany all round the year. The “Munich Fruhlingsfest” has acquired the surname of “Little Oktoberfest”. This one is held during springtime and is a microcosm of the September-October gala. This too is held on the grounds of Theresienwiese.

Beer to Germany is paramount. “Beer needs a homeland” is one of the ancient sayings and Germans swear by it. Their land is home to 40 types of beers and 5000 types of beer brands. The jollification of the beer fests is associated with the diverse and ancient background of this beverage, and Germans are committed to their beer culture which in turn preserves their fascinating cultural heritage.

‘Catch them young and teach them about culture and heritage’

The History of the Belgian Waffle