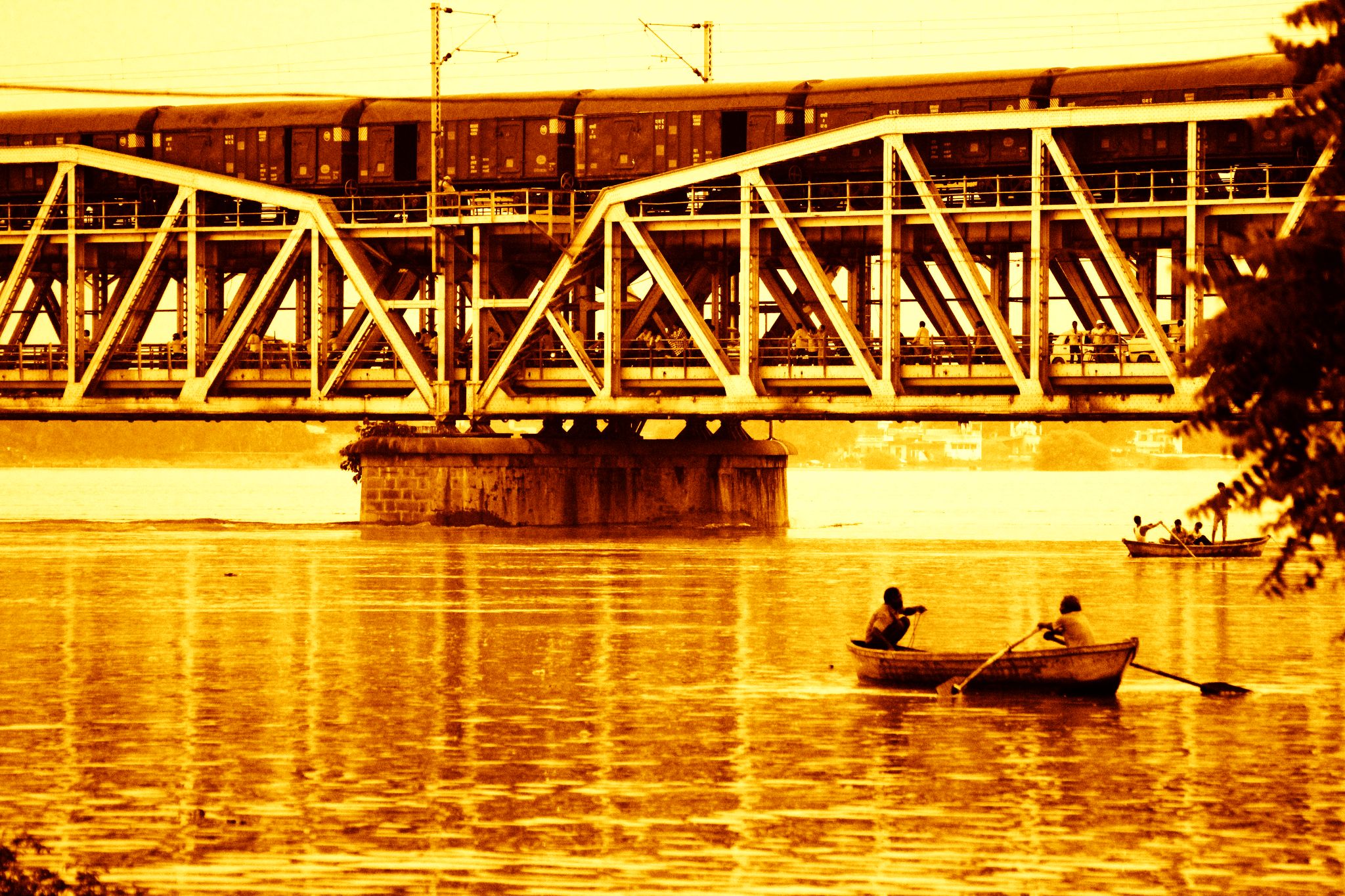 Delhi has a long past and history that goes back to the time of Emperor Ashoka when he placed a rock edict there in 3rd century BC. Delhi’s current landscape is a blend of many cities built at different periods. The historicity of Delhi encompasses story of all these cities; number of those goes up to 16 and still mesmerise its inhabitants and visitors.

The modern-day Delhi has many layers of history of overlapped and extinct cities that are still preserved and present in the monuments and remains of its past.  The natural landscape of this area with the River Yamuna flowing on one side, provided a site to establish cities at various epoch. Among all the remains and monuments there are some curious structures such as viaducts and bridges built over River Yamuna and its various streams that must had served vital links:

Among the viaducts that still exist, the premier one is the Satpulah (Sat means number seven and pulah is bridge) built by medieval Sultan Muhammad Bin Tuglaq during 1324-51. It is an interesting construction, and originally it was a part of city walls of Jahanpanah considered as the fifth or sixth historic city of Delhi. It was built to allow the stream to pass and act as a security wall.

The seven arches of this building derive its name Satpulah. Now standing alone, once it was a dam that supported irrigation and water solution to the city of Jahapanah; a bridge over the stream and provided security with bastions at both ends being part of the outer wall. This is an important structure giving insights to the sultanate period’s engineering.

Another bridge near Wazirabad (sometimes called the wazirabad pul/bridge) that has been constructed during the Tuglaq reign by Ferozshah during 1351-88 AD covered another tributary of the Yamuna. It has nine arches and piers. Originally built with rubble masonry and covered with lime mortar once decorated too. Current status of this bridge is not very good; it is neglected and restored with cement.

Athpulah has been constructed by Nawab Bahadur, a Mughul nobleman during the reign of Akbar. The Ath means number eight and refers to its eight piers. This bridge has a beautiful curve and a very evocative structure situated in the Lodhi Gardens.

The gardens have existed since the time of the Mughals who used this area as observatory as well. In between, it was also known as Khairpur ka pul (The bridge of Khairpur) due to its vicinity to Khairpur, a village. Later, during the in 1936, the village moved from this site and it was landscaped by Lady Willingdon and came to be known as Willington Park.

It was named Lodhi Garden after 1947. The bridge was constructed to cover a stream that went through this area and probably joined the Barah pula nala further south which dropped into the Yamuna. The bridge has still maintained is beauty and purpose.

Barahpulah is called so, because its arches are supported on 12 piers. It was considered the prettiest bridge in Delhi and its decorative minarets rising from the road level were its striking feature. Built during Jehangir’s reign (1605-28), this 214-metre bridge served as major  link on the Delhi-Agra road. Presently it is lying between Humayuns tomb and tomb of khan –e- khana in Nizamuddin Area.

The Mughal period reportedly built other bridges too, such as the Pontoon bridge (Bridge of boats)   by Jahangir which was said to be rebuilt by Bahadur Shah Zafar. It is said that this bridge witnessed the Meerut cavalry movement to the city on the morning of May 11, 1857 and later fleeing of Delhi residents fleeing the city. On October 7, 1858, Bahadur Shah Zafar, the last Mughal emperor left Delhi over this bridge in a bullock cart that lead him to the journey of his banishment in Rangoon.

The reign of Shah Alam’s saw the construction of Kauria bridge (a bridge made of cowries or snail shells,the lowest denomination of coins) by Shad Khan, an afghan nobleman who was in-charge of collecting a tax paid in cowries.

The bridge was constructed with that wealth to cover the Saadat Khan canal, which flowed through this area and from Chandani Chowk to Daryaganj still exists in its renovated form.

Just after the 1857 revolt, the British built the Mansa bridge between Salimgarh and the Red Fort that served as a connection to their railway bridge. The Mansa is said to be a latter-day version of Jahangir’s bridge, though some think Farid Khan was the one who constructed the Salimgarh bridge during the Sur dynasty.

The Old Yamuna Bridge is the latest one counted as historical and serves as a reminder of the British period. Work on the bridge started in 1863, barely five years after Bahadur Shah Zafar had been exiled to Rangoon (present day Yangon), and finished in 1866.

It is an important railway bridge that still connects Delhi to Allahabad and further to Kolkata. The bridge has survived many floods and up to this day, the water level of the Yamuna is measured at the bridge.

The viaducts or the bridges from different eras have their own history and stories to tell. These important remnants of the past have withstood many events around them. Their original function and state have been considerably altered; once, the clean blue water of their streams underneath has now  turned dark — just as their future.

Vernacular Architecture in Germany- From Fachwerk to Gründerzeit