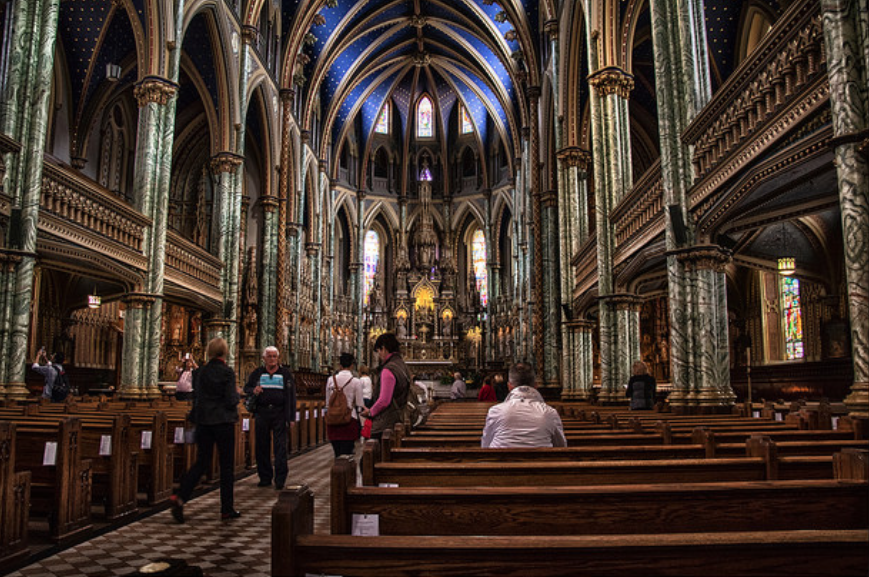 Notre Dame de Paris also known as the Notre Dame Cathedral. It is marked by its use of Gothic architecture, and was built during the Middle Ages. A visit to Paris is incomplete without visiting the famous cathedral.

The Cathedral is built at the Eastern end of the Ile de la cite in Paris, on the ruins of two earlier churches.The Cathedral was initiated by Maurice de Sully,the Bishop of Paris, who, in 1160, converted it into single building form two churches. The foundation stone was laid by Pope Alexander III in 1163. The choir, the western facade, and the nave was completed by 1250 and the porches, chapels and other embellishments were added over in next 100 years, only to be completed by 1345.

The interior of the cathedral is 427×157 feet in span, and the roof is 115 feet high. Two massive Gothic towers adorn the western facade, which is divided into three stories. The door is adorned with fine Gothic carvings and surmounted by rows of figures of Old Testament Kings. The two towers, which serve as a tribute to Virgin Mary are 223 feet high: and the spires which were initially planned were never added. At the cathedral”s east end there are large Windows supported by single arch flying buttresses of the more daring Rayonnant Gothic style.

The belfry has the biggest bell of Notre Dame; the Emmanuel, the bourdon or Tenor bell, that weighs 13 tons. Tourists can see it before entering the panoramic terrace that affords a 360 degree view over Paris.

The Cathedral was damaged during the French Revolution ,but Violett le duc was put in charge for its restoration. Later Napolean planned his coronation here. A Gothic masterpiece listed as a UNESCO World Heritage site, the cathedral became a legend thanks to Victor Hugo’s novel,”The Hunchback of Notre -Dame, published in 1831. Notre Dame now has become the most visited religious buildings in the world with 13 million visitors per year!

A heritage walk at the Bahadurgarh Fort

Dochula Pass – Way to the kingdom of Peace