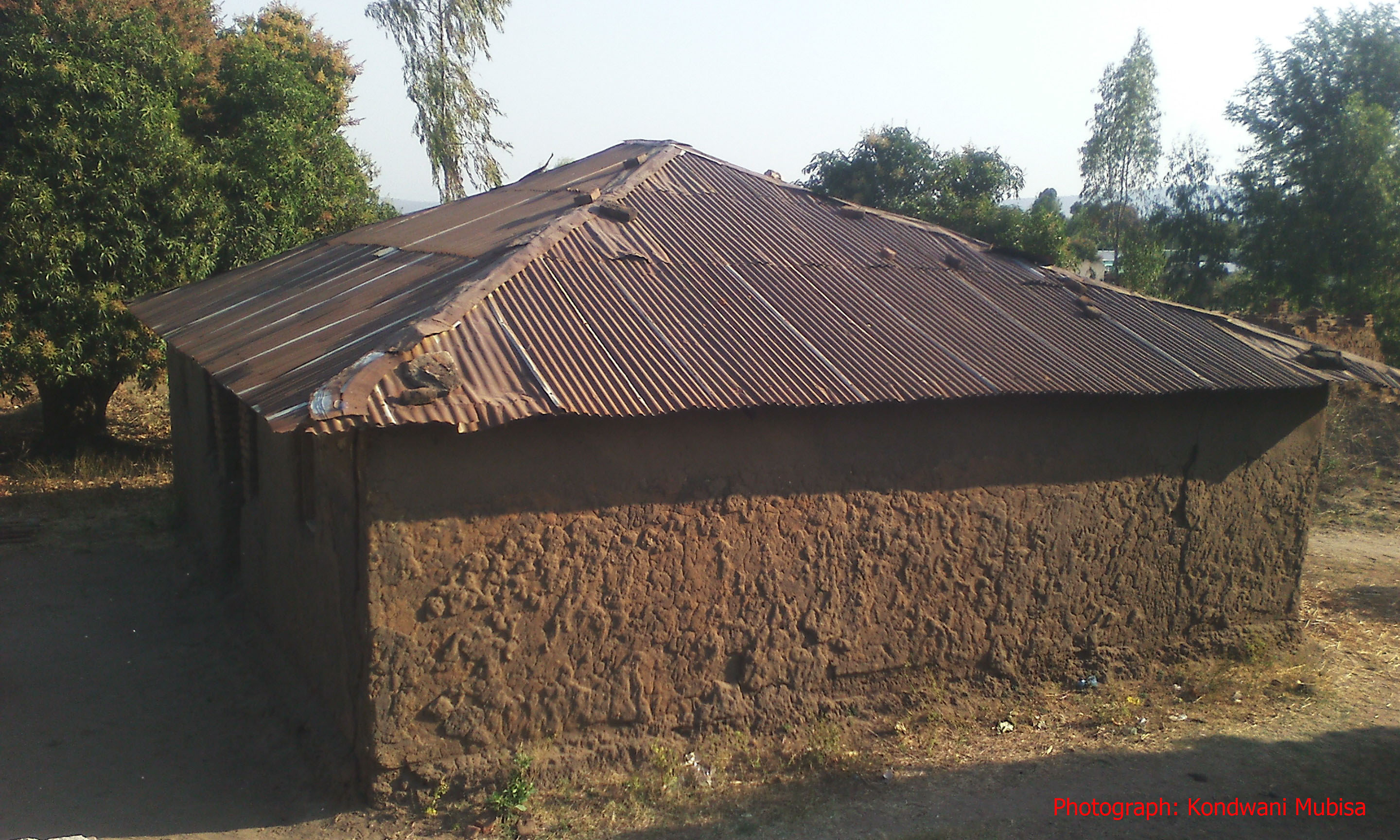 Malawi, commonly known as “The Warm Heart of Africa” is a nation with diverse cultures. Among the cultures include; The Ngoni, the Chewa, the Tumbuka, the Lomwe, the Yao, the Sena, the Ngonde, the Lambya, the Tonga, to mention but a few.

These cultures are identified with sundry traditions and life styles. In this article, we explore one of these cultures in terms of their vernacular building traditions. We travel hundreds of miles away from the capital city Lilongwe heading to the Northern part of Malawi in a district called Karonga.

Karonga District is a home for the Ngonde people. The Ngondes who are alternatively called the Nyakyusas are led by a very respectable chief who goes by the royal title known as the Kyungu. Apart from food, dressing and beliefs, these people have unique traditional building styles especially when building their houses. To gather more information, I caught up with one of the custodians of the Ngonde culture at Karonga Museum.

According to him, the most common traditional architectural styles used in the Ngonde culture are the Libanda, Ngomi and the Syenga. These three traditional building styles are similar to each other. They all use locally available resources like grass called Busote, wood (Mayengo, Mbalabala), mud (Ilifu), ropes (Ingoye), bamboos (Indasi) and sometimes hard rocks (Mabwe).

The Libanda takes a rectangular shape like many other common buildings. However, instead of a thatched roof with two sides as is commonly practiced, this traditional style has four sides i.e. two covering the lengths and two covering the width but all sides meeting the central pole (Mtaliko) at the pinnacle. The Ngonde’s Libanda has high and wide doors that do not require stooping when entering or exiting the building.

The Ngomi, on the other hand, is very similar to the Libanda. The common difference is the design of the roof. The Ngomi can have multiple stylized roof sides. It can also be built with more than four side walls depending on the plan.

The Syenga is also another building style in the Ngonde culture. It is not a common traditional design among the Ngondes but it is very common in other cultures like the Ngoni. Its roof takes an umbrella shape but the actual building could be circular or rectangular in design. 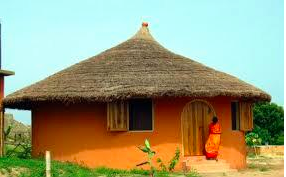 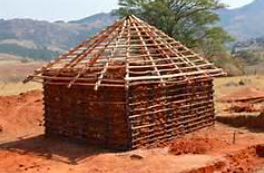 Overall, the types of poles used in all these building styles are those from hard woods like the Mulama or the Mukoma (coconut trees). The ropes are harvested from special tree barks with tough fibre that can resist termite attack and can help hold parts together for a strong structure for quite a long time. The mud is usually kaolinite clay and not the dambo clay which easily forms cracks. In places where rocks are prevalent, the rocks are used to erect the walls. The choice of materials to use depends on the accessibility of the materials and the topography. However, all these materials are trusted to help build a really strong traditional building.

It should be mentioned however that in the wake of infrastructure and architectural development, these three vernacular building styles have been abandoned and many people prefer the modern architectural styles at the expense of their traditional architectural styles. This is a worrisome development as it cuts people off their culture thereby losing their identity in the process. It is however pleasing to note that other people choose to fuse the traditional styles with the modern styles in a way of sustaining and conserving their building styles.

managed to find one. This building happened to be the house of one of the former leaders of Ngondes, the late Kyungu Stanford Mwanyongo. It building style of house falls in the Libanda category and was built in the early seventies. According to family members in the royal family, the Kyungu had built two of such houses for his two wives. These houses were built using bricks, mud, coconut tree wood and corrugated iron sheets. By then, the house was the largest in the community and was the only corrugated house as well. This defined his status as the great leader of the Ngonde tribe.

Of special interest is a small white house just in front of the abandoned house (see pictures below). It is said to be the resting place (vault) of the Late Chief. However, many people claim that the little house is just a dummy as all Kyungus are buried at Mbande Hill some kilometres away to the western side of Karonga Town. This uncertainty comes about because the burial ceremonies of the Kyungus are patronized by chiefs only and according to the Ngonde beliefs, great leaders cannot be buried during the day, so, burial of the Kyungus always takes place at night. 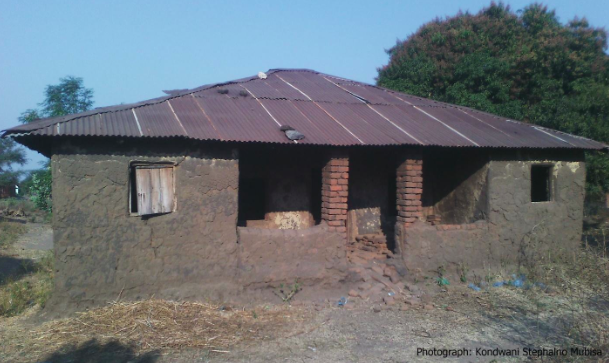