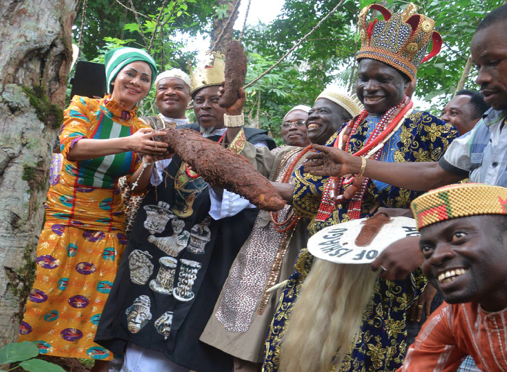 Igbo people hold a celebration known as new yam festival which is called Iri ji, Iwa ji or Ike ji depending on the dialect. This takes place at the end of rainy season which represents the wind-up of harvest.

The foremost crop to be harvested is yam, as it is the crucial and most productive yield of the region. The festival is held to illustrate the prestige of yam in the cultural life of Igbo people and to give thanks to God for the germination and yield of new yam. Prior to the new yam festival, previous year’s yams are consumed to make room for the new harvest which is believed to be fresh. The event of the new yam festival is very paramount in the timetable of the Igbos all over the world.

The Igboukwu  festival is celebrated yearly by the indigenous communities of Igboukwu in Aguata Local Government Area of Anambra state. A lot of fun and displays of elegance masquerades and many other cultural phenomena take place.

On a yearly basis, people from different parts of the world attend the occasion to partake in the culture of Igbo people. Dignitaries like traditional rulers, governors, commissioners and foreign grandees flock to the region to take part in the festivities.

The Gusle: Exploring the music of Srpska