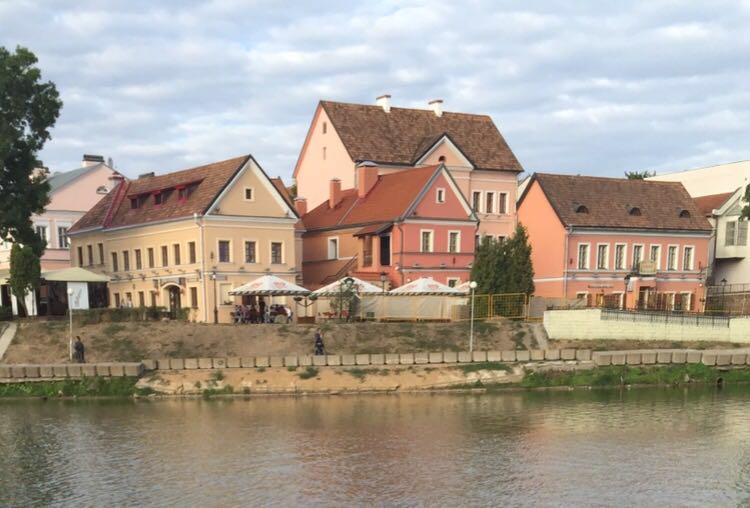 “The Iaroslavichi responded in unison and with brutal urgency. Marching north though the late-winter frosts, they first reached Minsk: ‘and the people of Minsk shut themselves into the town. And the brethren took Minsk, and slaughtered the men, and the women and children they took captive. And they went to the [river] Nemiga, and Vseslav went to oppose them. And the two sides came together on the Nemiga, on the third day of March [1067]. … the two sides went against one another. And there was great slaughter, and many fell [1]”…” The battle became embroidered in legend: “the bloody bank of the Nemiga are not sown with blessings: they are sown with bones of the sons of the Rus”[2].

The very first written reference about the city is found in the Primary Chronicle by 1067 and it was done by the legendary chronicler Nestor. Mensk, Menesk is referred because of a battle between Polotsk prince Vseslav and the son of the Kiev Prince Yaroslav the Wise. This battle was one of the most tragic events for several centuries in the Middle Age history of Rus.

The Primary Chronicle of Minsk began its history many centuries before the present day. The city can tell a long history with interesting and often tragic stories and events, which created essential public spaces for modern vibrant city. The exact time of the founding of Minsk is unknown.

According to critical researchers of public spaces, space is not only constituted through social interaction and contemporary social practices. The organization of social interaction impacts cities’ public spaces’ functions . “Far from being the realm of stasis, space and the spatial are also implicated in the production of history” [Massey, 146]. Since then, it took many years and there was built Minsk again with its center around the river Nemiga. However, we celebrate today the Chronic birthday of the city – the first human tragedy in the history of Minsk. Around the both banks of Nemiga river is one of the main social life center in Minsk, where are located historical center and one of the most popular part of city for social interaction.

Minsk has many different suburbs and one of the most essential and significant from historical and cultural points of views is Trinity Suburb. It is well-known as Trojeckaje Pradmiescie, which is the oldest existing district of modern Belarusian capital. The suburb is located on the branch of river Nemiga. Nowadays Minsk residents call “Nemiga” the area from the 8th of March square along Nemiga to Romanovska Sloboda streets.

On the 30th May in 1999, one of the most tragic event in the history of modern Belarus took place on the site of Nemiga’s suburb near the same name river’s bank and the 8th of March square. A sudden strong rain interrupted a beer festival there. Because of a strong hail, youth rushed to the side of the underground passage of the metro station “Nemiga” in order to hide from the heavy rain. Wet steps and girls’ heels led to massive fells of people. Bad organization of the festival security stimulated a hinder of people flow in the first minute. As a result, more than 150 people were injured and 53 died, almost all-young people between 14-20 years of age [4]. Memorial “Roses” was erected in Minsk at the entrance to the “Nemiga” subway station with 53 metallic flowers on May 30th May in 2002. The composition of monument contains 40 roses and 13 tulips, where the rumpled flowers with broken stems at the memorial are symbolized died youngsters (40 girls and 13 boys). The monumental inscription on the steps says: “53 scars on the heart of Belarus”[4]. Moreover, there is a small symbolic marble chapel with an Orthodox cross on the left of flowers and a metal plate with the victims’ names of this tragedy and a passage from the Gospel of Saint John.

Nemiga is an essential public place with tragic symbolic memories for an urban culture of Minsk and Belarusian history. Memorial “Roses” in Minsk is a meeting place for many young people and romantic dates. The phrase “shall meet at the roses” is clear to everyone in the capital now.

Plaza Theatre: An Ode to an Illustrious Public Space

The Extraordinary Crafts of Indigenous Australia