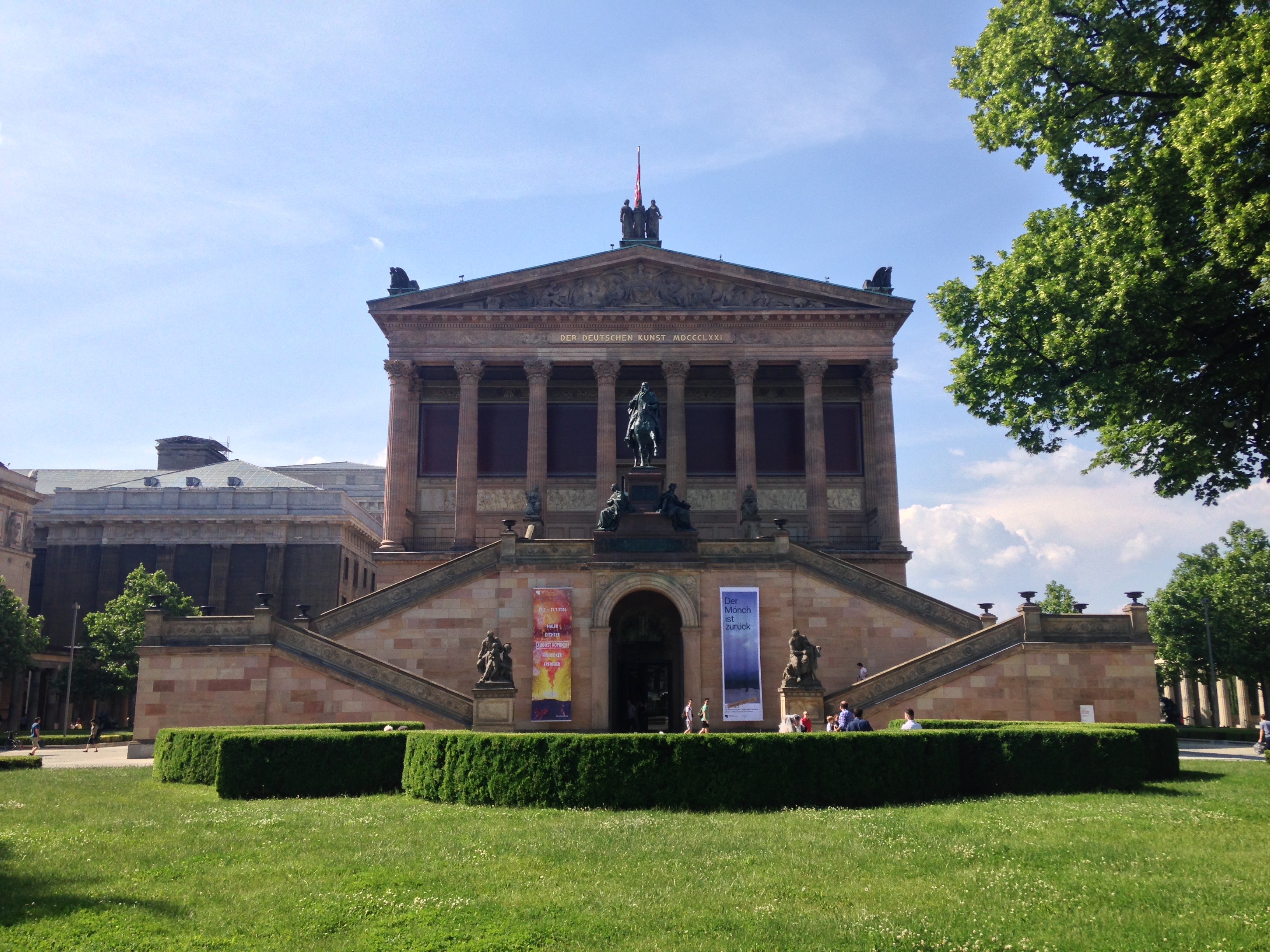 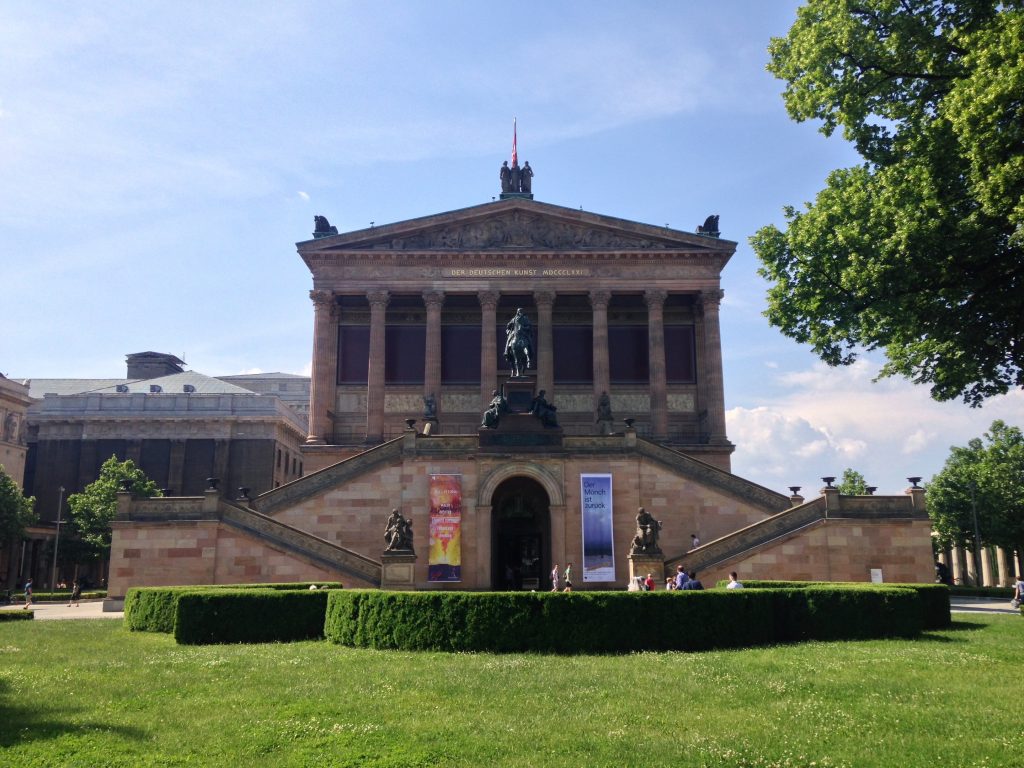 Leaving the small agglomeration of cottages one approaches a swampy meadow. To the east the river Spree splits into two streams which reunite only a few hundred meters downstream. The meadow is thus embraced by the slowly running river. Trees seam the waterside and sheep graze on the lush vegetation. Apart from some villagers who occasionally collect fallen fruits or try a catch a fish in the murky waters the meadow is not touched by the inhabitants of the nearby town.

This might have been the scenery a visitor of Cölln perceived in the 13th century. Then, nobody would have thought that the swampy meadow would one day host a number of internationally recognized museums and some the worlds finest collections of art and antiquities.

Over the centuries the cottages on the southern side of the tiny island in the spree river develop ed into the town of Cölln, which became one of the two cities to form the German capital Berlin. For a long time the northern part of the Spreeinsel (the island surrounded by the river Spree) remained a meadow. It was only in the 17th century that the electors of Brandenburg started to drain the swamps and built the Stadtschloss, which became the seat of the of the electors of Brandeburg, the kings of Prussia and the German emperors. The northern part of the island was a princely pleasure garden until the „Soldier King“ Frederick William I converted it into a reloading point for local trade. In 1797 the archeologist Aloys Hirt suggested to erect a pavilion to showcase treasures of antique and modern art. Thus the idea for public art collection in Berlin was born. 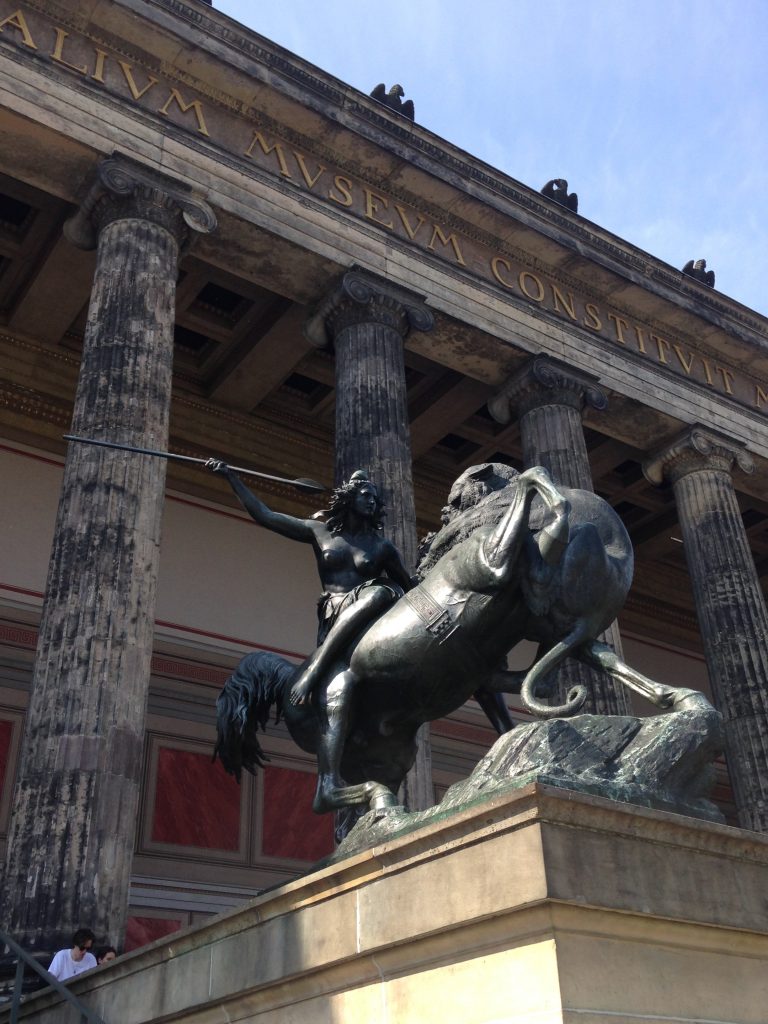 In 1822 Karl Friedrich Schinkel, one of Prussia’s most influential architects who significantly shaped Berlin as it is today, devised the plans for a complete rearrangement of the northern half of the Spreeinsel. A complex of museums and several bridges, to connect the arising complex were envisaged. Wilhelm von Humboldt, together with his brother Alexander one of the most defining personalities of the German cultural history, was named chairman of the Commission  of the Erection of the Museum. In 1830 the Alte Museum opened its doors. It was the first museum on the island and the first public museum in Prussian history. To this a day it hosts an enormous  collections of antiquities. One hundred years later the Pergamonmuseum became the final addition the building complex.

But the construction works did not stop then. The Nazi regime planed to add four vast buildings, which among others should have hosted a Germanic and Egyptian museum. The planed buildings were so huge that the Monbijou Palace would have had been teared down to create space for the megalomaniac plans of Albert Speer. It came differently. During World War II 70 percent of the museums were destroyed and partly left in ruin for the coming decades. The Neue Museum was the last building to be renovated. It reopened in 2009 and the famous Nefertiti Bust returned to its ancestral home. The last addition to the complex is planed to be finished in 2020. Almost 200 years after the Alte Museum was completed. 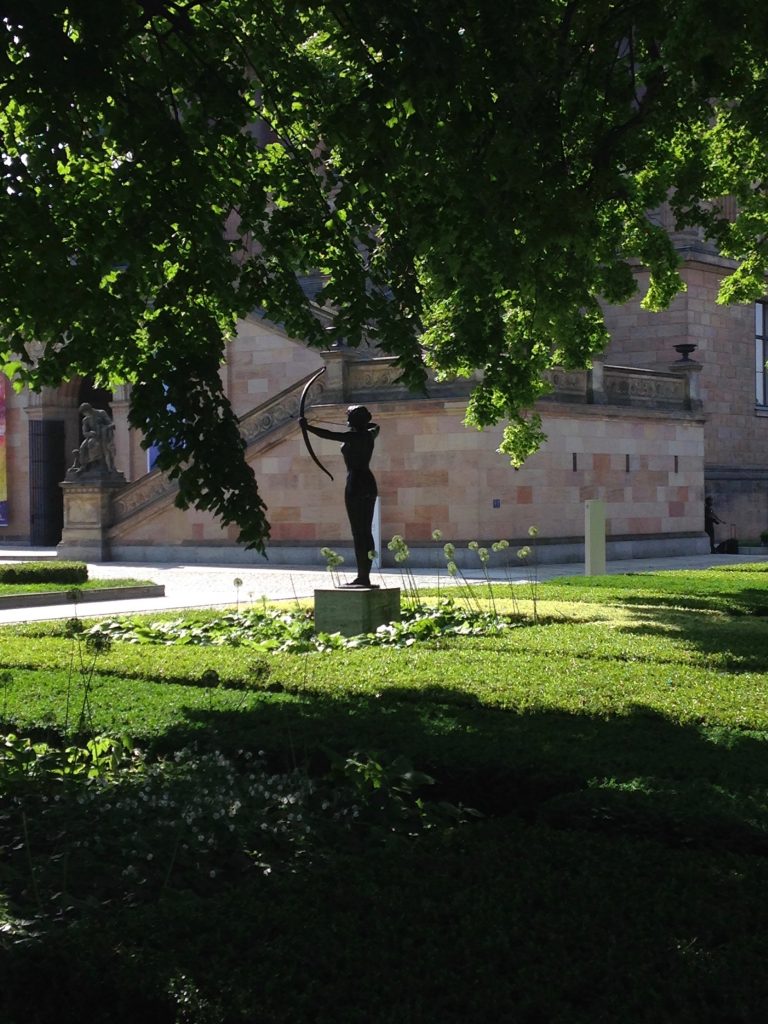 Today the Alte Museum, Neue Museum, Pergamonmuseum, Alte Nationalgalerie and Bode Museum host works of ancient egyptian, greek and roman masters, tableaux of Caspar David Friedrich and Hans Holbein the younger, the Ishtar Gate and the Pergamon Altar, coins and medals from the middle ages. They cover a period of more than 3000 years. When visiting Berlin mosts tourists stop to marvel at the classical architecture and the cultural treasures in it.

While the museums look back on a history of more than 150 years the term Museumsinsel is much younger. Only in the 1870s it became the common designation of the northern Spreeinsel. It was also then, that it was decided that  this part of the island should only be home to art and architecture. The swampy  meadows of old Cölln made thus way for a unique collection of 3000 years of human heritage. The UNESCO decided to honor the Museumsinsel as a world heritage side with particular cultural significance in 1999.
Museumsinsel 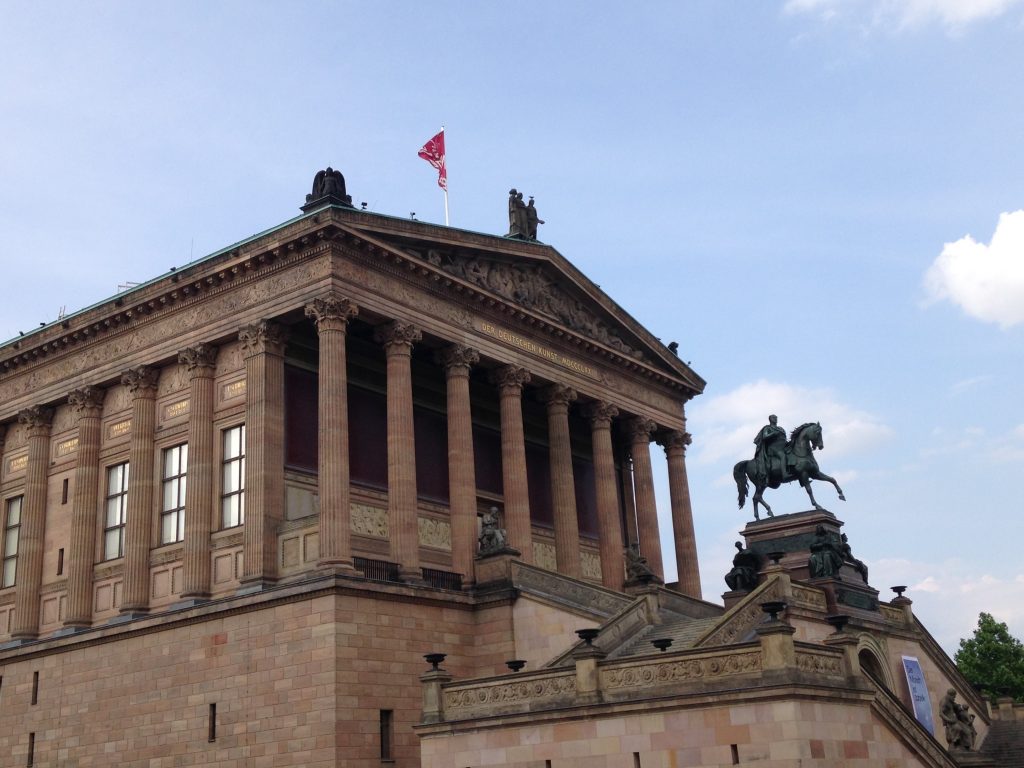