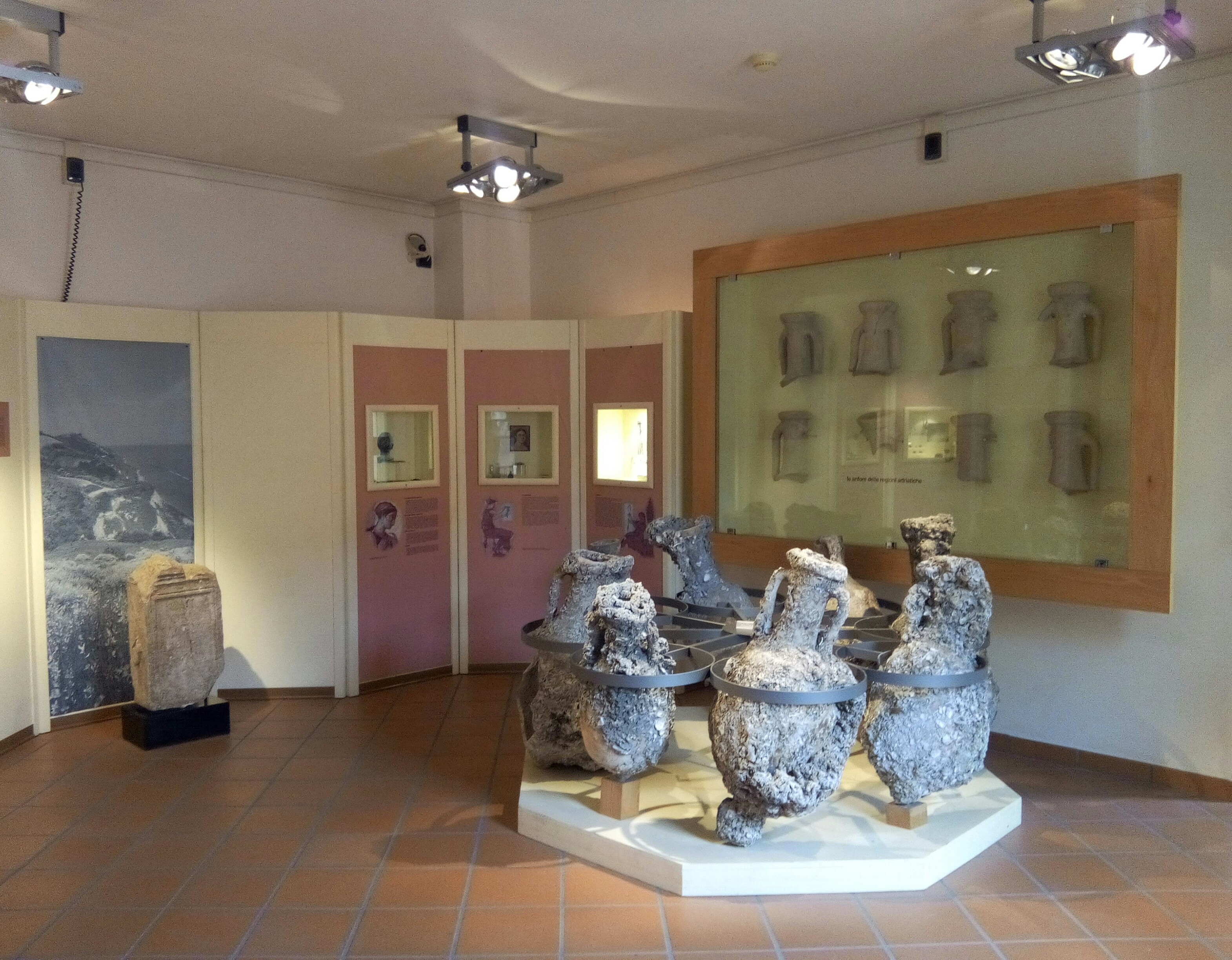 My name is Mattia Messina, I am very linked to my territory and I would like to have the possibility to share its beauty with other people. I am currently collaborating with the FAI association (Fondo Ambiente Italiano – Italian National Trust), whose mission is to << promote a tangible culture of respect for Italy’s natural heritage, art, history and traditions and to protect a legacy that forms a fundemental part of the roots and identity of the italian people >>, as you can read on its website. I share this idea and the one of the UNESCO organization, << developing intercultural dialogue through education, science, cultural, communication and information >> and for this reason in 2015 I got my High School Diploma in foreign languages and literatures and I registered at University, pursuing a degree in International and Diplomatic Affairs, to work in International organizations.
In the area where I live there are countless cultural sites to visit, such as the city of Urbino (UNESCO’s World Heritage Site), the Malatesta Temple in Rimini and many others.
Unfortunately I couldn’t take part into the #makeheritagefun event on Sunday, the 20th December, because I was sick, so I decided to visit the cultural site on Wednesday, the 29th December. 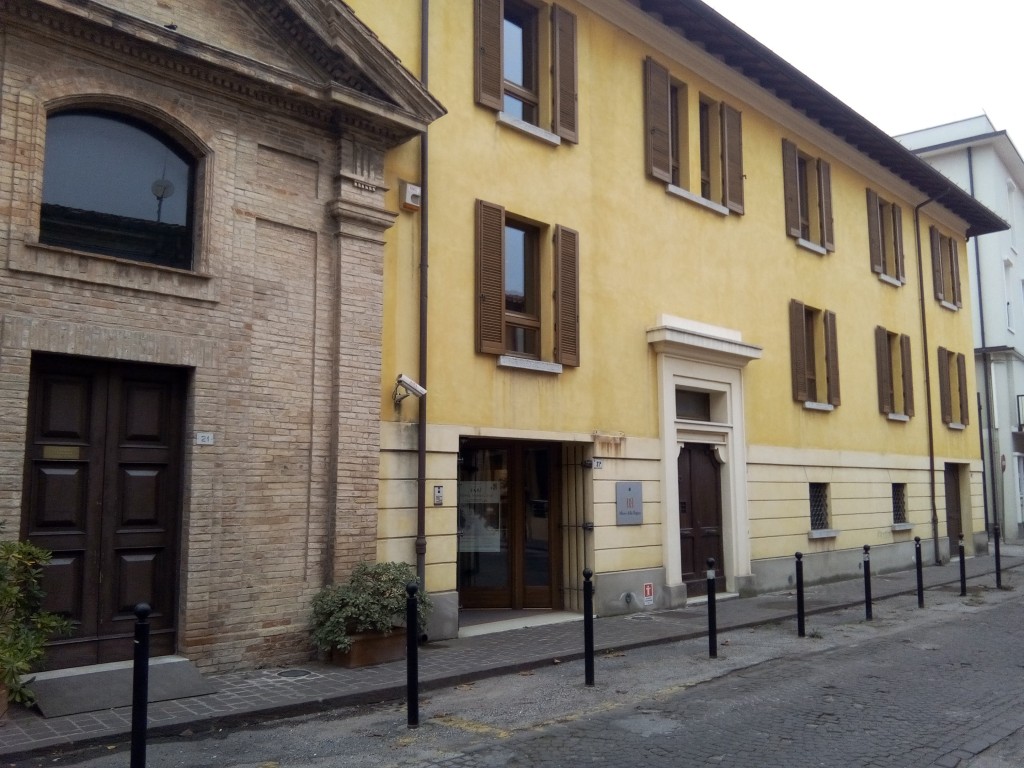 This is the ‘Museo della Regina’,  or ‘Museum of the Queen’, located in Cattolica, the city I was born in 20 years ago. Last summer I worked there as a touristic guide, and among the many things I learned, one is that there has never been a queen in Cattolica: the queen is the city itself. In fact, during the 20’s, Cattolica was called ‘the Queen of the Adriatic Sea’ for touristic purposes. 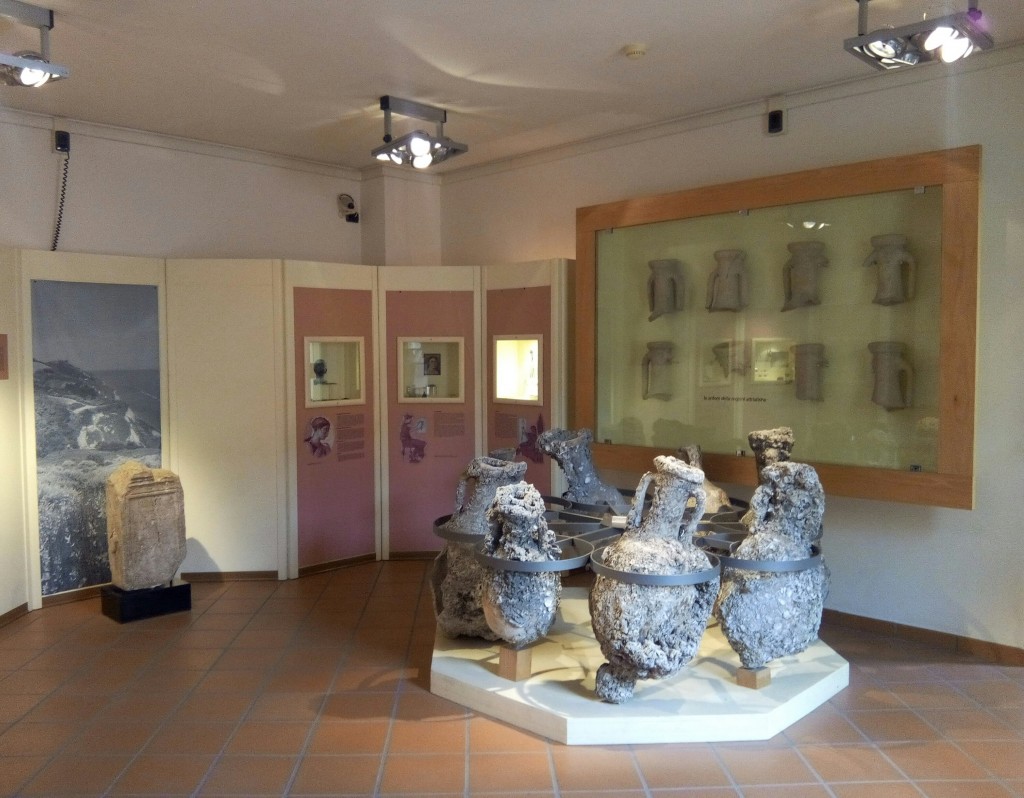 The museum is now what ‘Ospedale dei Pellegrini’ (Pilgrim’s hospital) was many years ago. The building was built in 1584 and transformed into military barracks in 1839.  A hundred years later, in 1931, a new building was designed, which hosts from  1997 the historic public collection of Cattolica.  The collection is mainly composed of objects that belong to two main issue groups: roman archeology and local maritime history.

The first floor stores some ancient roman objects that have been found during the archaeological excavations in the area of Cattolica. The cultural itinerary of the museum starts with grave goods of the tombs found along the ‘Via Flaminia’ in San Giovanni in Marignano. The roman tradition of burying the deads near the busiest roads (according to social-economic hierarchies) reveals the passage of the important roman road in this area, linking S.Giovanni to Pesaro, passing through Cattolica, of course.

The next step of the exhibition path is the room containing the scale models of the stopover places along the ‘Via Flaminia’ and the household equipments found in one of the ancient buildings during the excavations.
The archaeology section also includes floor mosaics from villas in the area of Cattolica, along with amphoras, vessels, glasses, painted ceramics, coins, sculptures, black varnish ceramics. The majority of it is part of private collections donated to the municipality.

The second floor of the museum focuses on local maritime history and its legends.
The exhibition path of the maritime section starts with the presentation of tools for construction and maintenance of fishing boats, which were very important for the local economic development during the past centuries. 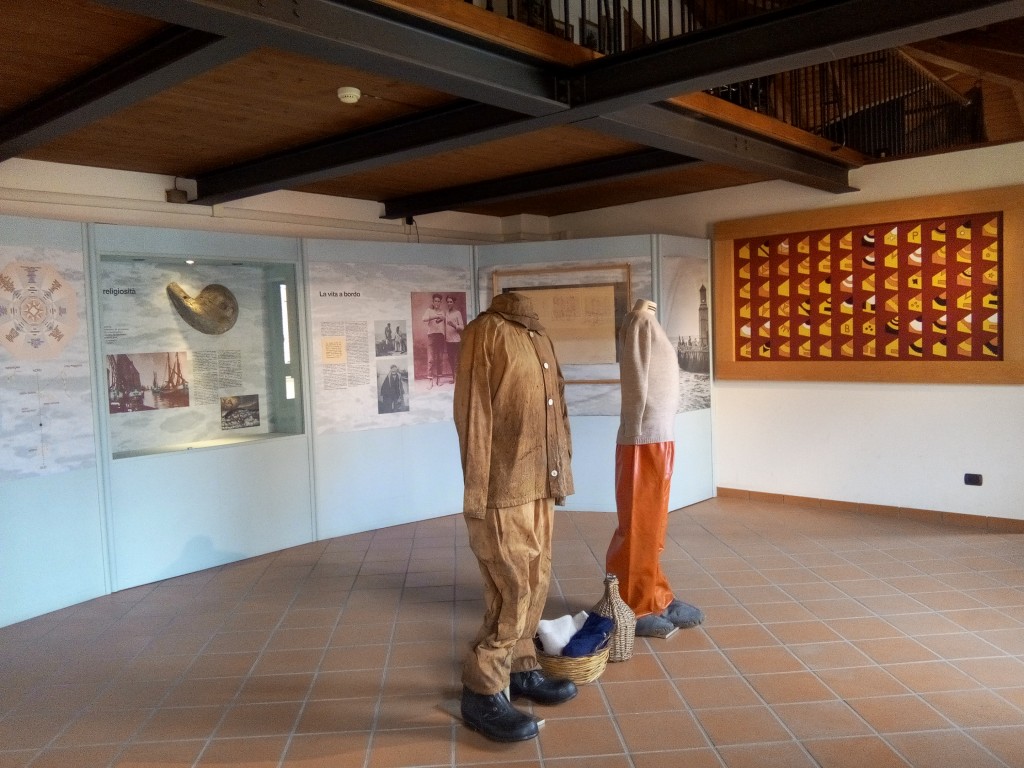 The second room hosts scale models of three fishing boats ad a real anchor, while the third  shows different kinds of flags. Each of them has different colours, due to the belonging family: thanks to the colours of flags people could recognize their relatives on their way home and know they were still alive (the mortality rate was very high between fishermen).
This room also contains original sailor clothes  and one “Occhio di Cubia” (Cubia’s eye). It is one of the famous eyes of the boats, which became the symbol of the city of Cattolica and was used to propitiate fortune.

The last two rooms are dedicated to fishing equipment, for example fish nets, hooks and naval instruments such as radars, marine engines, barometers and many others.
In winter and especially in summer many interesting events take place in this museum. Children and adults are invited to join the experts to create roman bracelets, mosaics and enjoy many other activities.

Come to visit it! You will discover ancient cultures and the history of Cattolica!