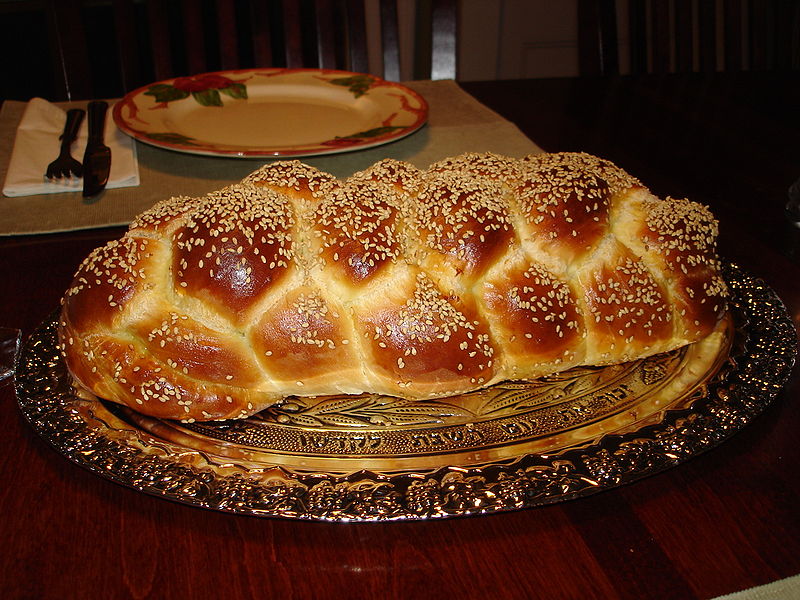 For most Australians, the main way we experience and interact with different cultures is through food. Recipes and culinary traditions have traveled with migrants from across the world, and now populate our restaurants, cafes, and dinner plates.

The positive impact migration has had on Australian taste buds is plain at places like Melbourne’s Lygon Street, and during events like annual Night Noodle Markets. However, has the impact been as positive for the migrants themselves? Have their food traditions continued in their new home?

To discover the effect living in Australia has had on food traditions within families, I talked to six people from migrant families. Their insights were both heart-warming and enlightening.

How and why are food traditions passed on?

Whether through handwritten recipes, cookbooks, or memory, food traditions can be easily transported to the world and passed down through the generations. First generation migrant Helen is insistent that this process will occur in her own family, saying that as food was part of her culture, and that “I would like to see this tradition passed on to my kids and grandkids”. In this statement is Helen’s broader hope that her descendants will always remember, and be proud of their Greek heritage.

Food is special, as it can be recreated almost anywhere in the world and not lose its strong associations with a particular place. For example, Sahil discussed seafood dishes that are distinctive to Goa, a coastal state of India. Despite being so tied to the history and landscape of Goa, these dishes can be recreated in Sahil’s kitchen in Australia, and continue to remind him of the uniqueness of his culture. This reveals the power of food, as it can provide a migrant with a link to their heritage even when they are spatially removed from their homeland.  In a similar way, their descendants will have this connection, even if they have never visited their relative’s birthplace.

More simply, migrants can gain a sense of comfort from familiar foods. Sally said that an important reason she continued to eat food from her birthplace of Hong Kong was that it brought a sense of familiarity. The comfort gained from eating traditional food extended to her son, Vincent. Despite being born in Australia, the flavors of Hong Kong were familiar to him, and reminded him of his family.

Eating is often a communal experience, and all my participants discussed eating traditional foods with their family. Vincent noted that his family eats Chinese food mainly at dinner, a time when the family will all sit down together. At these times, food helps him connect with his parents and trigger discussions with them about their past in Hong Kong. Sahil also cited dinner as the main time he eats traditional Indian food and said that eating this food with his family allows him to connect to his heritage in a very tangible way.

For both Vincent and Sahil, these moments of family togetherness, facilitated by food, allowed them to feel connected to their culture through the presence of the relatives who embody this heritage.

Food can also be used to remember and connect with those who have passed away. Ineta explained that she feels she is being watched over by her late grandmother when she cooks Latvian food using old handwritten recipes. In a similar way, Bethany associates many foods, both traditional and non-traditional, with her late grandparents, and memories of being with them. She reflected that food, Jewish festivals, and memories of her grandparents were very much connected in her mind and explained how every Passover, a festival she says to her is ‘mainly about food’, her family will read the words of her grandfather and the advice he left them.

Migrants and their families can also connect with a broader cultural community over plates of food. For most people I interviewed, food was very strongly linked to traditional celebrations such as Chinese New Year, Passover, or Greek Easter. These are moments when they are able to come together with other people who share their cultural background, and celebrate their heritage. Helen said that she felt most connected to her heritage when she went to church and Greek dances. Though food is part of these moments, it is just one element of a wider expression of cultural identity which includes music, religion, and community. This was typical of my participants, as they reported that the food itself, though important, was only one element of the festivals and celebrations which most strongly connect them to their cultural identity.

A perfect recreation of a food tradition is not always possible in a new kitchen. Some ingredients cannot be sourced in Australia, such as the turtles Sally would require to make a traditional Cantonese soup. The size of the migrant community can also impact on the continuation of food traditions. As Sahil explained, a large number of Indian migrants in his region makes it easier to access authentic ingredients. In contrast, Bethany said that though her family usually try to eat challah on Shabbat, it is often difficult to find it in her area.

Sometimes migrant families adapt food traditions to reflect the new life of the family. Ineta noted that due to her family’s busy schedules, they tend to cook Latvian dishes only on weekends, as many are very time-consuming and not practical for them as a daily meal. New values and concerns may also lead to the creation of new traditions. As Bethany explained, her family has created a new Passover tradition of placing an orange on their seder plate, as a way to recognize the contributions of women. It is important to note, however, that this new tradition still makes her feel connected to her grandparents, particularly as she believes they would have loved the symbolism. This reveals once again how it is not the particular foods which link people to their heritage, but the meaning and memories associated with them.

Through my interviews, it became clear that food, family, and heritage are very strongly linked. Ultimately it is not the food itself which helps migrants and their families maintain links with cultural identity. Instead, it is the power food has to trigger memories, convey meaning, and to bring people together.

From Germany to Namma Bengaluru