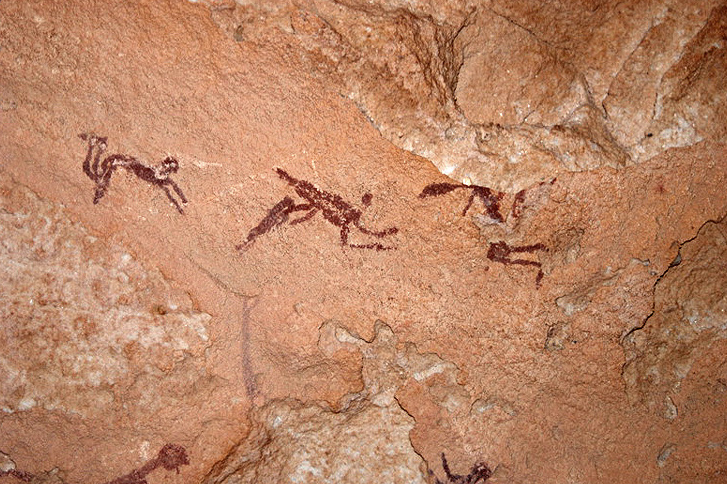 Swimming is one of the most popular organized sport in the world today.  Though swimming featured in the Olympics Games since the very inception of the sporting event in 1896, it is interesting to note that prior to the 19th century swimming was not a popular sport.

However, I am not going to dwell into the evolution of swimming as a sport but share some historical evidence on swimming. History of swimming dates back to the Neolithic Period though during those days, it may have been utilitarian in nature as opposed to a leisure or a competitive activity.

Introducing the Cave of Swimmers, the prehistoric rock painting located in Wadi Sura, in the Gilf Kebir plateau, in Sahara. Estimated to be 8000 years old, these painting were discovered by the Hungarian explorer László Almásy in the 193os.

So do you think Michael Phelps has done our ancestors proud?

Wadi Sura, is popularly referred to as the ‘Painted Valley’. Cave of Swimmers is just one of the prehistoric rock painting sites in that area. Learn more about these painted marvels through this short documentary on ‘Prehistoric Paintings in Gilf Kebir‘ by the Heritage Key.

Stand-up comedy: The past, present and future

Border: Bollywood’s Homage to The Battle of Longewala, 1971