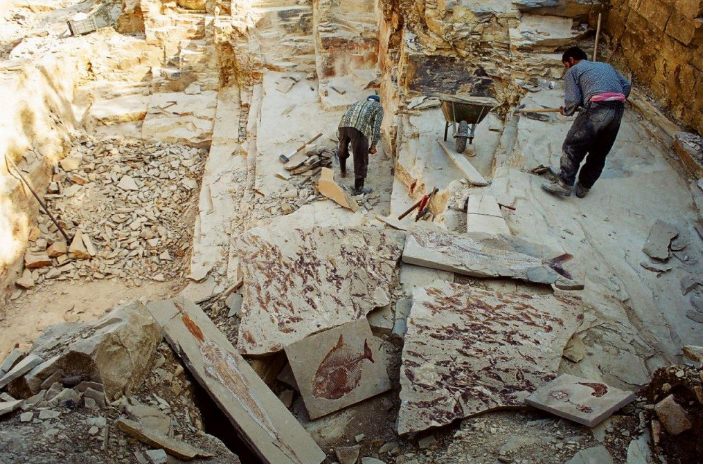 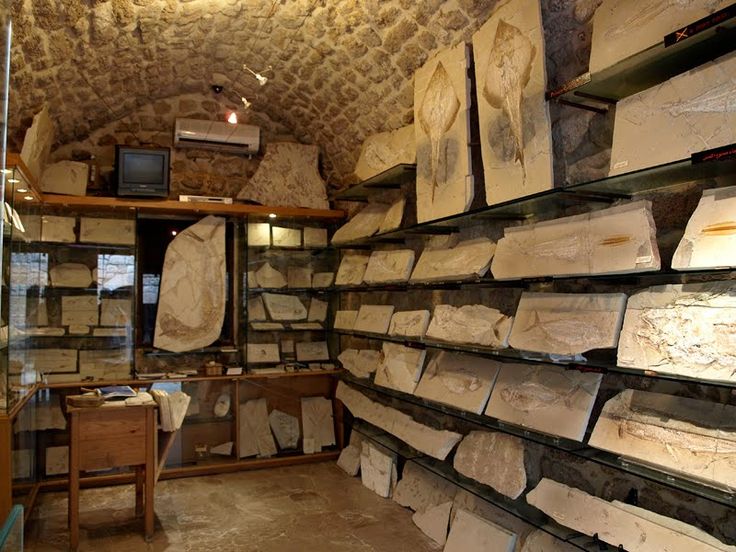 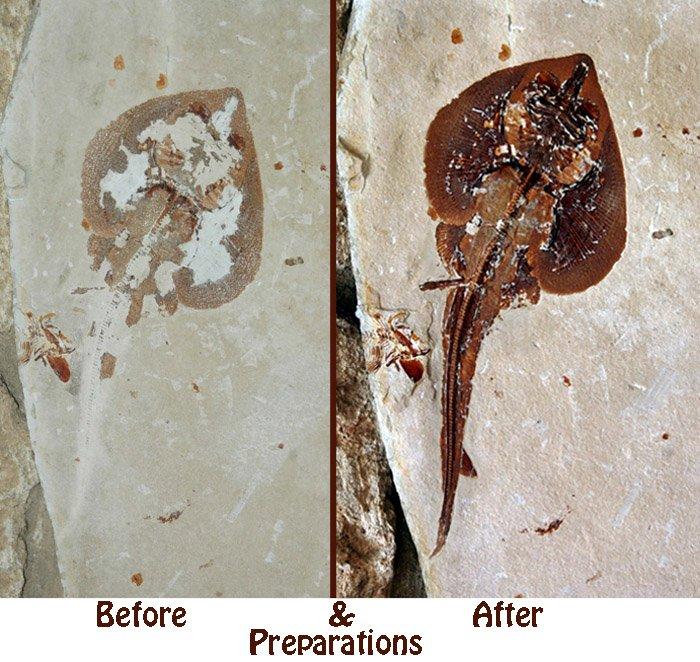 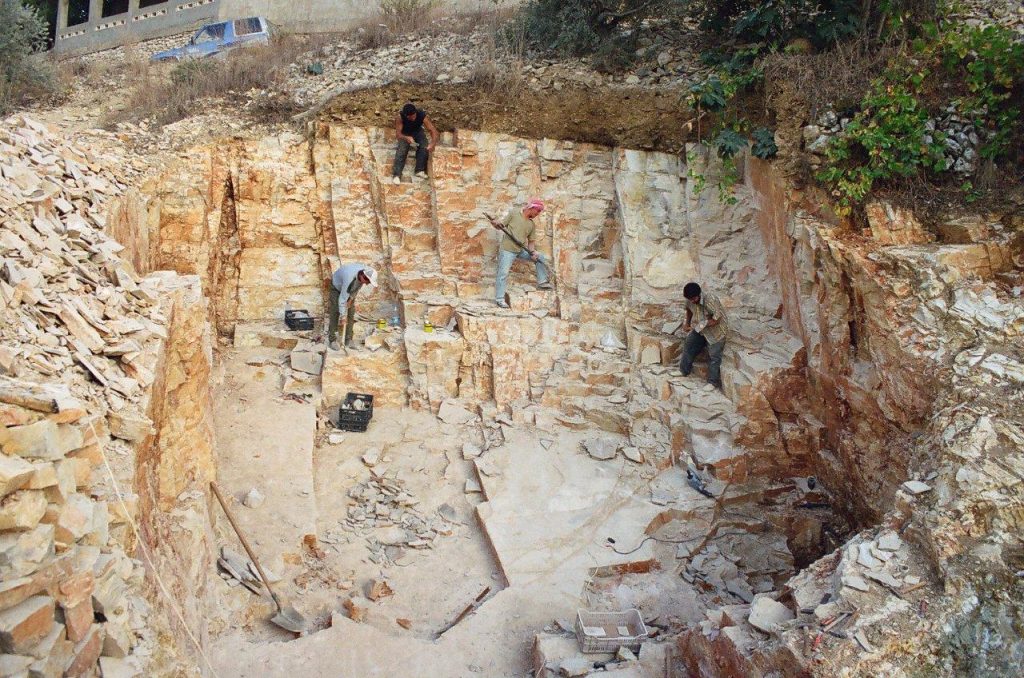 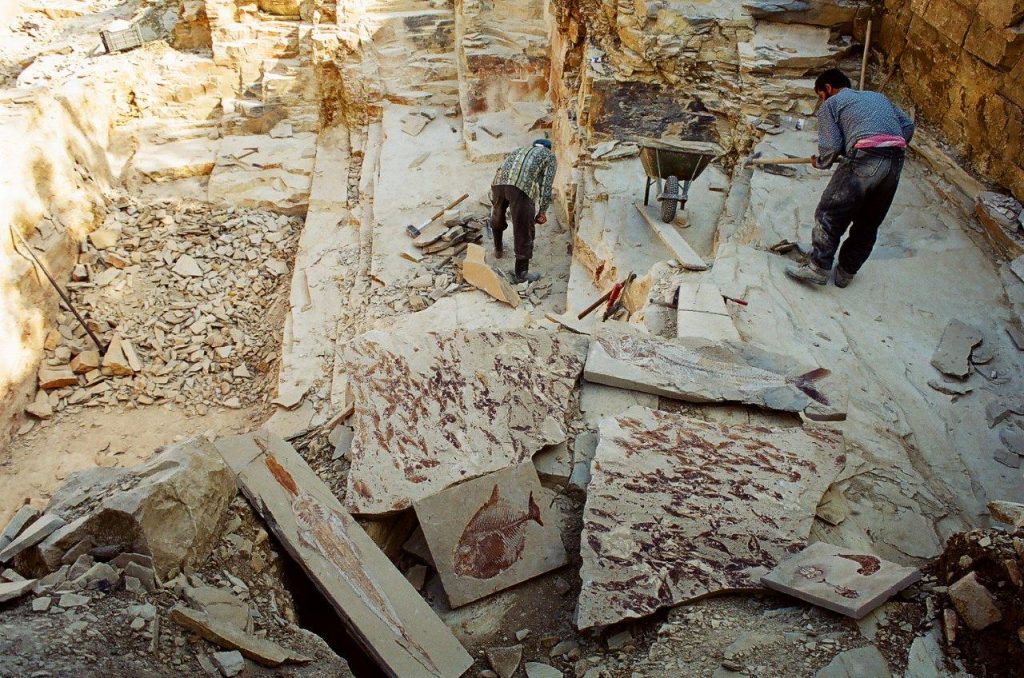 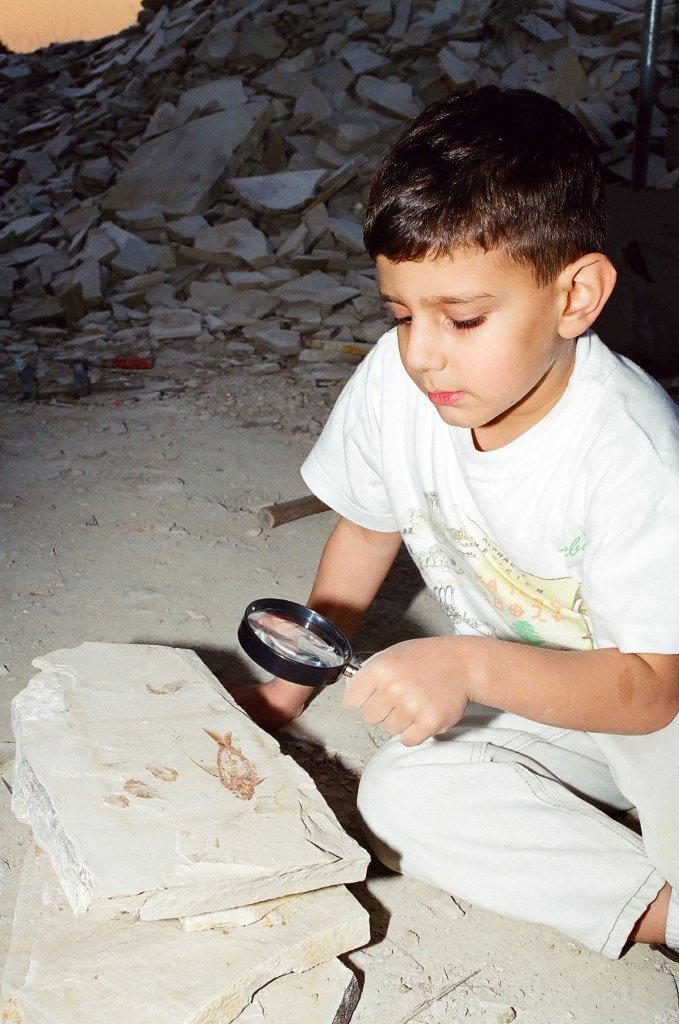 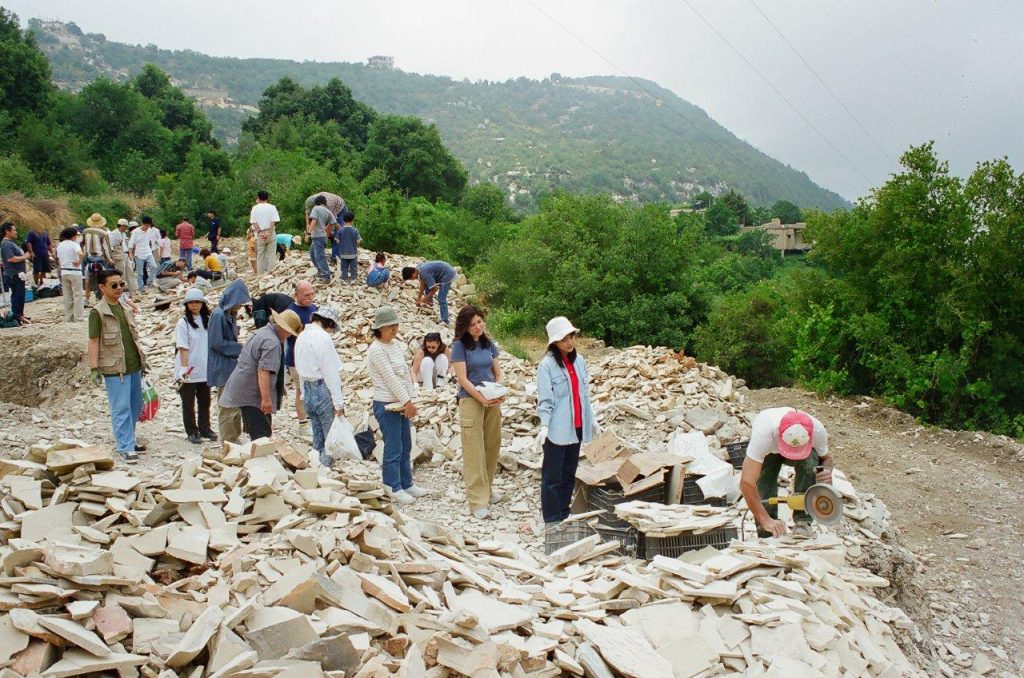 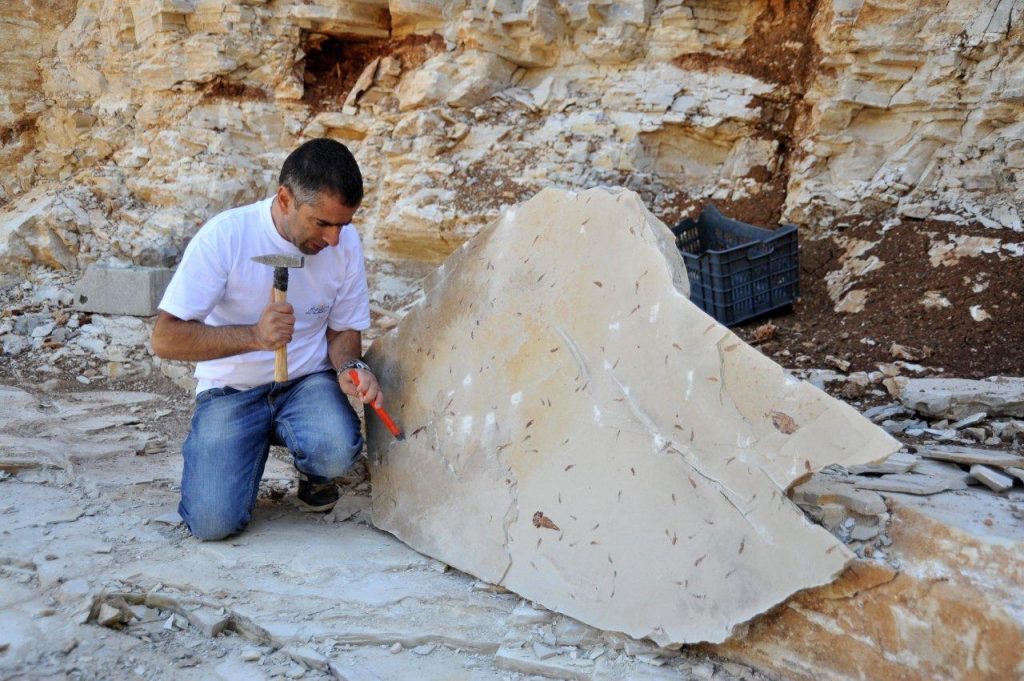 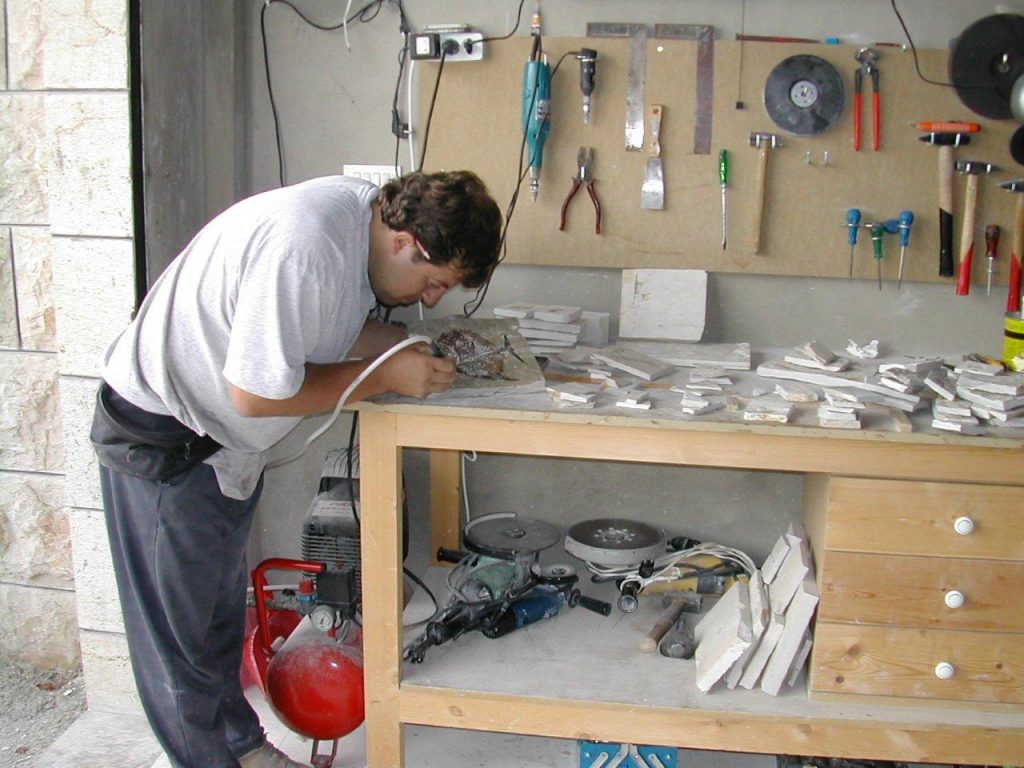 Many of us are not aware of the hidden treasures mother nature has to offer. In  some of Byblos’s rural villages life’s evolution witness a revival. Known internationally for their natural wealth, Hadjoula, Haqel and El Nammoura are home to wonderful fossils of fish, starfish, and crustaceans…

The preservation process of this unique local craftsmanship competes with worldwide touristic sites such as Italy, Germany and the United States of America. Digging up the history of this topic, the oldest written proof dates back to the 4th century AD. A Bishop from Palestine, evokes these puzzling stones found in several mountains in Lebanon, claiming they witness Noah’s flood. One of the most prominent declarations of these locations appeared in scripts from Sire de Joinville who explained how fossils fish were offered to the king St Louis during his crusades invasions in the Middle East. Afterwards, many studies followed up on this topic and carried out excavations for scientific purposes.

Walking through the old souks of Byblos, you come across a covered narrow street, home to various authentic shops and a museum. Pierre Abi Saad, an old family friend, is the owner of the fish fossils museum and shop in Byblos. He calls himself a small Phoenician fisherman looking for fossils. He usually spends his time holding a hammer and a chisel with which he strikes different kinds of rocks. This activity has been going on through different Abi Saad generations. With his brothers, Pierre hikes the mountains of Byblos in search of preserved fossils of fish that died more than 100 million years ago. First discovered during the French mandate, their grandfather explored the sedimentary rocks hundred of meters above sea level. During an interview a few years ago, Abi Saad claimed that ” there could be other fossil sites in limestone, which was formed in the seas that once covered what is today Lebanon. “From what I have seen so far in our mountains and the presence of limestone, there is a big possibility that there are other sites, however at the moment, Hadjoula, Haqel and El Nammoura are our main research sites”.

Lebanon is known for having the best fish fossils sites worldwide and the collaboration with international museums, and universities in Europe and the States has allowed Lebanon to shine globally. The museum, opened around 20 years ago, holds a private collection as well as goods to be sold for the visitors. It has been a cultural destination for all ages. People can actually examine ancestors of the stingray, fishes that swam between the waters of Eurasian and African plates million of years ago. At that point, Lebanon was 200 meters below sea level, and when a random apocalyptic scene took place plankton engrossed all oxygen below the surface of the sea water. The course of action, known as water bloom, released venomous substances into the sea, killing aquatic life instantly. “fascinatingly, the fish that sink to the bottom of the sea were quickly covered by sediment which, with the lack of oxygen, allowed them to be preserved in a wonderful manner”. During that period , Lebanon was part of the African plate, and 40 million years ago, during the formation of the mountains, the fossils were pushed up the hills and exposed through soil corrosion. Animals such as huge sharks, turtles, octopus can be found.

Fossils have to be preserved and kept for study purposes, these wonders attract tourists from all over the world as well as the attention of international televisions and news magazines. Pierre also claims that : “Lebanese families guard this treasure; they do their best to preserve the sites by using, as excavation equipment, only manual tools such as hammers, chisels, picks and spades and by avoiding all what can damage the stone or its “inhabitants”. Experience has a key role to play in excavations. It is possible to detect the presence of fossil fish through minor signs like shade changes, cracks and swellings in the rock. The role of luck in this hunting is not to be neglected either: sometimes we dig for days without finding a fossil and sometimes one simple stroke of chisels is sufficient to unveil a whole epoch of the Earth’s history.”

Balochi embroidery: A colour Of barrenness