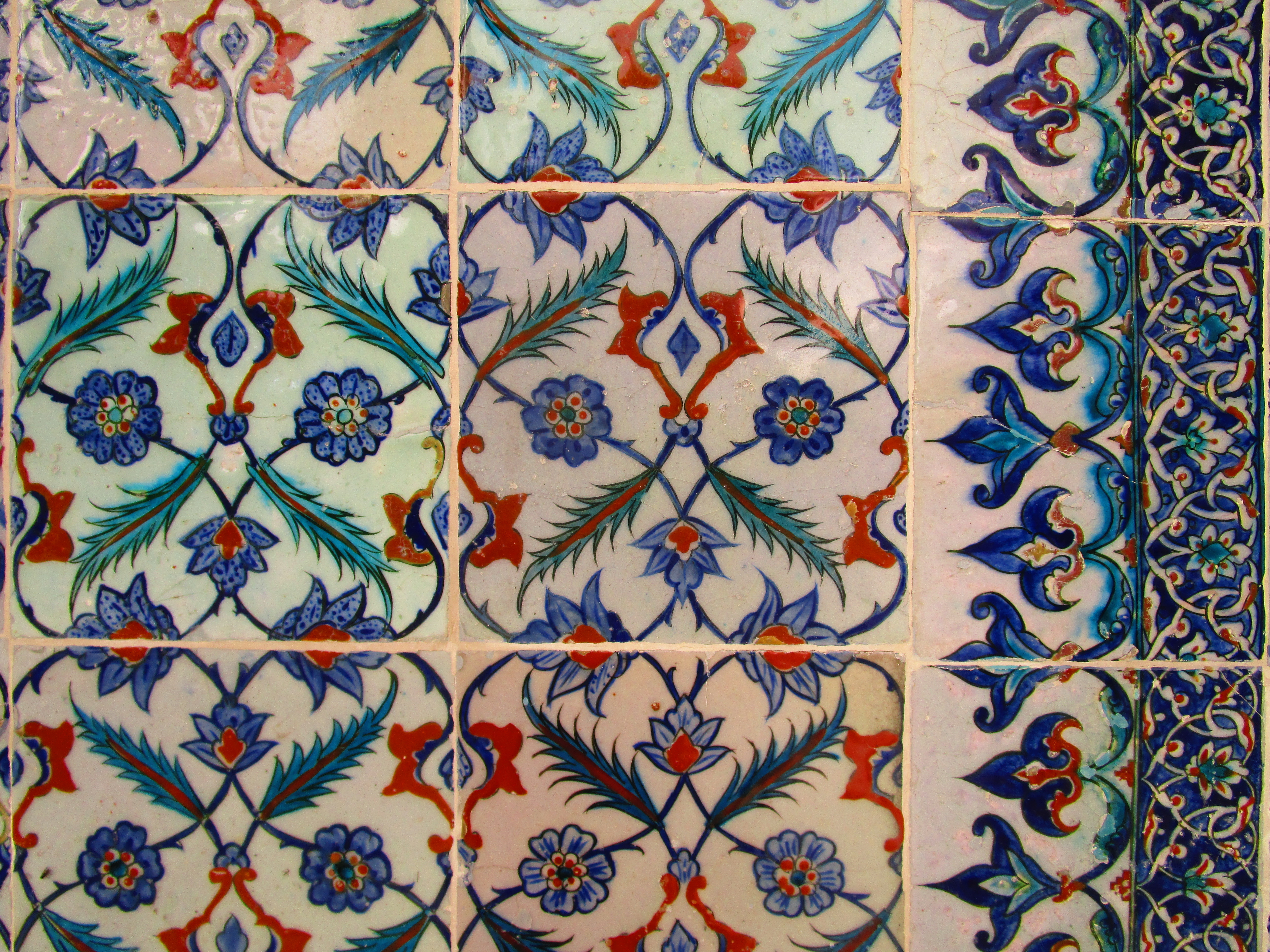 I’m not normally the type to buy souvenirs from the places I travel to, but the last time I was in Turkey I just couldn’t resist. Being a student and admirer of art and architecture, I am obsessed with the ornate tilework inside most Ottoman structures and returned from Istanbul with an exquisite piece of tile. Tiles are an important part of Islamic art and used to be an essential form of ornamentation to display the wealth of the government or an individual. They often depict floral geometric patterns which, when placed seamlessly, mesmerize the viewer from a distance.

This particular tile caught my eye especially because it depicts a peacock, which is rather unusual. Tilework has a lot of prominence in Islamic art, and thus it is interesting to see a Christian symbol as immortalised in this piece. The peacock represents immortality, coming from an ancient legend that the flesh of the peacock did not decay. It is also associated with the resurrection of Christ because it sheds it old feathers every year and grows newer and brighter ones. In addition, the tail feathers with numerous ‘eyes’ suggest the all seeing eye of God. It is a commonly used motif in Byzantine art and architecture, and there it makes sense that this tile should have a peacock on it as I found it in a small shop close to Istanbul’s famous Chora Church.

The art of what we today call Turkish tilework has a prominent place in the history of Islamic art. Its roots can be traced back to the 8th and 9th centuries under the Uighurs of central Asia, and its development owes much to influences from the art of subsequent empires in the region. Tilework was especially influenced by the Seljuk empire in modern Iran, and was brought to Anatolia when the Seljuks defeated the Byzantines in 1071 and ruled over parts of modern Turkey. The Anatolian Seljuks were in turn influenced by the cultural heritage they encountered in their new homeland, and adapted their techniques to those they had brought with them from Iran. This resulted in the distinctive Anatolian-Seljuk architecture that reached its peak in the 13th century. Tile decoration thereafter became one of the basic elements of architecture in Anatolia, and rose to the status of monumental art. Seljuk palaces, mosques, madrassas, tombs, and public buildings were lavishly decorated with tiles, and this technique was continued and built upon during subsequent rulers of the region, especially the Ottomans. Examples of these tile-clad structures can be seen across the lands of the Ottoman Empire, from cities in Turkey like Konya, Istanbul and Beysehir to places as far off as Cairo in Egypt.

One of the most important centres of tile production was Iznik, a town in western Anatolia that rose to prominence in the 15th century, when craftsman started to manufacture fritware pottery that was painted a bright blue. The designs began to incorporate Chinese elements in the 16th century because of the Ottoman preoccupation with Chinese pottery. Shades of turquoise and cobalt blue were most often used, and green and even red were mixed later on. Pottery from Iznik was called ‘chini’, and were highly valued for their superior quality. The exquisite tilework and pottery represent the cultural and artistic zenith of the Ottoman Empire, and Iznik pottery was the official gift of the Ottoman Palace to many other foreign dignitaries. ‘Chini’ tiles were used in palaces, mosques and other important edifices, demonstrating the cultural power and longevity of the Ottomans. The practice of creating ‘chini’ tiles was lost towards the end of 17th century during the economic decline under the Ottomans, and it is most likely my copy was created using a modern process in or around Istanbul.

Turkish tilework is one of Islam’s most beautiful art forms and has been an essential form of ornamentation that has been perfect over hundreds of years. It is very effective in making structures look wealthier and more lavish, and the Anatolian Seljuks and Ottomans were able to perfect the technique tastefully without overdoing it in their buildings. It is my favourite form of ornamentation in architecture, and I am proud to have a piece of tile I can put on my wall.