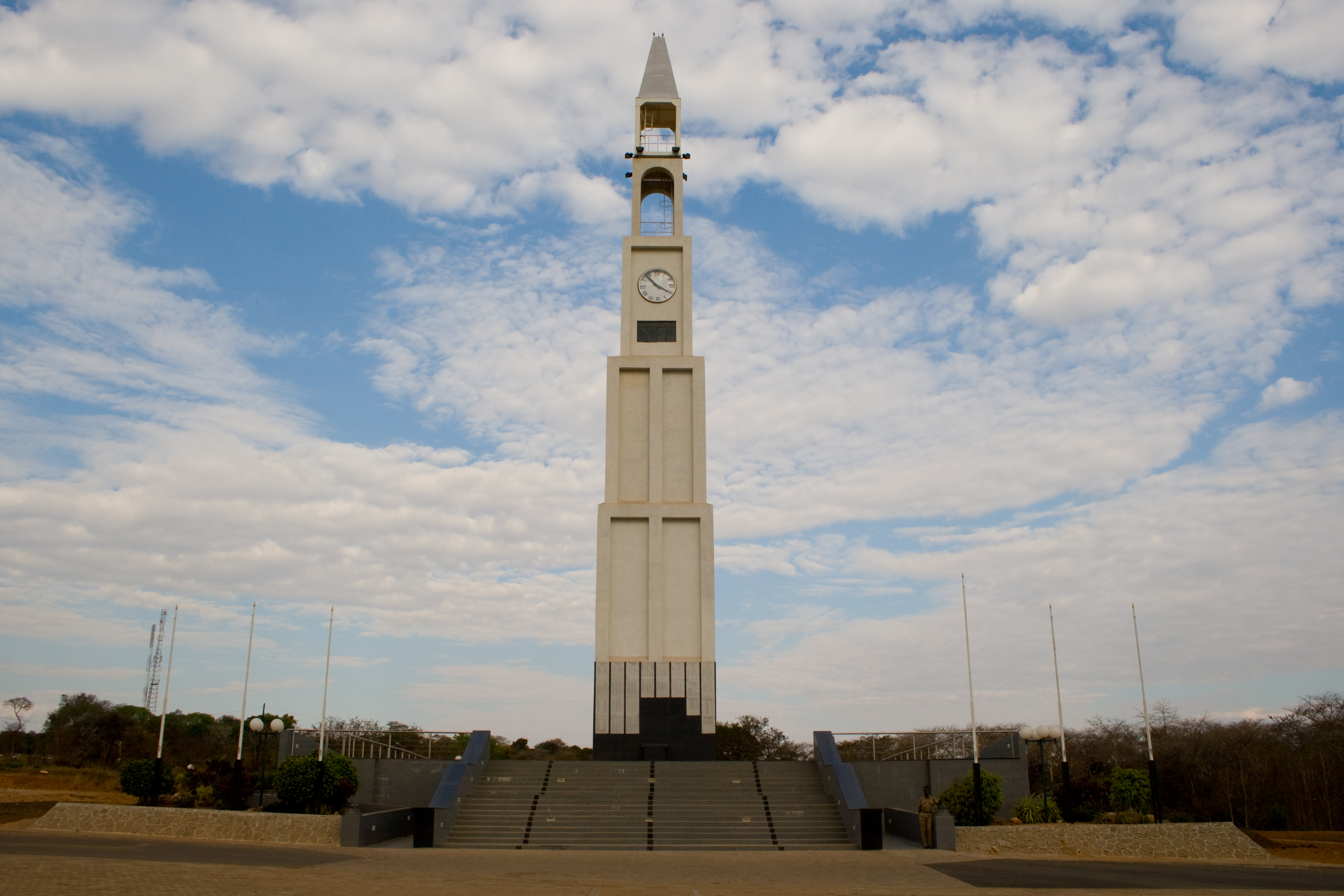 The War Memorial Tower in Lilongwe is located at the center of the town between the Capital Hill and Area 18 residential area. It is set in a square shape, with the statue of the first president of Malawi, DR Kamuzu Banda towering in the center. The WWI and WWII memorial tower commemorates the soldiers who died in both wars. It is a very fascinating place to be at. This tower was opened on 11th November 2007. The country of Malawi commemorates Remembrance Day on Sunday the second week of November.  The Remembrance Day, a global annual event is meant to pay tribute to soldiers that fought in World War I and II.

This event was conducted by six people. We arrived at the place at around 15:00 hours and one of the guards at the site welcomed us and he gave a very detailed  speech about the place, how it came to be, and he also told us about the history of the World War. Questions from the group were followed, some of them being “why did the president choose Sunday 11th November?”  And the answer he gave was that the First World War ended on the 11th November 1918.

By interacting with individuals at the site, we were able to gain more insights about the significance it has to the overarching context that we live in.

Lilongwe War Memorial Tower: The tower that tells a story

In Pictures: The historic town of Orchha in India