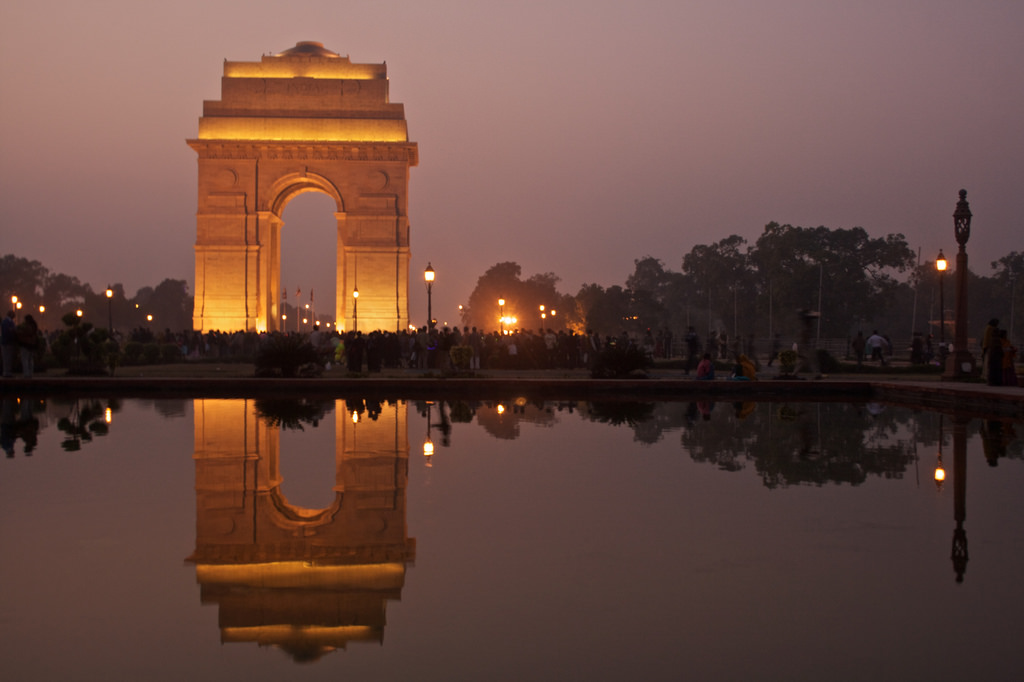 I am a proud citizen of India standing in front of the India Gate and watching the rising sun!

The India Gate reminds us of how secure our country is today. The memorial in Delhi bears the names of approximately 13,500 Indian British soldiers killed during the Afghan war in 1919; the structure is a memorial to all the Indian soldiers (around 82,000) who died during the First World War. The 4 characteristics of Patriotism, Preparedness, Pride and Punctuality are all embedded in Indian soldiers. The army, the navy and the air force training is like cutting a diamond, retaining the natural state and polished by ‘brillianteers’ — the training institutions.

Delhi attracts both national and international tourists every year. The monument is located at Rajpath. The triumphal arch is the one of the two famous architectural gates in India — the second one being the Gateway of India in Mumbai. The flags represent the Indian Army,Navy and Air force. The lamp is lit day and night and guarded by the soldiers in white uniform.They are standing in trained positions honoring the Indian Military.The dedicated service to the nation and the military training accomplished by the soldiers are the valuable and intangible assets of the nation. The early morning walk around the monument is a unique experience, the color of the sky changes from 5:30 am.

The early morning walkers, cyclers, joggers and nature enthusiasts enjoy the cool breeze, calmness in the busiest city in India and sunrise. The architecture of the monument becomes vibrant in various changing colours in the background. The stone looks darker with the dark blue colour of the sky and tends to lighten as the sky turns blue and the daylight begins. Standing in front of the India Gate reminds a traveller, Indian or foreigner alike, how far he has come to feel patriotic, experience architectural wonders, rising sun gives a rising hope of unity and peace all in one moment.

What we can learn from Yorkshire Wensleydale Creamery