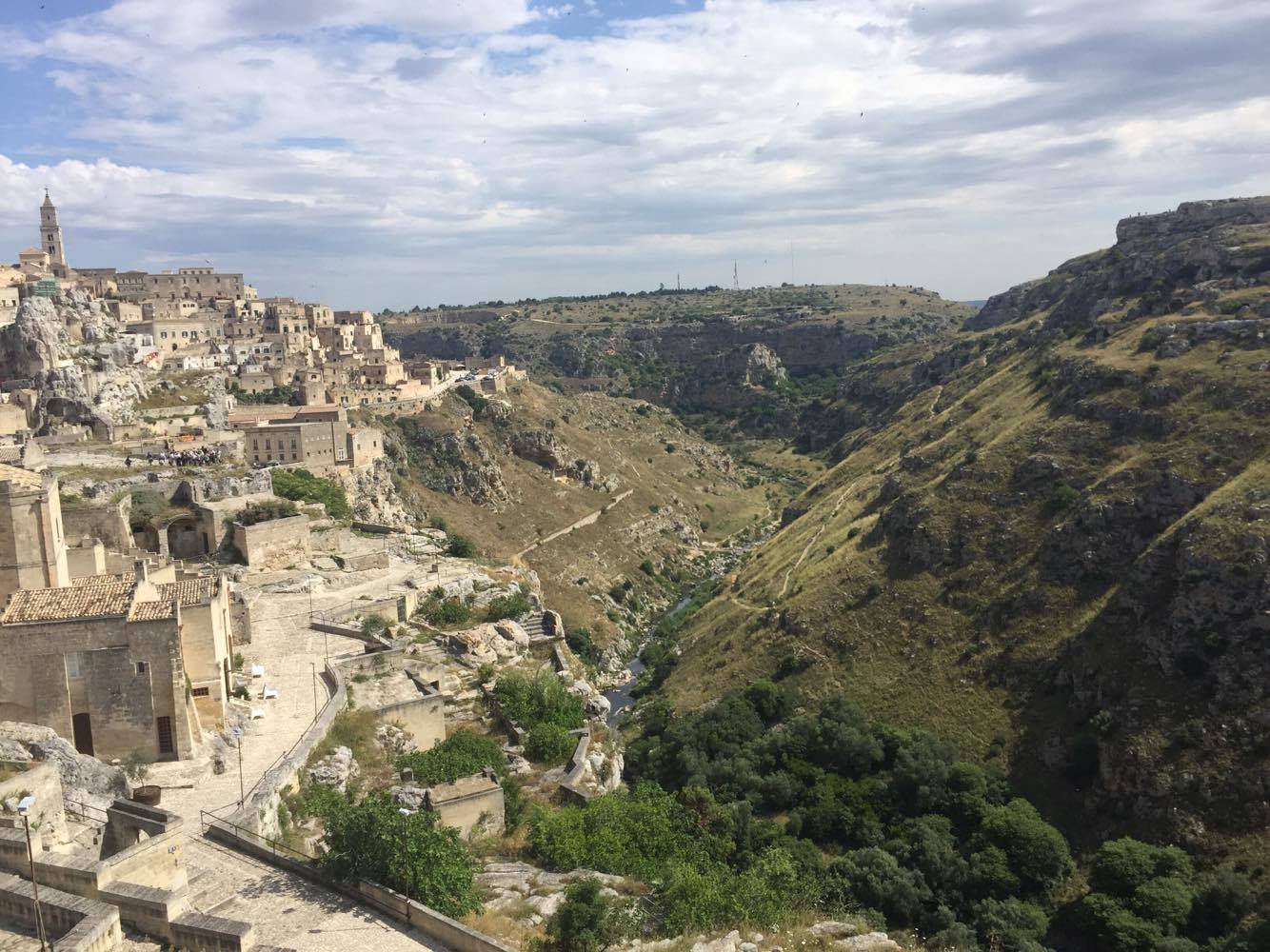 Matera is the world-famous historical town of the Sassi in Basilicata region, Italy, where the cave-houses are included in the UNESCO World Heritage List as historico-cultural heritage. The town was founded in the ancient time, on the territory of Neolithic settlements. The relationship between the rocks and people were very close.

The center of Matera was born on opposite slopes of the river valley that called Gravina di Matera. During Grecia Magna, it was a Greek city of Matera with Civita as the center. Fortified city walls, numerous caves and rocky massifs steel were used for the construction of rural dwellings, it was the origin of Sassi districts in the Roman era. Since then, the neighborhoods were growing with maze of limestone caves-houses increasing in number and the neighborhoods started to be called Sasso Caveoso and Sasso Barizano, with the Civita, in between the two neighborhoods. The word “Sasso” means “rock” and the construction of houses in the caves was due to specific climatic conditions and also for protection. 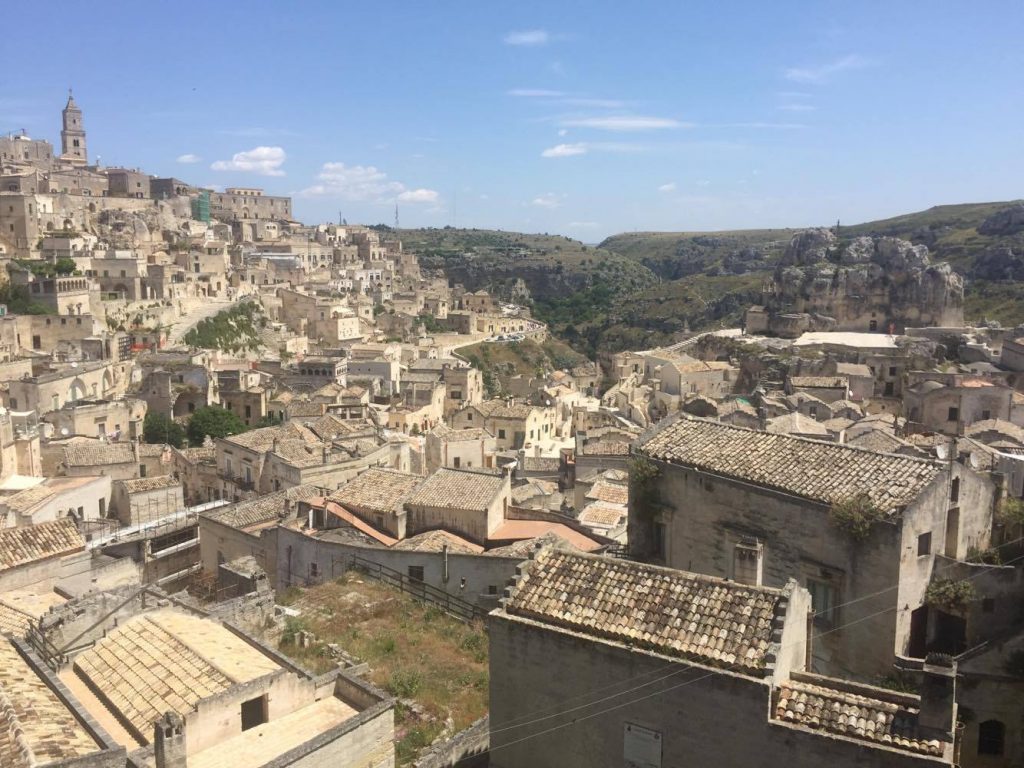 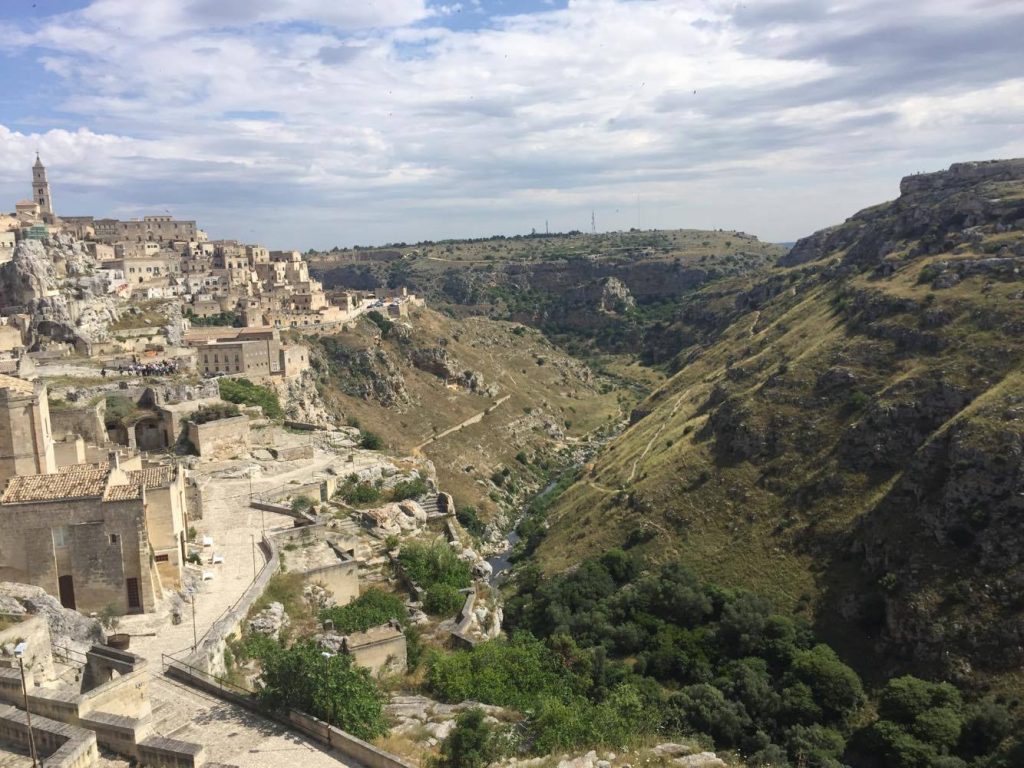 During that tine, people living in Matera had difficult financial situations and they used natural caves to build Sassi (cave-houses). The streets are narrow with many steps and ladders. In the VIII century, many Byzantine monks established the church in the caves. The similarity of those phenomenon can be found in Cappadocia (modern Turkey) or in Syria. The Cathedral (Ital. : La cattedrale della Madonna della Bruna e di Sant’Eustachio) was located in the hill of Cavita, which was built in the XIII century. It was erected over the Sassi and bisected into two parts of Sasso. For many years, it was closed for a restoration. It was originally belonged to the Benedictine monastery. The cathedral has beautiful features, such as a window in the shape of rose and 52-meter bell tower. The cathedral keeps the famous Byzantine fresco of the Madonna della Bruna. Another distinguish feature is the Renaissance Chapel of the Annunciation. 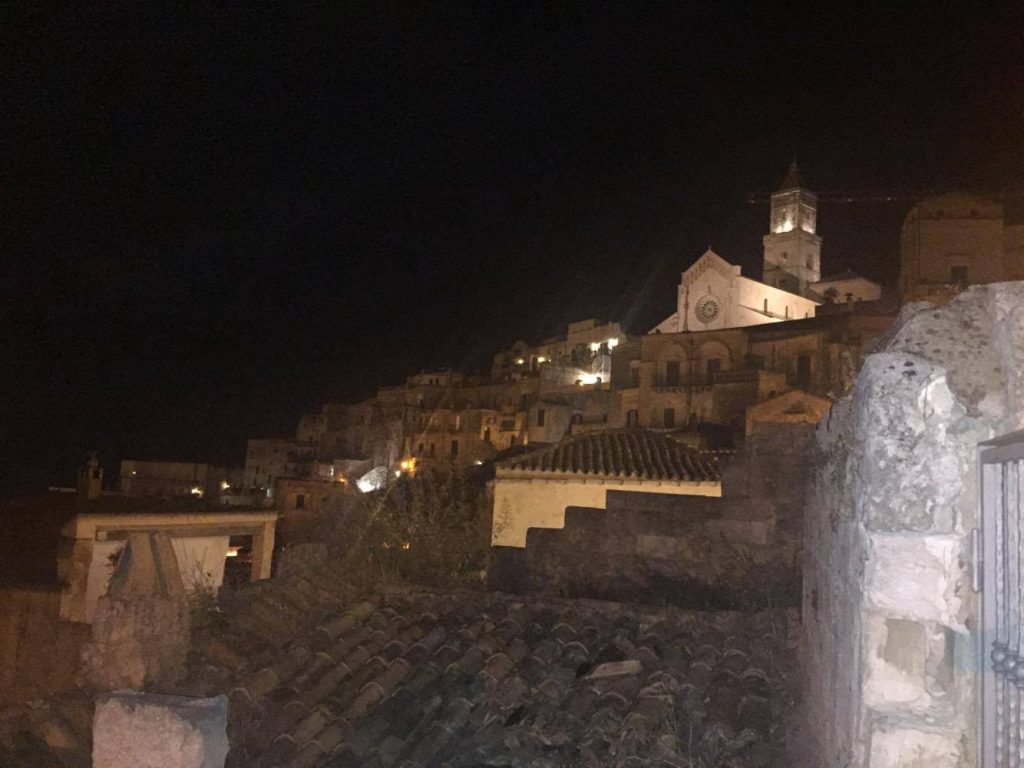 The Cathedral of Matera during a night, 2016

Water supply was another difficulties experienced by resident of Matera. It is easily visible on the hilly landscape, locking the access to water sources . Local people spent most of the efforts not on building houses but on digging and ditching the limestone to bulid canals for water collection system and water tanks. Water was important in developing local economy and rural works. The channels to collect water in the tank are located in one of the cave-houses.

In our modernity, the cave town is popular as a tourists destination. It is visible in the big number of tourists visiting town. Street names and house numbers are not easily visible, and many alleys with a dead-end. The town has more than 130 churches and chapels. Many cave columned churches can be found in stalactites and stalagmites and their walls are decorated with Byzantine frescoes. Nowadays, the town has a good touristic infrastructure with a plenty of hotels, restaurants and cafes that can be found in some of the caves. The location and the Sassi make Matera town become a famous location in Italy with an unforgettable views.

at the European Humanities University

Old Cairo: The Religious Complex and the Heavenly Beauty