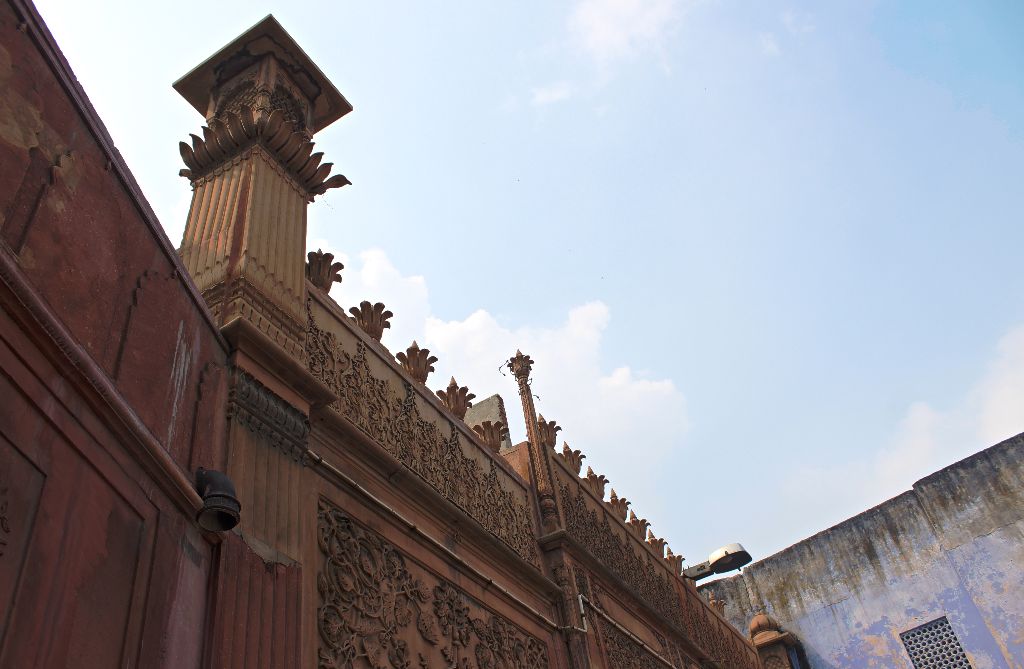 Rukn-Ud-Daula mosque is a beautiful mosque located in Chawri Bazar, Old Delhi, on the first floor on your left as you walk towards Jama Masjid. It is very easy to miss the mosque unless you know about it and look up. It was built by Nawab Rukn-Ud-Daula in the 18th century. Though the structure is not very large, it has a rich work of stone carving in a floral pattern. The architectural style of the mosque is Mughal Architecture. It has facades which are beautiful showcases of floral stone carving, and Jharokhas, which have rich details. It comprises of a balcony which has Mughal arches which are elegantly decorated.
In the front façade, the whole carving work is done on a very single stone piece. Its simply breathtaking and one has to go there and see it for oneself to believe that such exquisite work was done in  a such small mosque. These flowers were carved out from the slab of stone itself and one can imagine the painstaking work involved. 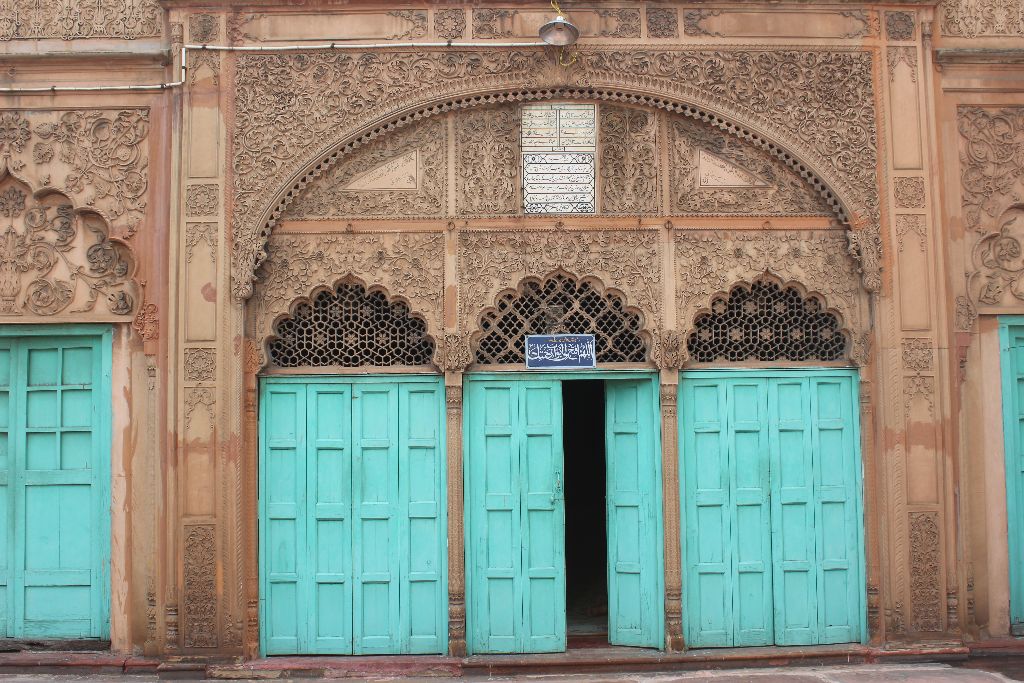 The mosque ‘Rukn-Ud-Daula’ built by the Nawab Rukn-Ud-Daula, is a great heritage building present in the city of Old Delhi, Chawri Bazar. It has all the art forms of stone carving that were present at that time. The whole façade of the building has stone carving, that too on a single piece of stone.
Considering the properties the structure possesses one can easily estimate the value that can be assigned to this structure. Apart from the fact that the structure has very elegant art form of stone carving on its chest, if we consider its age, we will come to know that the building has seen the society change its clothes, it has seen the old city of Shahjahanabad into the city of Old Delhi, it has seen many summers and many autumns.
Having its importance in mind we should strive to promote  this structure, as we often ignore such structures which are no less than masterpieces.  Its just a luck that the structure is still intact, it is having all the elements at the right place , even locals use it for prayers i.e. its functional but the sad part is that not enough has been done by the Waqf board which manages the Mosque currently (This is the same body which manages the Jama Masjid, Old Delhi) in promoting the structure.

But apart from all this, I am happy with the fact that its still used by the people, for Namaz , according to me a true way to preserve heritage is to make it function the way it was intended to be, and the place fulfills that and it doesn’t happen much in our country.

The culture of making idols