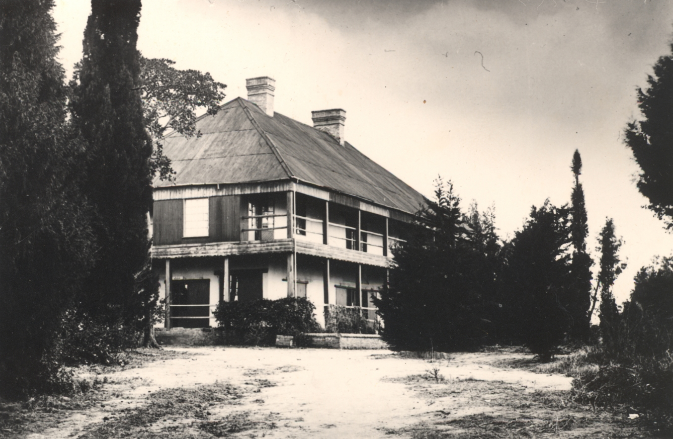 Malawi has a number of historical buildings of interest that can be categorized under built heritage. In Blantyre we have the church Saint Michael and All Angels built by the men with no training in architecture another the Mandala house built by the Moir Brothers. Taking a keen interest in the Mandala House “the society of Malawi” the first two storey building in Malawi and is believed to be the country’s oldest house.

Mandala house was built in 1882 by the founder brothers Moir brothers, John and Frederick from Scotland who were also the founder of the African Lakes Company founded in 1878  and they were the first managers of the company and the headquarters was in Blantyre. Mandala house was built of grass, mud and bricks in 1882. The local people in the surrounding, helped in the construction of the house. Where by the top floor was hosted as living quarters for the two brother and the bottom floor served as office space for the people.

The building materials for the Mandala house were mud, bricks and grass. Where by mud is dug from a pit that is right in the homestead, usually water is applied to make the mud a little sticker so that they can be properly used for the walls. Bricks were also used for the construction. Thatch is a material used for the roofing which is also used in construction of granaries. Others use it for fencing since in Malawi not all can afford electric wired fence or neither brick fenced, but in the case of the Mandala building thatch was used for the roofing. Thatching is done before the rains start which is October end. Thatch is acquired and bundled and can be stored nearby and prepared for roofing. Country wide thatch is also used for roofing of camp sites around the country and in many game reserves.

During the visit at the Mandala house now known as Society of Malawi I had a chat with one Mr. Gervasio Ngumbira who enlightened me on some of the issues. The name Mandala originated from John Moir one of the two brothers due to the fact that he used to wear spectacles that the local people called “mandala” in Chichewa and glasses for a direct English translation. The interior furniture is made of Mulanje Cedar starting from the bottom floor entrance, the stairs and the top floor is made of Mulanje cedar. Mulanje Cedar is endemic to Mulanje Massif and also native to Malawi. Its scientific name is Widdringtonia whylei and it is now called Mulanje Cypress so as to better reflect its botanical relationship. Due to its quality timber it is now an endangered species.

Additional building were used as stores but they also served as defenses against the raiding Yao and Angoni tribes. During the raids the local people took shelter inside the walls of Mandala House. The houses was also known for its hospitality to all of the passing travelers.

From 1992 the building is currently owned by CFAO a French company. The top floor is now used to house the Society of Malawi Library and Archives where a vast of historical books, journals and original documents are housed. The Mandala house as part of built heritage is protected by constitutional of Malawi.

The Warehouse District of Hamburg– The Speicherstadt

I Casoni: Vernacular Architecture in the Venetian Lagoon