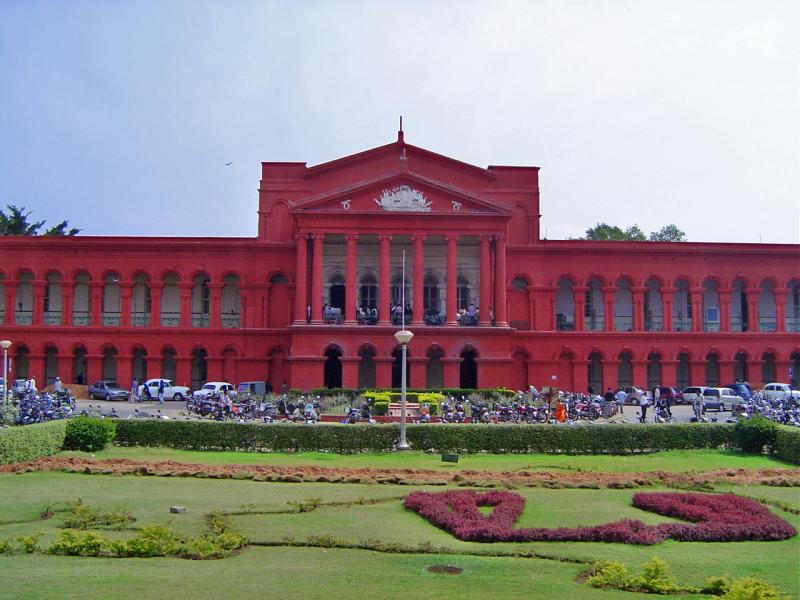 For the common people living in Bangalore, it is just a city where everyday people work to make end meets. But for a person who has grown up with a childhood filled with R.K Narayan’s Malgudi Days it is a different story all together. The older part of the city holds such magic and historicity for both literature buffs and historians, that it is not easy to wipe away the tales as old as time. What one forgets that these stories still lingers in the quaint houses in the streets that have gone unnoticed with time. These houses have been able to surpass centuries, holding its head held high with pride and eventually declared a heritage.

When the thought of Heritage crosses our minds, the one image that passes swiftly are about the large palaces, gardens and other public offices. One seldom thinks about the heritage homes that dwell in every metro city which reflects the testimony of time, culture, way of life, emotions and desires. These structures are present in our day to day life, and therefore somewhere taken for granted. Houses play the key role in reflecting our heritage and culture. Its role is subaltern, yet the key element in solving the puzzle of understanding a society. One of the finest examples of this would be the Indus Valley civilisation that graced our land (India) around 3000 years ago. The importance of this civilisation was understood by the town planning of the city, noted for its cities, built of brick, roadside drainage system, and multi storied houses. The baths and toilet system found in these houses is acknowledged as one of the most advanced in the ancient world till today. When such houses of architectural excellences are present in the Indian soil since the sands of time, how can we forget its importance in our lives, be it in the past or the present? Hence preserving this architectural brilliance has been our main concern from time to time and the people of Bangalore are never behind.

The architectural styles of these heritage houses are based on indigenous elements which make a structure to be called home and such styles are called vernacular architecture. Karnataka as a state too, has its own vernacular style which symbolises houses designed and built by people for their own use. It is the form that a neighbourhood or community has arrived at, through a system of development, in a precise cultural, climatic and technological context. The forms are not stagnant, they grow continuously, albeit slowly, in response to climatic, literary and technological changes. In view of the progressive nature of this method, it is often possible to claim that the vernacular achieves total rapport between lifestyle and built-form. Vernacular architecture is so much part of life, merging and almost participating in the lifestyle. This architecture is to be lived-in and experienced and is not to be merely looked-at and admired.

In Bangalore, building a house that provides such a canvas for the individual to express his artistic leanings at present is very scares. There has been a significant lack of participation by an owner in the act of embellishing his house which thus makes it become a random place of dwelling rather than a home. Luckily there are still many vernacular homes from the past and many being build in the present.

As a part of my research in understanding vernacular houses in the city, I read and discussed intensely in regard with the most notable elements and methodologies found in Karnataka and Bangalore. Some of the major points I was able to draw were:

a) use of brick made with straw and mud

b) mortar being made exclusively of sand

d) cost effective for a long period of time.

And when it comes to methodologies, there is one common method that is practiced among the Hindus in every part of the country, analysing the Vaastu Shastra before the foundation is laid. This is a ceremonial event, where a Brahmin priest is called and a Puja is held to invoke Lord Ganesha, in order to remove all forms of obstacle in regard with building of the house, after which the Vaastu (plot of land) is analysed to check whether the plan of the house meets the standardisation of the Shastras (scientific treatise). During the early times this part of the methodology was not allowed for the lower castes or shudras. Apart from this common methodology the others are:

b) Making bricks in summer or mining for rocks before the rain.

c) Labour is arranged considering the harvest seasons, because most of the labourers are also farmers. All these techniques have been used for centuries and such practices tend to interfere less with the environment and social factors.

Keeping all these factors in mind, I started my search for the perfect Malgudi house that would fulfil most of these elements and methodologies. And for my amazement all the houses that I was able to trace in the prime areas of Malleshwaram and Basavanagudi in Bangalore were more or less a replica of the houses mentioned in the imaginary town of Malgudi and that struck the chord, of what I had read long back, that the name Malgudi was created by taking Mal from Malleshwaram and Gudi from Basavanagudi. Even with these many houses I was not yet satisfied in my constant search for the perfect house that brought back my Malgudi imagination which had a perfect as well as useful sense of preservation. This satisfaction was met when I stumbled upon Bimba-The Art Hut, on suggestion by a friend. The moment I reached the place I was blown away by its tranquillity even with several cars and buses that sped by in the morning rush. I was expecting a place with lot of artists and admirers of art coming in and out of the house, but rather encountered a house treated as a spiritual art ashram welcoming me with Kolam (rangoli made with rice flour) and an amalgamation of many artisans working in a peaceful atmosphere. I was met by a volunteer named Sagar who took me around the place in the absence of the owners. We chatted up and he was very humble in telling me the story of the place.

Six years ago, Deepak and Deepika Dorai (owners) moved to Bangalore from Chennai, where they had started a unique artistic movement called Bimba. They used to run their art hut out of an old home that was razed to the ground — you can almost hear the pain in his voice when Sagar talks about this. Yet, today, the Dorai’s have successfully recreated their dream project in Bangalore in a 100 year old building as a distinctive public space for art and performance that is teeming with activity and enterprise.

This building on DVG Road in Basavanagudi that was falling into disrepair before the Dorais enthusiastically restored it. Belonging to an old Bangalore family that has given the Dorais the run of the place, the house, with its many traditional features, like the wooden pillars or beams on which the roof stands, the archways on every door, which are painted by floral motifs, the doors and the frames of the windows are made of pure teak wood etc could act as a template for how old structures in the city, facing the threat of demolition, can be revived.

To convert the house from a private residence to a public space, Deepika, whose creative energies have directed all the changes, first began by tearing down the boundary walls to create a more open feel. The original pillared entrance has been retained, and as you enter through it you can feel the temperature drop a few degrees, thanks to old-world construction features such as stone and red-oxide floors, high ceilings and hollow-brick walls.

Deepika uses the rooms within the main house to run her artefacts and furniture gallery, and this is also where she retails her clothing line. Behind this old house is where the new adobe of Deepika and Deepak is located, and true to their word, the house is also earth sensitive and purely Vernacular in its architectural style as well as living sense.  The house is built with laterite and mud and also the use of terracotta pots in the columns of the roof to stop any form of water leakages. The roof of the house is made in the form of thatched hut, the most primitive form of house building. The whole place takes us down to the memory lane of summer holidays that we spent in our grandparent’s house.

The study of Vernacular Architecture opened my eyes to a big abode of heritage homes that hid among the much larger buildings of the modern times in Bangalore city. These homes are testimonials of the common man who lived the ordinary life, yet the walls and pillars have stories of several generations to be told. These houses not only tell the stories of the families who lived there, but also the stories who built it, the craftsmanship and the stories of sweat and toil. Tracing these houses has been like reading Malgudi days all over again, remembering the adventures of Swami, the house which he lived in, all these imaginations sprung back to life. The image of the houses in Malgudi, no longer remained an imagination rather it became a reality through these houses and I no longer wished to be an adult living in this world of reality but wished to be part of the childhood I love and cherish.

The New Indian Express. Discover Basavanagudi on Foot this Saturday.

The Café Without Doors: The Pedrocchi Café