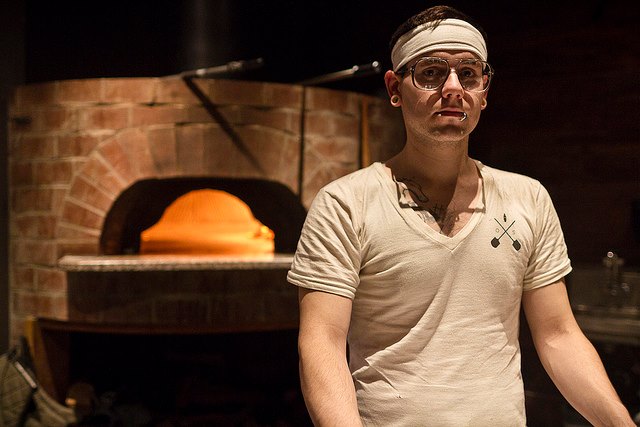 In December 2017 the art of the Neapolitan pizza (that is related to the Italian ancient verb “pisare”, which means “to press, to crush” in Naepolitan dialect) was inscribed on the Representative list of the Intangible Cultural Heritage of Humanity by UNESCO. Pizza and the art of pizza-making are universally identified as one of the most typical Italian traditions. Yet it is not generally known that in Egyptian, Greek and Roman times a pressed bun the shape of which reminds of what pizza currently is was already prepared. Also in Medieval Times the words of “pizza” or “pizzaiuoli” (the way by which Neapolitans call the pizza-makers) were utilized in several ancient volumes.

Between the eighteenth and the nineteenth centuries, the Pizzaiuoli’s art gained a great notoriety in Italy, especially in the Neapolitan region (South of Italy). It happened because this kind of pie was considered a humble meal and it was usually eaten by the poorest strata of society. At a certain moment, someone decided to add the mozzarella (a traditional southern cheese made from Italian buffalo) on the pizza which originally consisted of basil, tomato and wheat. This new version was called “Margherita” to commemorate the figure of Margherita di Savoia, the Italian queen of the period. The fast spreading of this version was due to Naepolitan Immigrants who migrated to the New World.
Someone could ask why this dish had such a great success in the peninsula. The recipe to prepare pizzas consists of ingredients which are very common and cheap in Italy. This permitted the poorest sections of population (which was the majority) to easily make, buy and eat this food instead of consuming more expensive meals such as meat or fruit, that were usually meant for nobles. The huge demand of pizza held by poor people gave not only the opportunity of perfecting their art, but also the important role of decreasing starving among the impoverished. In addition, this art is a memory and a witness of an entire tradition.

Currently, due to globalization, this food and the art of making this food is generally known in all the world, from India to the USA. It may risk losing and forgetting the origin of the dish, the reason why it was created, and its background. So it is a meaningful signal that UNESCO understood this and decided to preserve this art by inscribing this on the list of the Intangible Cultural Heritage of Humanity.

The fading tradition of Kalai