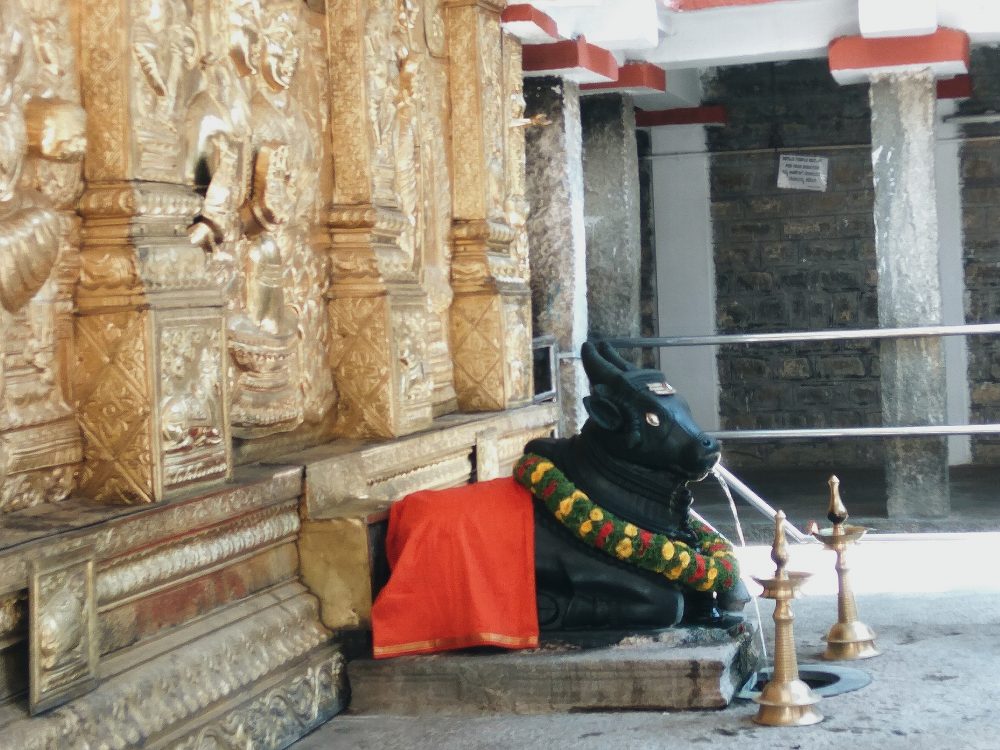 On Sunday the 26th of March, I went to the Nandishwara Teertha Temple in Bangalore along with my mother, my aunt and a friend to conduct the “#MakeHeritageFun!” event. This event was aimed at promoting the importance of natural heritage and what better way to capture peoples interest by asking them to click a feature of the temple that attracted them the most!

The event started with a darshan (seeking blessings from the Shivlinga- a manifestation of Lord Shiva) followed by a brief introduction of the event, after which people began to click away!

As the photo contest went on, people who hadn’t visited the temple before, grew curious about the uncommonness of the temple structure.

With the help of my mother and aunt, I went on to give the temple visitors a brief history of the temple.

“The reason why this temple was chosen in particular for this event was because of its uniqueness. The temple is over 400 years old. The whole temple was submerged under the soil and only the upper part of the Nandi’s head was visible. In 1997, with the help of the residents of the locality this soiled land was excavated and to their surprise they discovered an elaborately built temple tank with idols of Shivlinga and Nandi with catfish and turtles in a small fresh water pond.”

The idol of the Nandi was on a platform (still is) above the Shivlinga. When the mouth of the Nandi was cleaned, a small miracle happened and water started pouring out uninterruptedly.  This water continues to flow prosperously even during times of drought. The masons who built this temple have ingeniously used scientific techniques that has still kept us guessing about the source of this water till date!”

The pride on the people’s faces after they learnt about the intriguing history of the temple made me want to reach out to more people and raise awareness on this re-discovered heritage.

The event was a success as there was active participation from all age groups Picture taken after indulging in an interesting historical conversation. It was heart-warming to see generations of families come together, not only to seek blessings from God but also to learn about the temple’s history and to carry on this tradition forward.

Overall, it was a Sunday well spent with the people of the city who made the event a success as learning met fun. Here are a few pictures taken by the temple tourists and new found lovers of heritage which best captured the essence of the temple.

A Visit to the Chor Minar: #Makeheritagefun Event