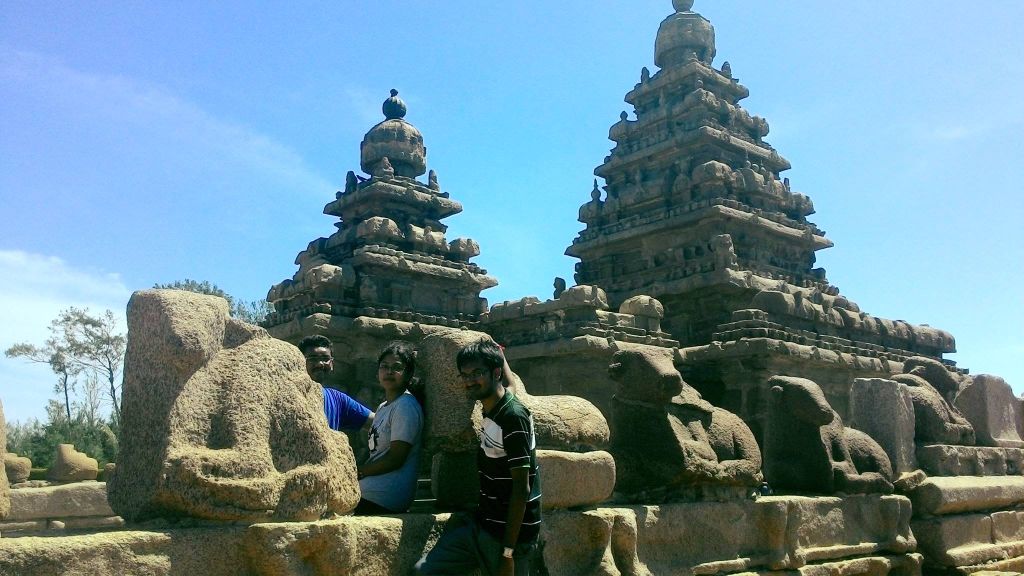 The first ‘Make Heritage Fun!’ event in June 2015 was a test of our beliefs.

At GoUNESCO, we have believed that the tone of conversation around heritage needs to change. Concern about threats to and loss of heritage is very important, but the news around heritage seems to be focused on the loss alone and not as much on the positive stories. So much so that a layperson would feel overwhelmed by the negativity, feel helpless and eventually stop caring. We also believe that heritage is owned by everyone, not by governments or organizations – and we cannot have the owners stop caring. Make Heritage Fun, and all of GoUNESCO’s initiatives are an alternative for these owners – they are ways for them to engage with heritage and stop feeling powerless.

The Make Heritage Fun (MHF) event in June affirmed our belief that simple ideas can make heritage more approachable. And at GoUNESCO, we have always tried to keep as few rules as possible – at the travel challenges, student program, our runs and now MHF events. At its simplest, a MHF event could be two people exploring heritage together. The format is left open to what the participants find comfortable, even the type of heritage to explore is the participants’ decision. In addition to making the events stress-free, this allows participants to look at engaging with heritage of every kind – arts, culture, traditions and other intangible heritage.

While letting our coordinators’ imagination run free, we supported them with tools that would make the job easier. A cookbook with suggestions on how to go about organizing a MHF event was sent to the folks who volunteered. We created promotional material which they could use on social media. The sign ups were all centralized and just one URL used worldwide for registrations. Our GCA coordinator Sandhiya Murugesan took up the mantle of coordinating all the enquiries that started pouring in from around the world. We also started speaking to our partner organizations much before the scheduled date for the event and they pitched in by retweeting, sharing the announcements on their social media channels.

Our latest Go Heritage Run was conducted in the 6th century former Chalukyan capital Badami. Nearly 150 participants took in the beautiful rocky landscape and carried a souvenir medal made of granite home. In addition to the run, we organized an exhibition of photos shot by a local amateur photographer of Badami and the nearby areas. Badami has some of the best rocks for climbing in India and some participants got a taste of this at a rappelling session conducted by a local climber.

An ambitious Heritage Treasure Hunt was organized at the Qutub Minar Complex World Heritage Site with the help of LBBD and Delhigram.
The big challenge here was that we could only accommodate 1 out of 5 who signed up for the event. We had more than 250 signups for the event! All participants were split into 2 groups, each group had 6 teams, with each team having 4-5 members. Teams were given the first clue at the assembly point, which led them to a particular area of the complex. Upon reaching the complex, the participants had to solve a task, post completion of which they were given the clue to help them progress to the next area. Points were awarded for completing theses tasks and also for their social media posts. At the end of the treasure hunt, participants were encouraged to click pictures of the area for 20 – 30 minutes while all points were collated and winners were decided.

Sandhiya, our coordinator for the MHF events collected a bunch of young heritage enthusiasts and together visited the Shore Temple in Mahabalipuram. It is one of the oldest structural (versus rock-cut) stone temples of South India. As one of the Group of Monuments at Mahabalipuram, it has been classified as a UNESCO World Heritage Site since 1984.

Of the group of 35 people who participated, many were 10 year old kids aged 10 who showed equal enthusiasm in connecting to their heritage. The activity started with the senior consultant from Indian National Trust for Art and cultural Heritage talking about the architecture, heritage value and history of the grand mosque Jamia Masjid, which was built in 1400 A.D. Imparting knowledge and simultaneously seeing the awe inspiring structure, knowing about deeply enriching history and exploring the Masjid during the event was most rewarding  for the kids and adults as well. After the exploration, the kids and adults made posters of the heritage, art and history they came face to face during the entire walk, in the magnificent backdrop of the Indo-saracenic architecture. To see small kids getting so involved in their heritage where they are eager to learn, explore and be a part of their heritage in which they pride – that is what #MakeHeritageFun is about!

Exploring Varanasi’s monuments, culture, and traditions through a Heritage Walk. A group of 12 walked from Assi to Dashaswamedh Ghat. On the way we visited the Hanuman temple where Tulsidas Ji lived and wrote the Ramcharitmanas, saw Maharaja Chetsingh Qila where a fierce battle took place between the troops of Warren Hastings and Chet Singh in 1781, passed numerous Akharas which are traditional Indian gyms where gurus give Kushti (wrestling) training, stopped at Harishchandra ghat (one of the two main cremation ghats of Varanasi) and learnt the story of Raja Harishchandra and how the Ghat’s name came to be, and experienced the loud and crowded Dashaswamedh ghat during the Ganga Aarti. They ended the evening with a long boat ride and dinner at Lotus Lounge. Oh and enjoyed lots of chana jor garam, lemon tea, jokes too.

The event was segregated into several fun and interactive parts – we had Kolkata Heritage Quiz Trivia participants won lots of chocolates and iconic Samir Biswas’s sketches and had a lot of fun. Especial thanks to all the participants who had shown their interest and concern over urban heritage in all inclusivity and huge round of applause to Archaeological Society of India and Mr. Debashish Das eminent Architect from Architecture and Research Kinetics for taking an incredible fun yet insightful session on Design, Influence and Perspective Setting of Metcalfe Hall. It was an amazing day. We had an insightful event on Urban Heritage Fabric of Kolkata.

The Amar Mahal Palace is a palace in Jammu, in the Indian state of Jammu and Kashmir, India, which has now been converted into a Museum. It was built in the nineteenth century for Raja Amar Singh, a Dogra king by a French architect on the lines of a French Chateau. It has many exhibits including a golden throne weighing 120 kg, Pahari miniature and Kangra miniature paintings, a library of 25,000 antique books and many rare art collections.

Ana Molina explored natural heritage near the city of Monterrey, Mexico. The park includes the famous symbol of Monterrey, the signature skyline known as Cerro de la Silla (Saddle Mountain). There are numerous indigenous paintings and stone carvings throughout the park that have proven humans have inhabited the area for thousands of years. 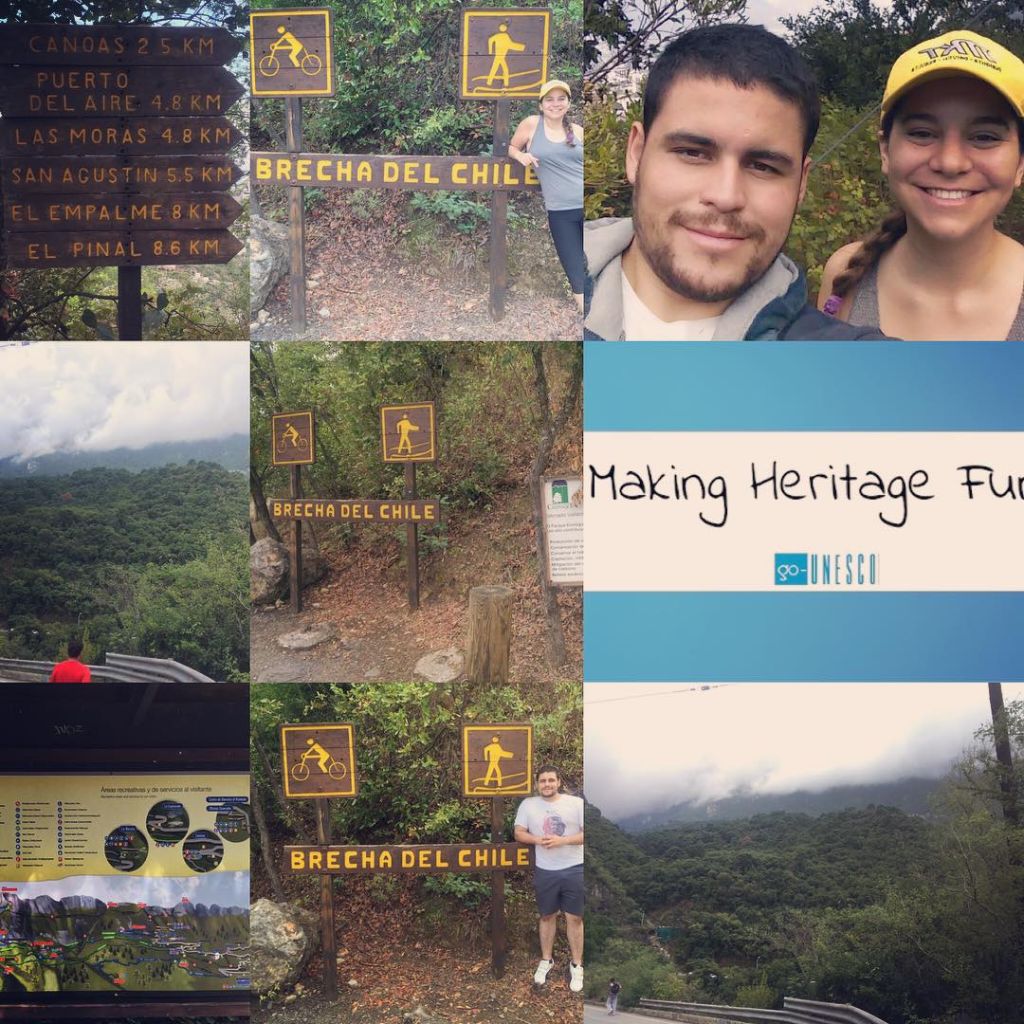 We thank our partners across the world for spreading the word through social media and help the campaign gain momentum! World Heritage: UK was kind enough to publish a blog post too about the campaign.

Ladakh: The land of hidden fervor, frolic and festivity