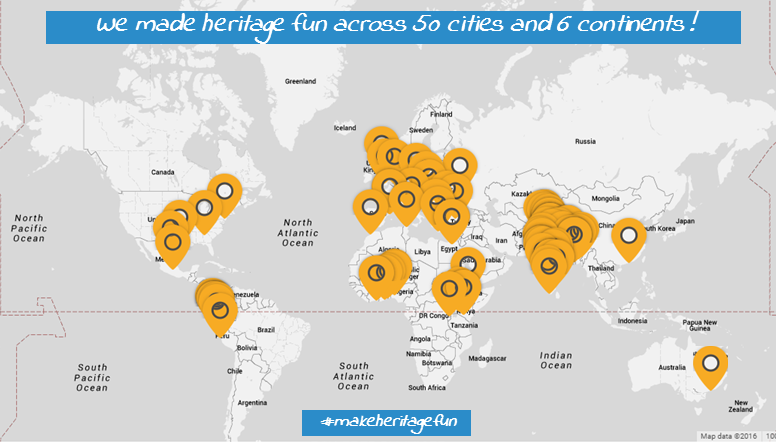 GoUNESCO was founded with the idea of making heritage fun for everyone – through annual travel challenges, the award winning Go Heritage Run series, the global student programme and of course, the #makeheritagefun campaign.

Once the date for #makeheritagefun was decided, we spread the word in the GoUNESCO community and beyond. This edition of #makeheritagefun, saw a heartening response from various organisations including Indian National Trust of Art and Cultural Heritage, Casa Batlló, La Vibria Intercultural, San Felipe de Austin Heritage Learning Project , Indian Museum, Directing Discourse, MAC Club, WEALTH Foundation, Children’s Civilization and Creativity Center (Child Museum), iDiscover City Walks. Many independent travelers and heritage enthusiasts also expressed interest in participating. They were further guided through our #makeheritagefun cookbook which allowed them to understand the whole initiative better. With this edition, we also launched a line of #makeheritagefun merchandise – currently available in India only.

This time around, the event saw participation in 50 cities spread across 6 continents. Reports from a selected set of city events are below. People used Instagram, Facebook and Twitter to are their experiences online. View this Tagboard link to view social media shares.

Kalu Kalu Kalu, a GoUNESCO intern, organised a heritage walk in the Osun Osogbo Sacred Grove. The participants were guided by Mr Adeleke who gave them the tour of this UNESCO World Heritage Site. Of this 75 hectares spread site, the group managed to visit the Osun River, the Osun Courtyard, the Osun Osogbo Suspension Bridge, the entrance of the Ifa temple and saw statues of the various Yoruba deities.

The Child Museum in Cairo took up an edutainment approach to spread awareness about the history of Egyptian civilisation and its rich cultural heritage to the participating children and their families with the. Many creative and fun activities were organised such as an excavation activity, drawing and painting exercise. The kids were also sensitised regarding the importance of conservation of cultural heritage.

The activity planned for the #makeheritagefun event in Pune, was the first of its kind. A group of photography and heritage enthusiasts took up the herculean task of making a documentary of some of the popular sites in Pune. They split themselves into two groups – one group covered a 13th Century, Alandi temple. The other group embarked on covering the military heritage of Pune and a popular destination the Shaniwar Wada, the seat of Peshwa power and other surrounding building around it. However, their expedition was not limited to the tangible. They interacted with the local community living around these historic sites and did their best to bring their traditions and artwork to attention.

#makeheritagefun in Kolkata was organised at the Indian Museum. Ankana Das with immense help from the Education Officer of the museum conducted a successful event, wherein they engaged with the visitors of the museum. Apart from enjoying the exhibits at the museum the visitors were also interviewed regarding their view on heritage.

iDiscover City Walks, organised a city walk in the Sham Shui Po neighbourhood of Hong Kong. They selected this area to create awareness of its traditional red-on-white signboards which gradually are being taken down and in turn is robbing this neighbourhood of its distinct identity. Among the participants they also invited some of the popular Instagrammers of Hong Kong with the aim to reach a large section of masses.

This edition of #makeheritagefun saw two events take place in New Delhi. Taking into account the rich historicity of this city, it came as no surprise to us at GoUNESCO. Of the two events, one was organised in Lodhi Gardens by GoUNESCO coordinator Eshita Goyal, who along with 14 volunteers skillfully organised an extremely engrossing game of treasure hunt. Through this game, the participants were able to to engage with all the nine monuments in the huge site. This event was very well received by the participants.

The other event was organised by Directing Discourse at the Mehrauli Archaeological Park. This event included a heritage walk, story telling sessions and a photography competition on the theme ‘Reflecting the past and the present’. Again, this event too was a hit amongst its participants.

Two travelers from from Australia participated as well. With their participation, #makeheritagefun officially spread to six continents in total. The participants, Lakshya Tanwar and Pallavi Savant, visited the two World Heritage Sites, Opera House and the Fraser Island respectively.

The Casa Batllo, is one of the seven masterpieces of Antoni Gaudi, collectively which form one of the UNESCO’s World Heritage Site. Casa Batllo recently introduced the Smartguide, a virtual videoguide, and incorporated this newly introduced technology into their #makeheritagefun event. They offered 15 people a free a tour of the building along with the Smartguide with the aim to create awareness about this innovative technology which enhances the engagement with heritage site.

Our coordinators and participants braved the cold and rainy weather to walk around the Dnepropetrovsk and look up close at its historicity. As our coordinator mentioned, the significance to many historic structures go unnoticed even though people interact with these buildings on a daily basis. Through the #makeheritagefun, our coordinators together with the participants made it point to know their city a little better.

Sara along with her fellow members from La Vibria Intercultural decided to involve both the tangible and intangible heritage for their #makeheritagefun event. First, they visited the La Seu d’Egara, a church which was in contention for being nominated as a UNESCO World Heritage Site. After the visit they ended their day at a Jazz Festival picnic at the Vallparadìs Park amidst music and international food.

San Felipe de Austin Heritage Learning Project organised a #makeheritagefun at San Felipe de Austin. This site witnessed the ‘Runway Scrape’ in 1800’s and was the first colony in Texas. The event was open to the local residents and their students or as they like to refer to them as: Heritage Learners. The composition of heritage learners is diverse with students from Afghanistan, Rwanda, Great Britain, North Carolina and Texas. Many in this group are refugee students who fled their native countries due to conflict. The students engaged with an archaeologist who helped them understand the history and significance of the site. The students are also helping the authorities with building of a new visitor centre at the site by providing them with the insight of what it is like to flee your home in a time of war.

Kathleen, incorporated #makeheritagefun with her tour around Louisiana. Weather in Louisiana which had been awful for the past few days, fortunately cleared and sided with Kathleen on Sunday.  She was supportive of the campaign and shared with us some diverse components of Louisiana’s heritage. 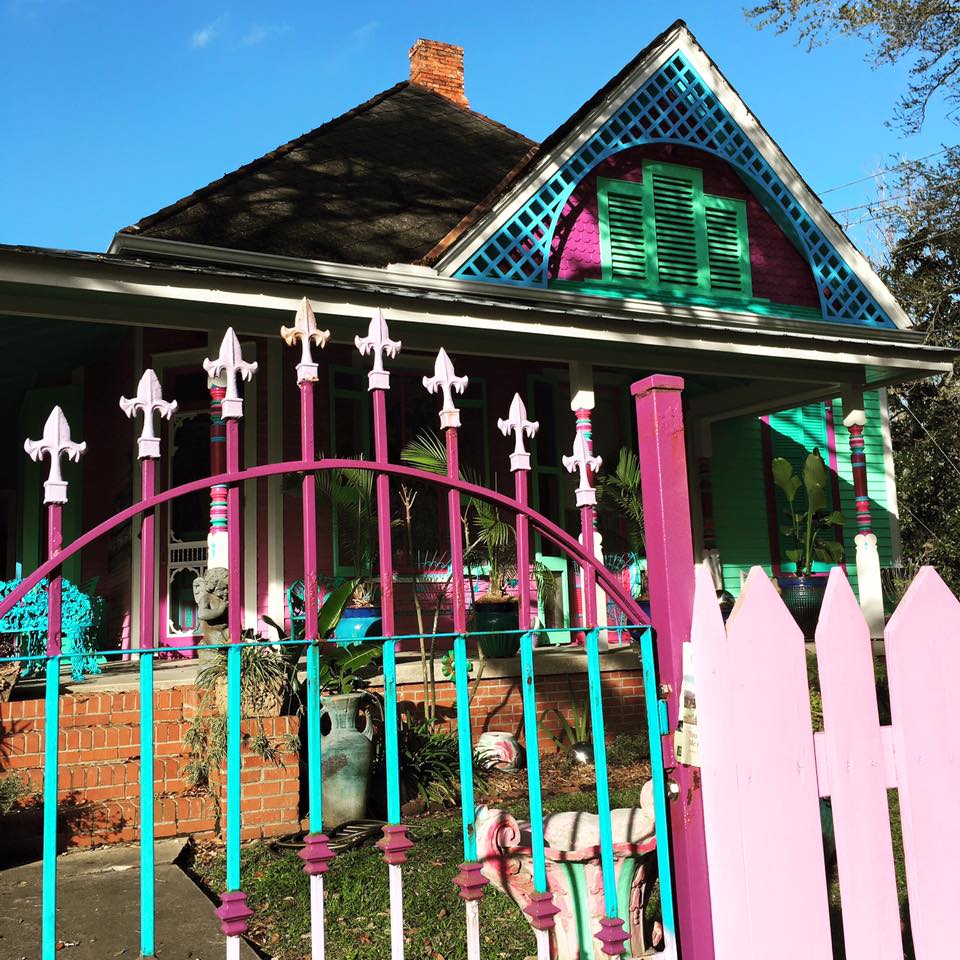 Eduardo, took up charge of organising a heritage walk as a part of #makeheritagefun in Mexico. The trail was designed to included nine historic structures around the city. The walk was very well received by the participants. 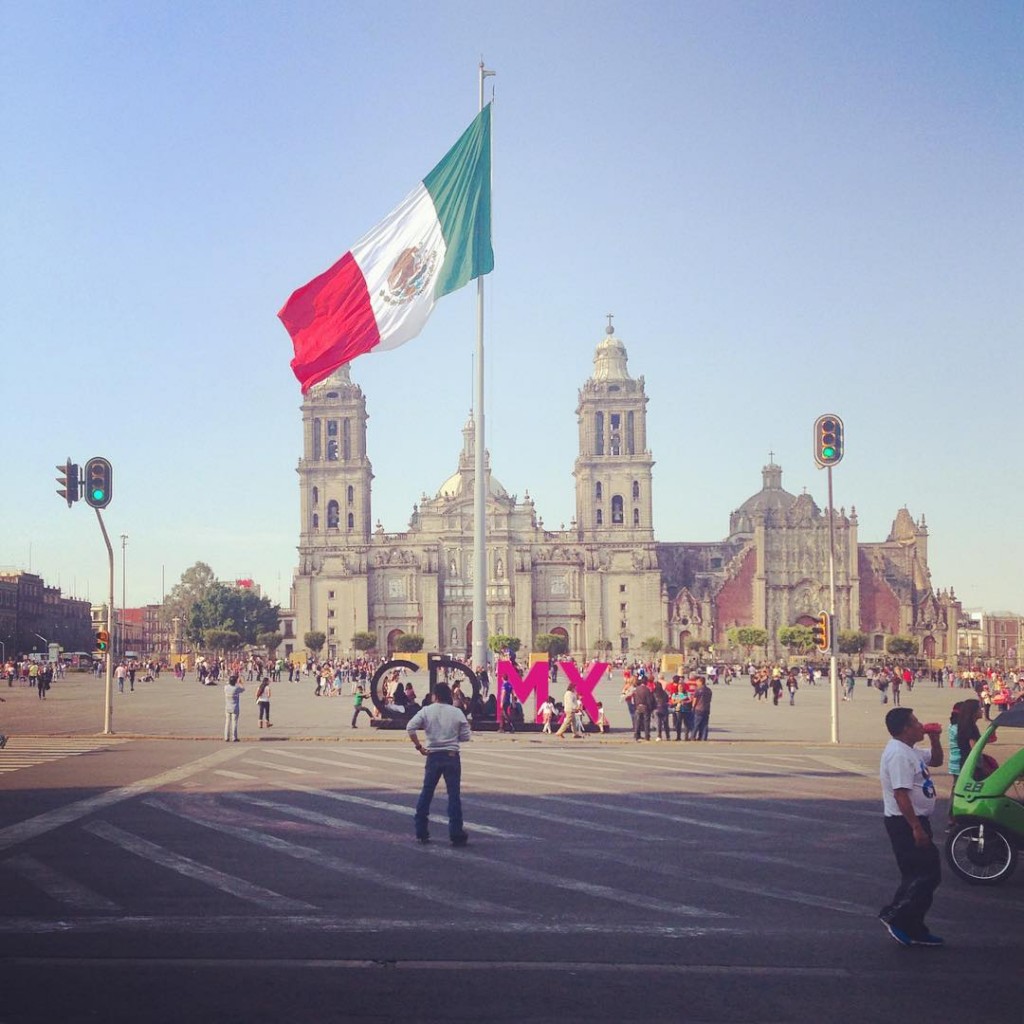 Coincidentally, the celebration of Nouroz (marking New Year in a vast area including Azerbaijan, India, Iran, Kyrgyzstan, Pakistan, Turkey and Uzbekistan) was just one week later, on 21st March. A cultural organization called Sarvsaan in Iran contacted us and requested that we extend the #makeheritagefun campaign so that the tradition of Nouroz can be highlighted across the world as well. We were, of course, glad to support this wonderful idea – monuments and tangible heritage is relatively easier to experience and protect compared to intangible cultural heritage. The joint campaign is elicited a spirited response on social media with several posts highlighting different aspects of this special day. We look forward to many more such posts along with the #shareyournouroz tag in the coming days! (the campaign runs till March 31st) 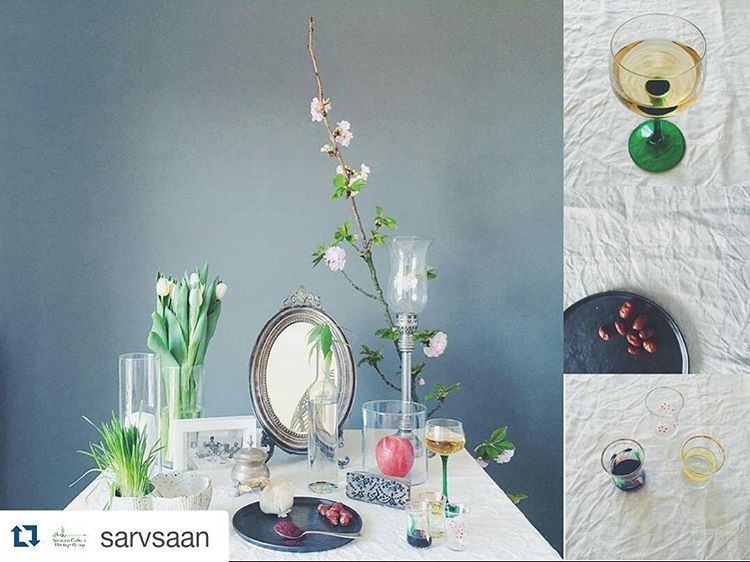 Marranzano – The Soul’s Beat Of Italy