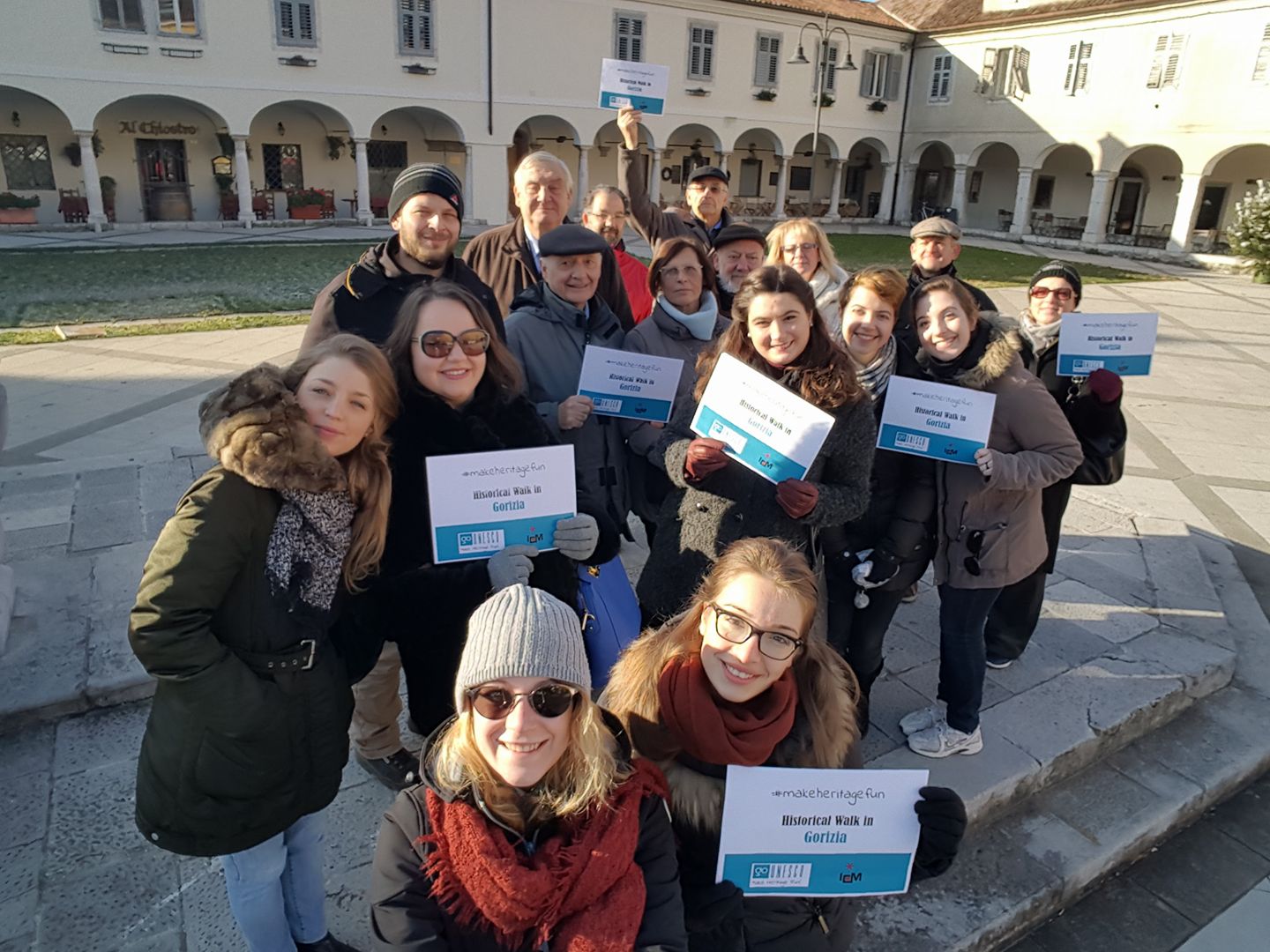 GoUNESCO was founded on the idea of making heritage fun for everyone and so our various initiatives- the award winning Go Heritage Run series, the global student programme and the #makeheritagefun campaign- are aimed at achieving just that.

Once the date for #makeheritagefun was decided, we spread the word in the GoUNESCO community and beyond. This episode of the campaign was a big win, as we saw participation from Antartica. We had a passionate young participant, who shared pictures from her expedition to Antarctica in order to raise awareness of the about the fast losing natural heritage of the region through our global campaign. #makeheritagefun now has officially spread to all the 7 continents!

As we opened the GoUNESCO Internship Program applications in November, for which one of the key criteria was for the applicants  to conduct the #makeheritagefun campaign in their cities, we saw a massive participation from students across the globe. Apart from them, we also saw many independent travelers and heritage enthusiasts also expressed interest in participating. We also saw some very proactive organizations – The City of Paducah, the UNESCO Creative City, Center for Documentation of Cultural and Natural Heritage (Cairo), Lilongwe Wildlife Trust and Incontri Culturali Mitteleurope (ICM)–  also take part in the initiative.

This time around, the event saw participation in nearly 70 cities around the world. Reports from many were published on the here. We are listing some of the select from a event to give you a glimpse of the global nature of the campaign. People used Instagram, Facebook and Twitter to are their experiences online. View this Tagboard link to view social media shares.

The Make Heritage Fun event held in Kenya was an initiative called “ty4by”.  This initiative was to sensitise the public to appreciate culture and instil the concept of of peace. The idea was to appreciate their heritage, culture and country. This event saw participation form Kenyan celebrities as well.

Ndahimana Gilbert has organized several #makeheritagefun campaign in Uganda and Rwanda, previously. This time he held the campaign at the Namugongo Basilica, a complex which includes the church, garden and a lake. This place stands testimony to the religious prosecutions that took place during the 1874-1886, under the reign of Kabaka Mutesa1 and Kabaka Mwanga. 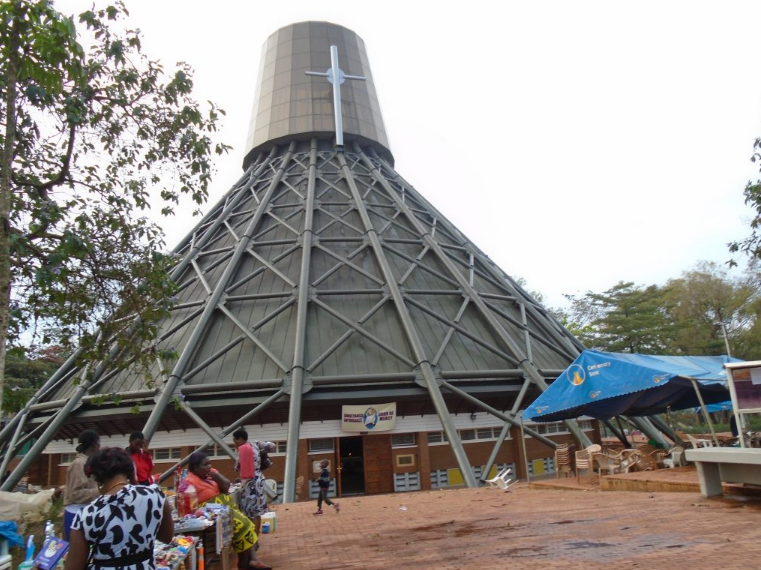 The three enthusiastic GoUNESCO interns along with the Lilongwe University of Agriculture and Natural Resources (LUANAR) students from the Department of Environmental Sciences Management, held a #makeheritagefun event at the Lilongwe Wildlife Centre. The event was started with a presentation enlightening the participants with the importance of natural heritage. Later the students explored the Centre with the resident team. The event was held in collaboration with Lilongwe Wildlife Centre, the Bunda Environmental Club and the Times Television, Malawi . 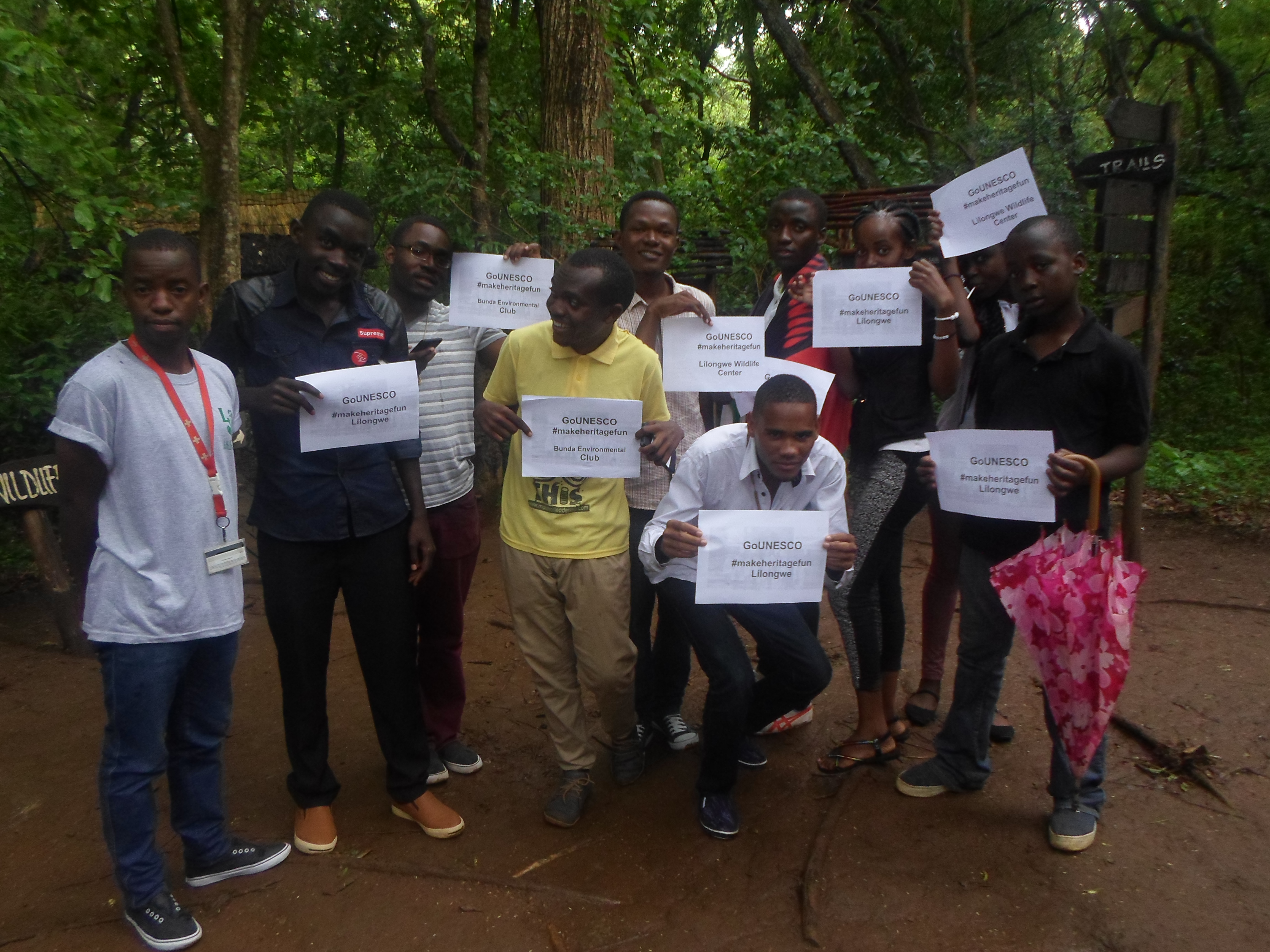 Charulata Somal, participated in the International Antarctica Expedition, an initiative by Robert Swan and 2041.

The 2041 is dedicated to preservation of Antarctica by creating awareness among the next generation leaders about the renewable energy.

Charulata, took a step further and used the #makeheritagefun platform to reach out to us all about the heritage of Antarctica- which we are unfortunately losing at an alarming rate. 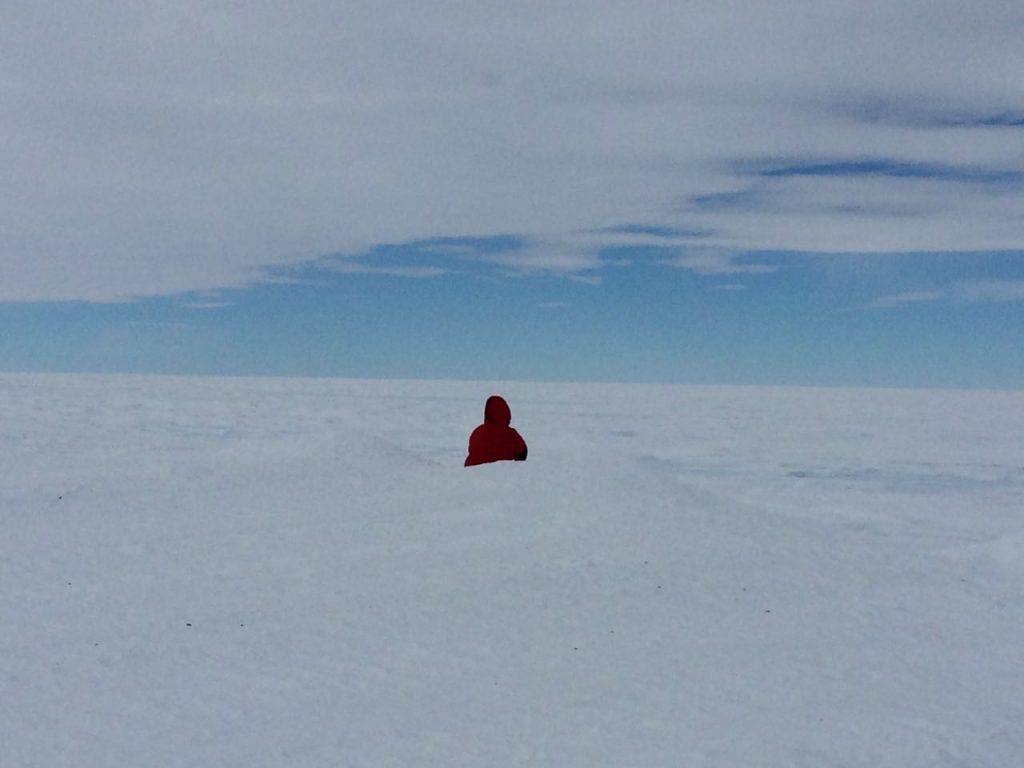 A group of heritage enthusiasts braced the cold to make their way to the ancient fortress in Golconda, Hyderabad. This event was to study the heritage supremacy of the fort and its importance in Telengana culture. 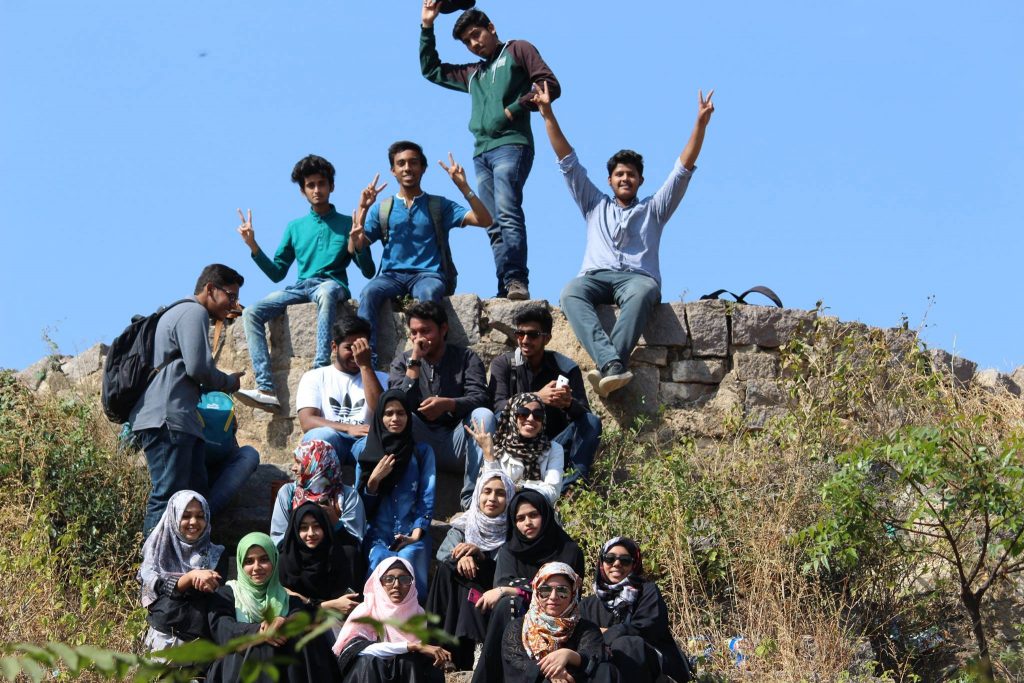 Deeksha Singh a Masters student in Conservation and Preservation of Heritage Management and Toolika Saini, an architect, conducted a heritage walk at the famous Lodhi Gardens in Delhi. The interesting aspect of this walk was that it was emphasised on the natural and cultural heritage of Lodhi Garden. The walk titled: ‘The Nature and Built Environment of Lodhi Garden’ was a very refreshing take on this popular heritage site in New Delhi. 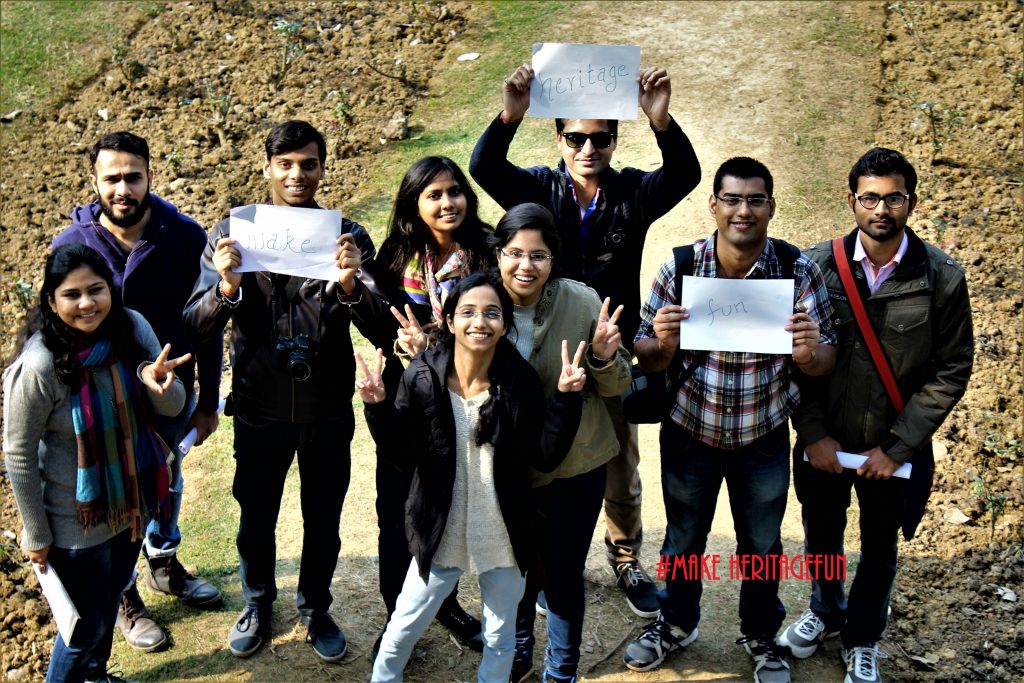 In lieu of celebrating the campaign, GoUNESCO team organized the  ‘Palace to Palace’ run from the Tipu Sultan’s Summer Palace to the Bangalore Place. 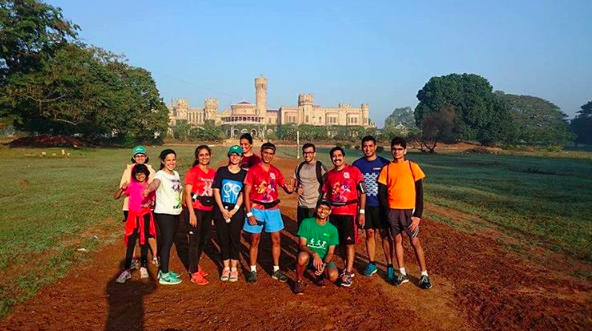 Tirtha along with a few friends decided on a tour around the very famous Victoria Memorial to help tourists by guiding them through the monuments as well as all the other needed facilities. The focus was to bring awareness among the general public through this initiative. 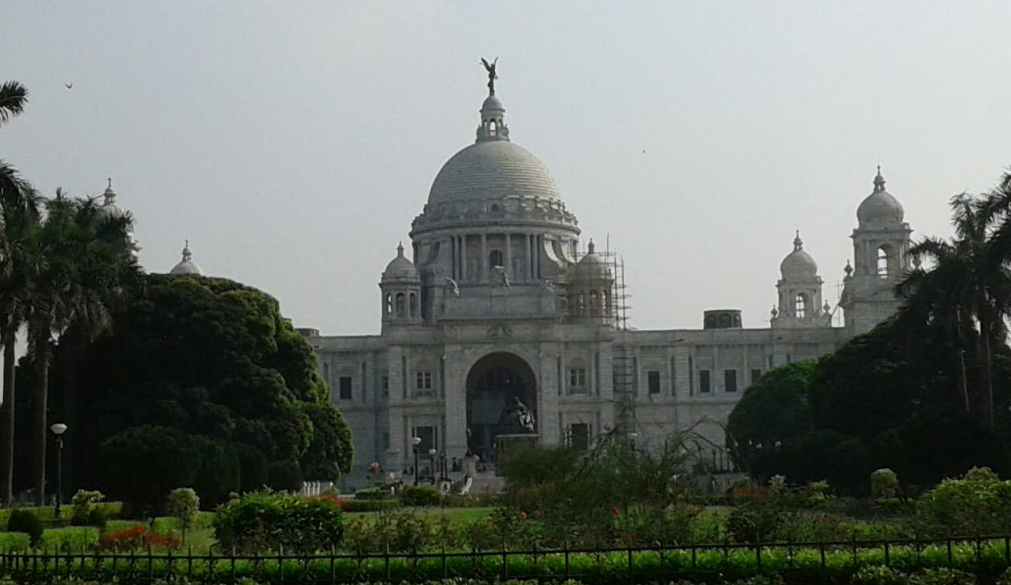 Martine, a GoUNESCO intern, conducted a fun activity in her city, Byblos. Combining the Christmas festivities, Martine and friends walked around the city and involved the local community with the #makeheritagefun campaign using a photo frame. The pictures are worth looking at! View here 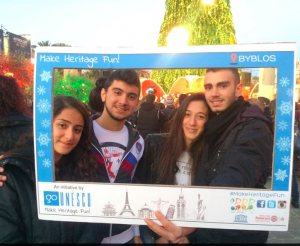 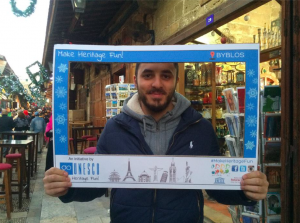 This event held in Goriza was all about the “little things”. The coordinators associated with a local association called Incontri Culturali Mitteleurope (ICM) and together organized a heritage walk to direct participants attention to spaces/sites around the city that go unnoticed but have immense significance to the history of their city. 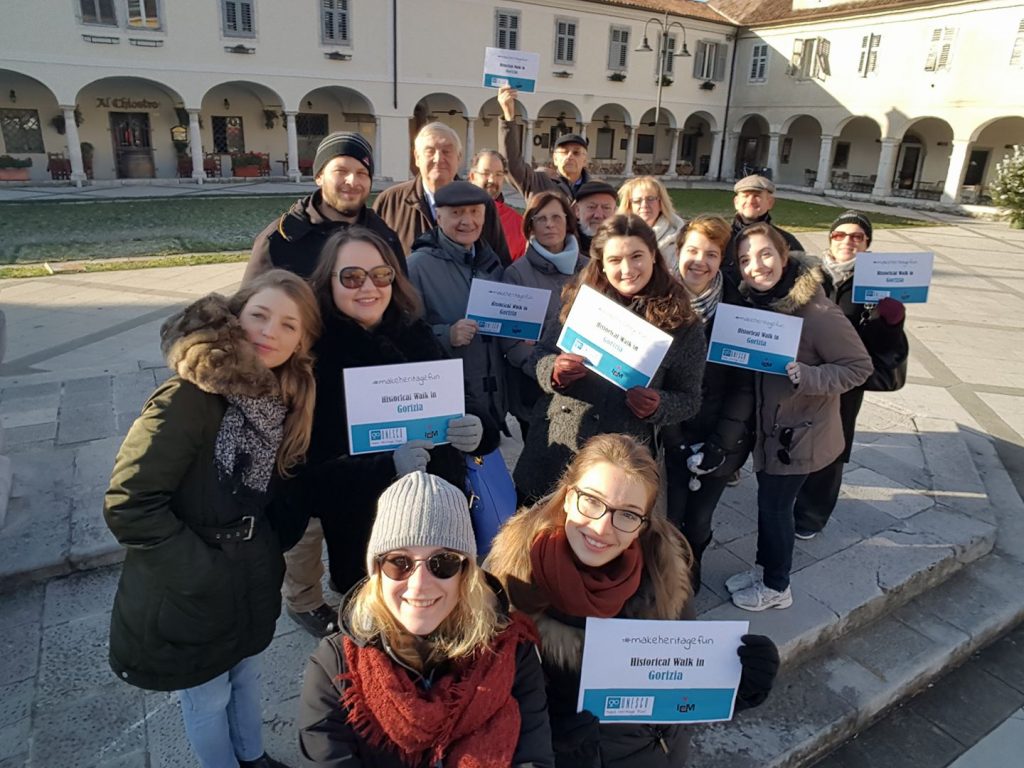 The event was a heritage walk held at Tirana was focused primarily on understanding the monuments very dear to the city of Tirana. These monuments included Mosques, The Clock Tower, Monumental Grave of Kapllan Pasha and The Tunners Bridge. This walk was not just about spreading awareness but also share folk stories from people they met during the event. 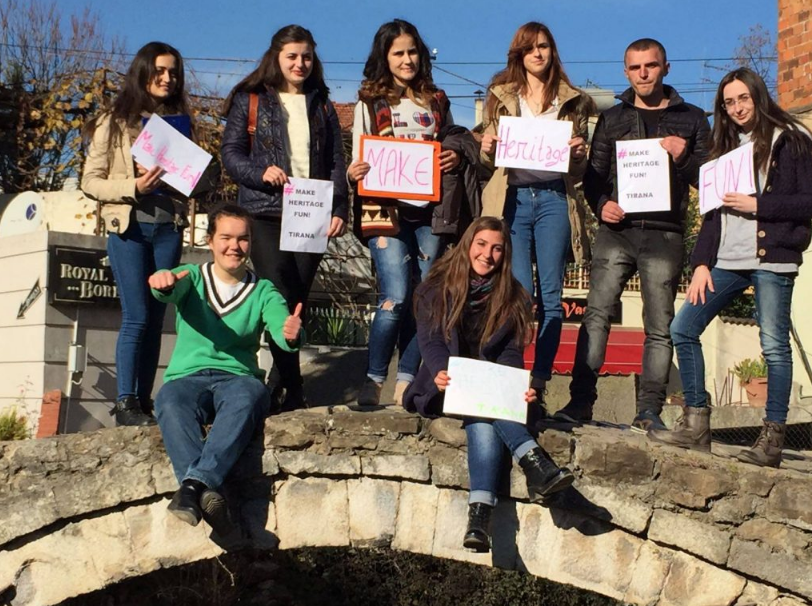 The story of an old water mill that used to be inhabited by elves, led to the transforming of the city’s water mills into elves mill during Christmas. This interesting story behind this event led Phaedra to explore these mills to spread awareness about this heritage event , as there has been a rather decline in the number of tourists who visits these mills which has a chocolate fountain, mushroom museum, the star lake and the pirate ship. 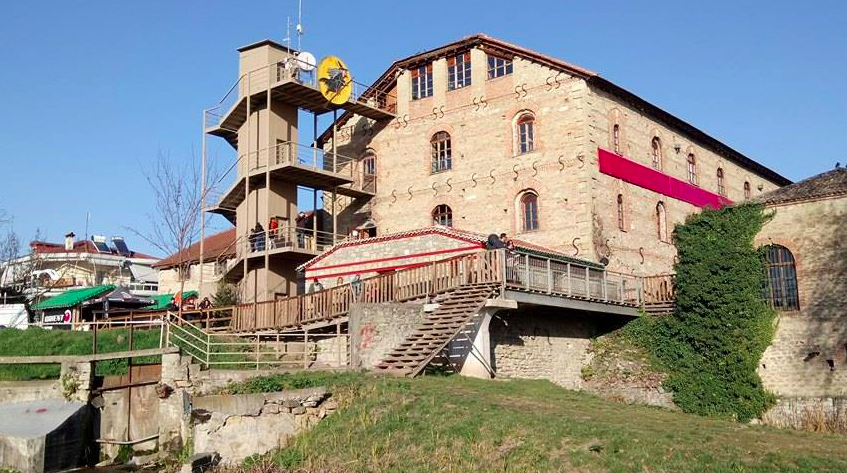 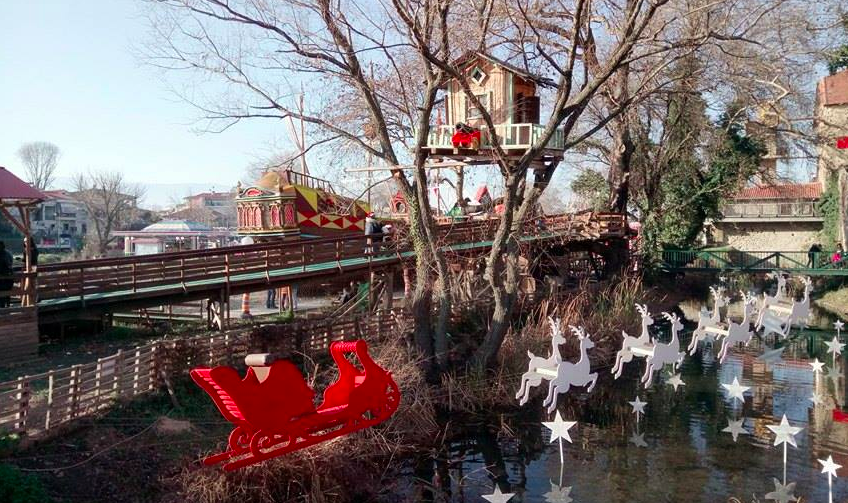 Along with a few of his friends combined the tangible built heritage of Vilnius with the intangible heritage of Belarusian poetry. They captured their #makeheritagefun in a fantastic video. Watch video here

Paducah, is one of the cities on the UNESCO Creative Cities Network. The Paducah celebrated the #makeheritage campaign by listing 5 ‘Paducah Signature Experience’ on their various social media platforms. 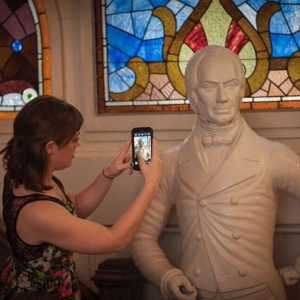 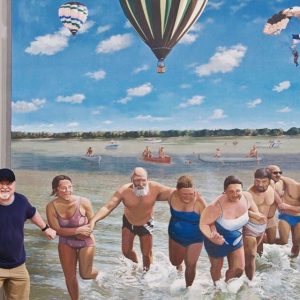 GoUNESCO interns, Mitchell Phelps and Kathleen Desormeaux along with their friends went to the San Antonio Missions, a 2015 addition to the UNESCO World Heritage Site list. 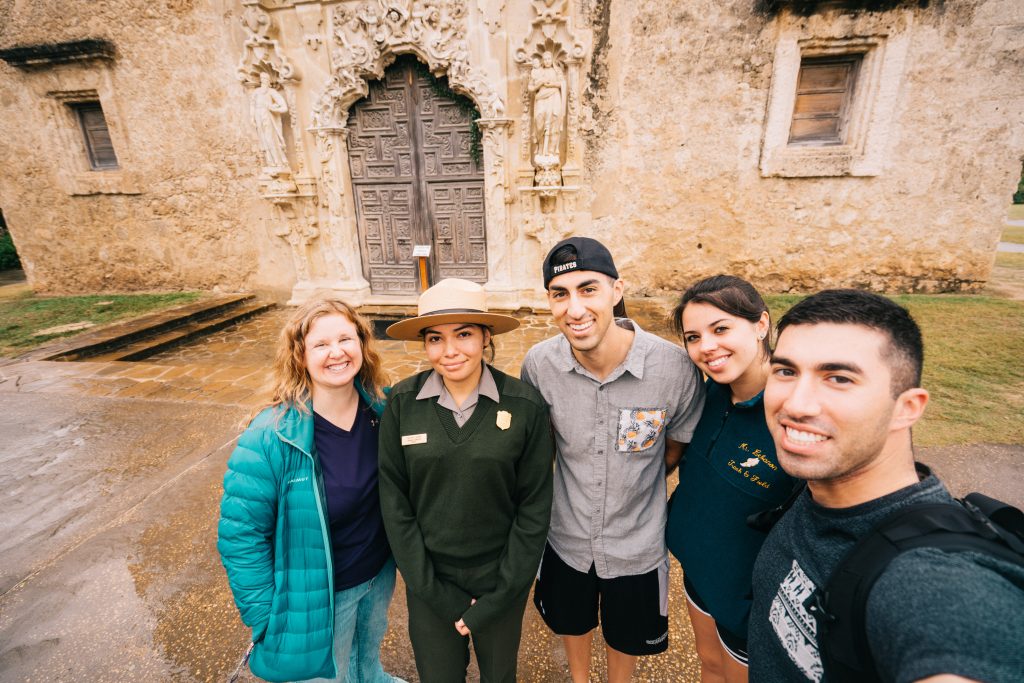 Blanca conducted a historical walk for her friends covering the Chrysler Building. New York Public Library, Brooklyn Bridge and with Christmas time the must visit spot- the Christmas tree at Rockefeller Centre. 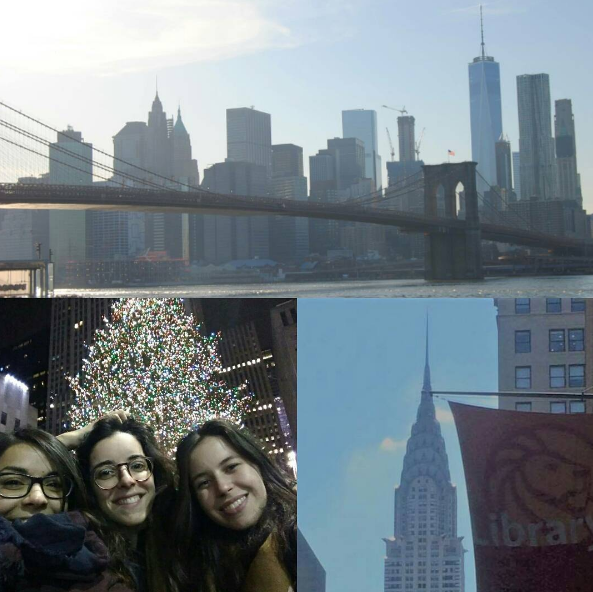 We would like to thank Urmila Santosh for her help with the #Makeheritagefun report.