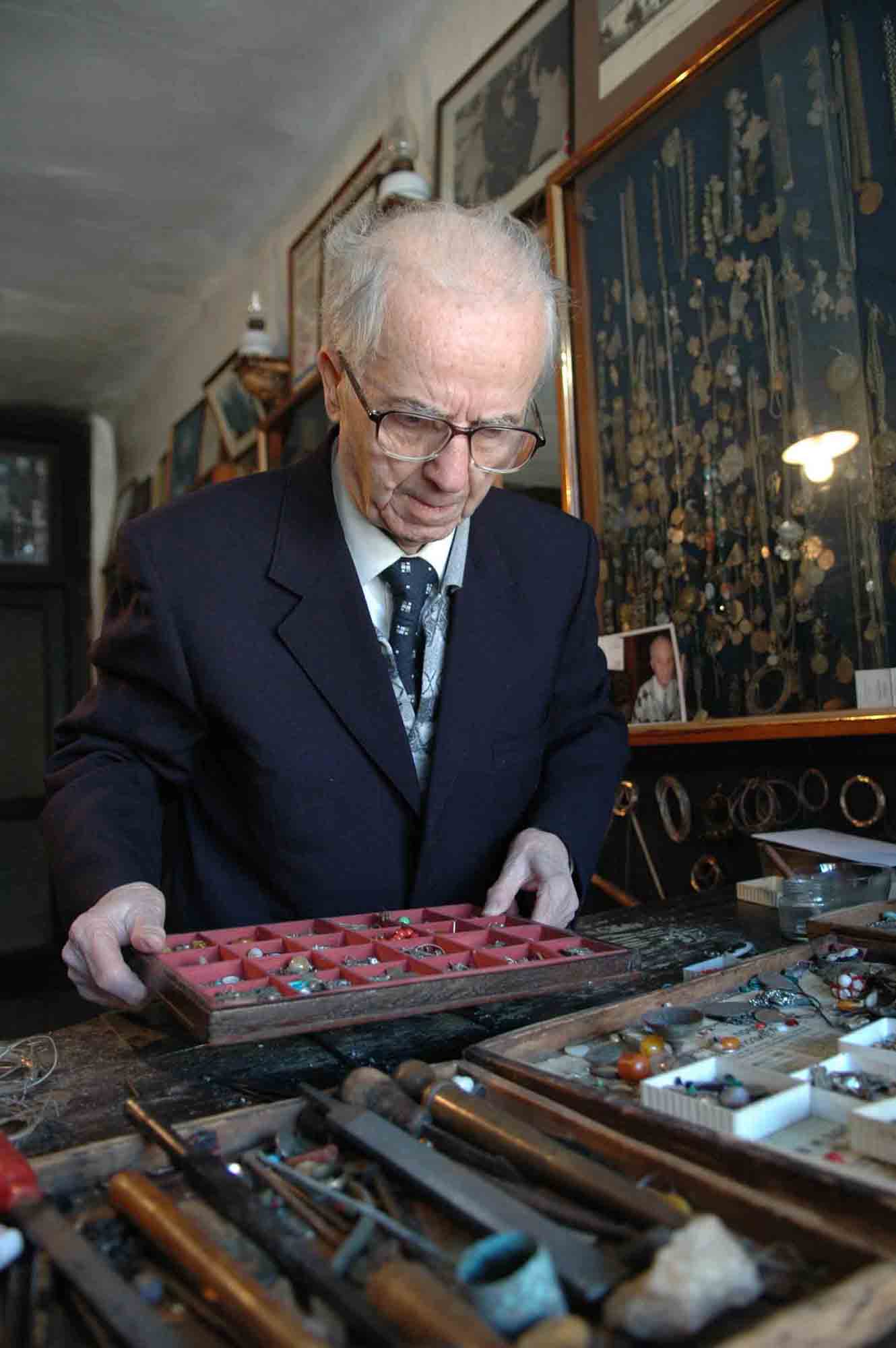 All of the light have brighten up the glory of  “Ohrid-charsija” this night. Many visitors are passing this street every day. Many of the stores are for the tourist, so everyone can buy traditional Ohrid pearls, more or less fake, depends how good you know to chose the right seller, you can buy traditional Macedonian clothes, filigree and other interesting souvenir and postcards. There is stores for the locals also. The shops here are working every single day of the year from 9 till 9, so it has to have something for everyone.

Only one place remains dark every night. In the center of the street, you just have to pass by but hidden with the fancy look of the windows of the surrounding stores.

Only one of the most important stores that have ever existed in Ohrid town – the store and workplace of the famous Vangel Dereban. One of the most famous craftsman, a synonym for Macedonian filigree.

Nowadays,filigree jewelry is very popular. The art of producing silver jewelry with thin silver wire is just beautiful. Filigree is an old craft, left from the time of Turkish rule. The development of filigree took place in secret and craft has been passed from generation to generation, until the 21st century. Vangel Dereban was the  sixth generation of the family filigree  craftsmen Dereban. And a lot of people that were inspired by the work of this great artist, are bow having their own galleries in the city. 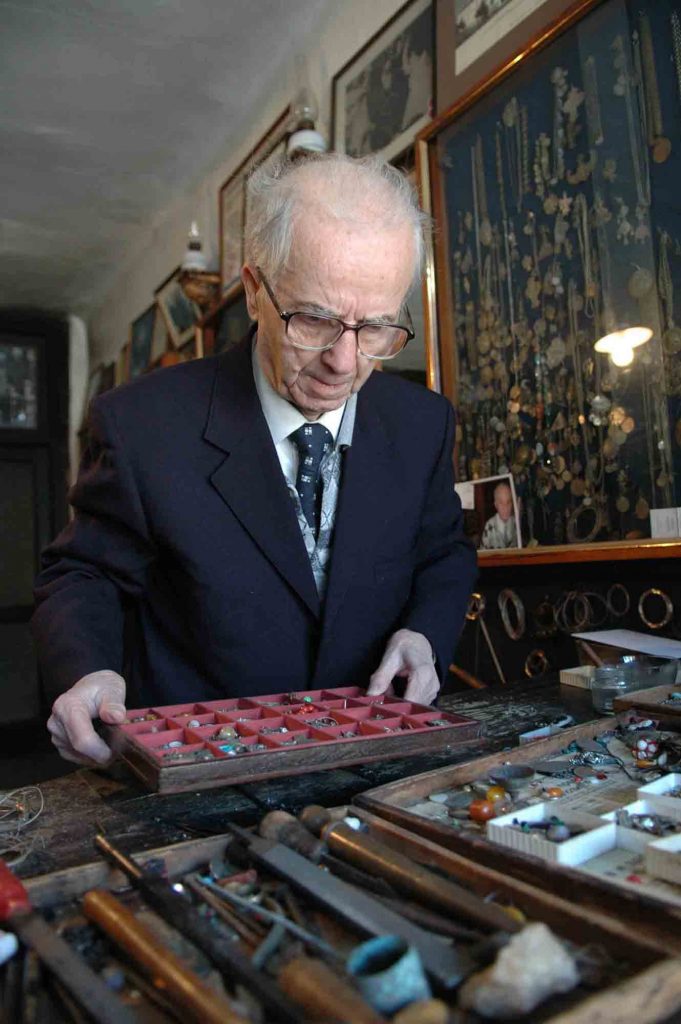 I was one of the lucky ones that caught the time Derevan was still designing , and working in his store. Everyone who wanted to learn and watch, were welcome. The store was small, basic, decorated with his own made jewelry.

His, and his family work was famous worldwide. Silver butterfly is the  most famous element in filigree, which dates from the early 1900s. and is displayed in the Museum of Macedonia.

The light of the store went down the  same time this great artist life ended. Most of the people in the city know about him. Many people told me the store was reused for other jewelry store. I can’t say I am surprised this place isn’t given the attention that deserves, since we are the ones that needs to worship it and point out as one of the historical and cultural landmarks of the city.

The Extraordinary Crafts of Indigenous Australia