The Losar festival marks the beginning of the New year in Ladakh/Tibet and is considered to be the most important festival of the region. During this festival the Ladakhi Buddhists make religious offering before their deities in the domestic shrines or in the Gompas. A medley of cultural events, ancient rituals and also traditional performances are performed during this festival. You can enjoy a good stage fight between the good and the evil, chanting with blazing fire torches and making way into the crowd, ibex deer dancing, battles between kings and ministers and much more. There is blaring music accompanied with dancing, celebration dinner with relatives and friends and unmitigated joy all around. Every year the date and the location of the festival change.

History of Losar festival:
The Losar festival dates back to pre-Buddhist Bon era in Tibet.Historically, the Buddhist festival of Losar is celebrated around the time of the winter solstice, but Ladakh follows a different set of rules when it comes to them celebrating their Losar festival. There is an interesting story that is at the root of the Losar celebrations in Ladakh. King Jamyang Namgyal, on the eve of setting out on an expedition against the Balistan forces in winter was advised not to lead an expedition before the new year. To solve the problem, keeping the regard of the advice, he pre-poned the New Year celebrations in Ladakh by two months. This became established as a tradition and since then Losar is celebrated on the 1st day of the eleventh month every year (as per the Lunar calendar).During this ceremony people offer considerable amount of incense in order to propitiate the local deities and the spirits. Later, this ceremony was converted into a yearly Buddhist festival which most probably started during the tenure of the ninth Tibetan king, Pude Gungyal. 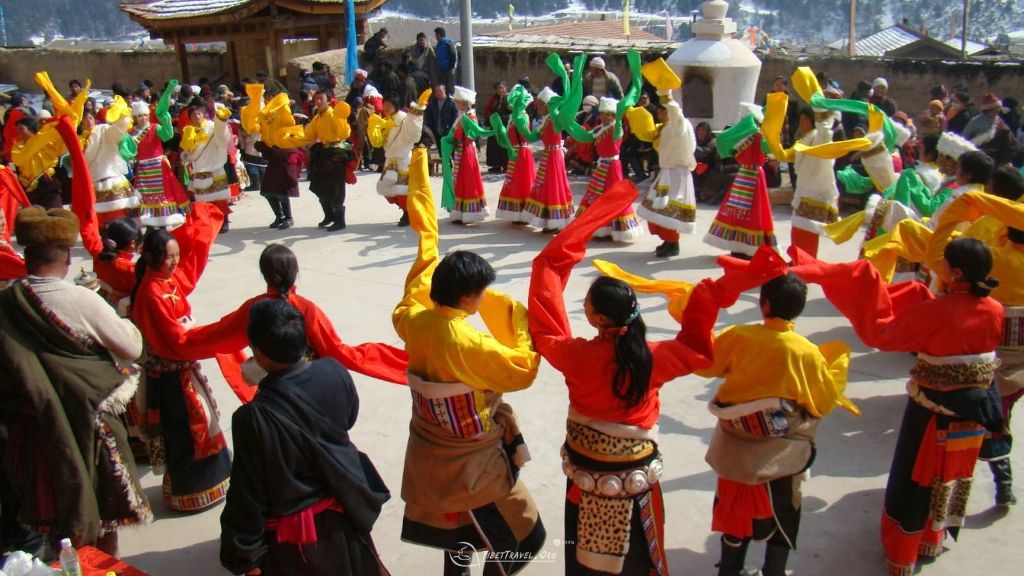 Preparations for the Festival:
Much ahead of the actual date of the most eagerly awaited festival the locals busy themselves with all sorts of preparations. Careful preparations along with proper rehearsals for the performances during the festivities are started earnestly. People start cleaning their houses discarding unused and old materials so that all evil omens are warded off from life and well-being and prosperity of the family members is ensured. There are bright and colourful decorations everywhere and lavish offerings called ‘Lama Losar’ are made.

How the festivities unfold:
On the day of the festival from the very early morning monks belonging to the Namgyal monastery make religious offerings to Goddess Palden Lhamo, who is considered to be the supreme authority of the protectors of Dharma. With the Dalai Lama leading every spectator joins in the ceremony and offer prayers as the monks of the monastery chant invocation for Palden Lhamo.
On the second day which is called King’s Losar a gathering is held within hall of Excellence of Nirvana and Samsara. His Holiness and the government welcome the dignitaries and exchange greetings with them. Representatives from countries like China, Nepal, Bhutan, India, Mongolia and other places attend the celebrations.
From the third day the monks and the local people begin celebration and join in the festivities with gay abandon. Dances are performed at Buddhist monasteries and people go in large numbers to these monasteries to offer their prayers. All the shops are shut and the people take to the streets decked with colorful prayer flags. The locals celebrate the day with special meat and the local beer Chang flows freely. 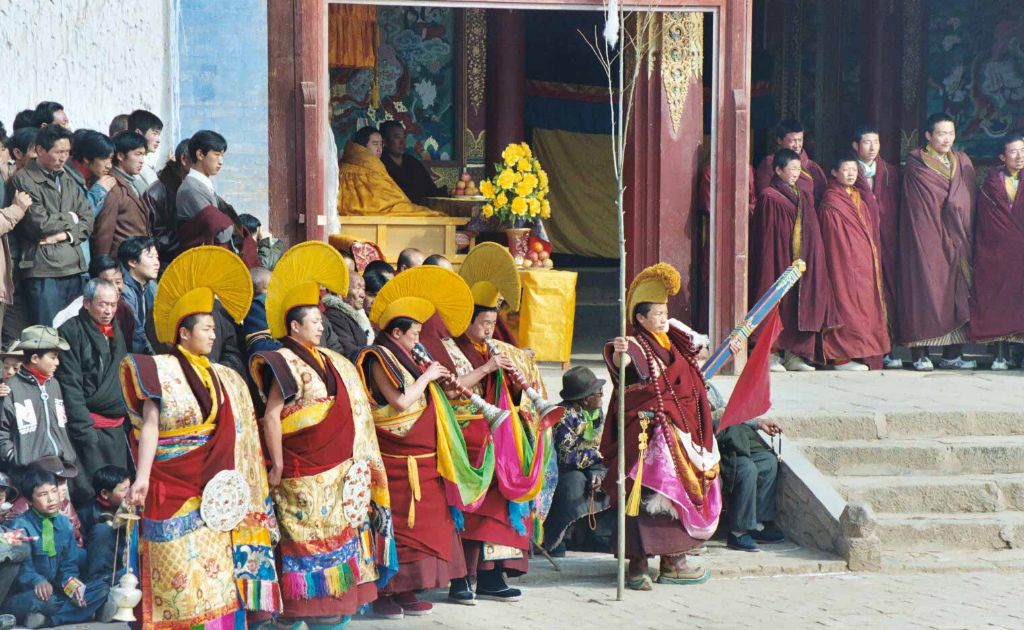 The festival dates and duration:
This most popular and vibrant festival is held during the months from January to March. The actual dates are fixed as per the Lunar calendar. In 2014 the festival was celebrated on from 31st Feb to 2nd March.

The Karez System in Bidar