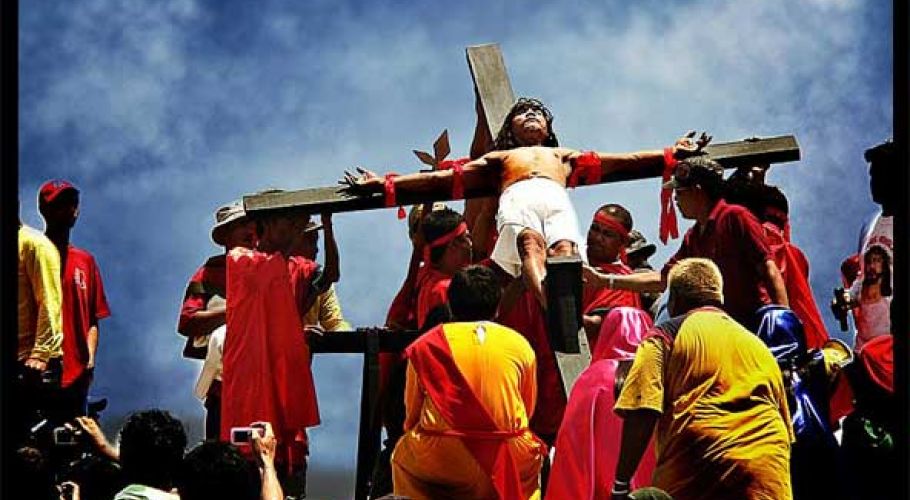 The City of San Fernando, Pampanga, Philippines is a witness to devout Catholics joining penitentiary rites during the Lenten Season. It is no surprise then that both local and foreign tourists visit San Fernando Pampanga during this time of the year.

Flagellation: The adherents are known as called mamalaspas, who whip themselves up as they walk on the streets either on foot or on their knees.

Carrying of the cross: called mamusan krus, these devotees carry a heavy wooden cross under the scorching heat on the streets along with the cross that they either carry alone or with fellow penitents.

Passion Play: The theme of the play commemorates the sufferings of Jesus Christ, from his agony in the garden to his crucifixion and resurrection.

Flagellation and carrying of the cross rites are held on San Fernando Pampanga streets from April 10-16, and the crucifixion rite is on April 14 in Barangay San Pedro Cutud. While these passion plays are held in different areas, one big play is also held just before the crucifixion rite in Barangay San Pedro Cutud at 12:00 NN. The play starts at around 9:00 AM.