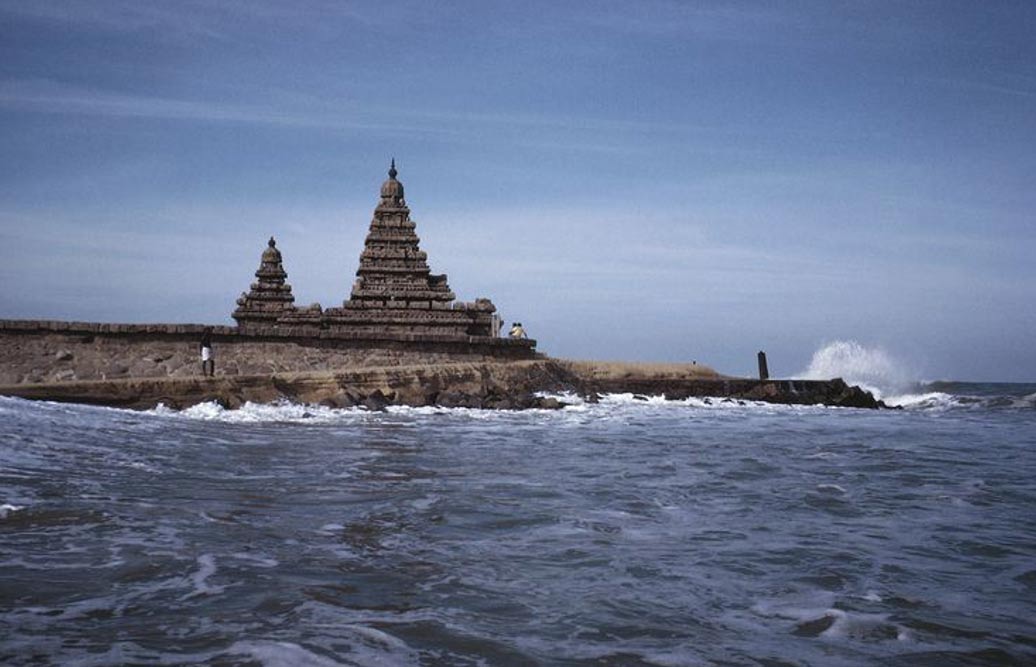 Underwater mysteries have always fascinated us and have given us enough to research on and to recreate the history of early human life on earth. Among many such marvellous enigmas that have been lingering in the minds of many historians and archaeologists is the story behind the deluged structures of Mahabalipuram.

Mahabalipuram, also known as Mamallapuram (ancient name) is a town in the Kancheepuram district of Tamil Nadu, situated at a distance of 60km to the south of Chennai. The town formed a part of pre-historic age and was a vibrant sea port during the era of Periplus (1st century C.E. manuscript that lists all the coastal landmarks) and Claudius Ptolemy (140 C.E.), from where the ancient Indian traders navigated to the South-East Asian countries.

This ancient port city is believed to have been founded by King Mahabali (son of King Prahalada and grandson of King Hiranyakasipu). Later evidences show that the city was inhabited by the rulers of the Pallava dynasty during the 3rd and 9th centuries.

According to historians, Pallava King Narasimhavarman II initiated the construction of temples along the Coramandel coastline. The complex derives its name ‘seven pagodas’ owing to the fact that there were seven temples. Local folklore states that the prosperity and the mesmerizing beauty of Mahabalipuam instigated a feeling of envy among the gods, especially Lord Indra.

As a result, Indra is said to have immersed the entire city including six of the seven temples in a disastrous storm leaving behind the famous UNESCO World Heritage site of the Shore Temple –evidence of that this city once existed.

Loval fishermen claim that they were able to witness the gleaming copper tops of the submerged out at the sea. This myth further grabbed attention after the catastrophic tsunami of December 2004, during which the water level receded by 500 meters and numerous people saw long rows of straight stones.

Also, as an aftermath of the disaster, several small statues and temples were left uncovered, further urging the Archaeological Survey of India and the Indian Navy to scrutinize the site. This underwater investigation disclosed a large series of buildings, walls, platforms that have been elucidated as forming a large complex. Foundation walls, broken pillars, scattered dressed stone blocks and other granite structures are among the other finds of the survey.

These present day revelations have ignited a renewed interest in this legend. Based on these new evidences, it has been deduced that the underwater elements found off the coast may have been part of the port city. Archaeologists believe that a major part of the temple complex might have been ruined due to a tsunami in the 13th century.

Another suggestion made by the researchers is that the land area might have undergone severe erosion due to the fluctuating coastline. Also, the researchers do not want to jump to any immediate conclusions but would want to do a thorough investigation and who knows one day might be able to prove the myth of submerged temples to be a true historical occurrence.