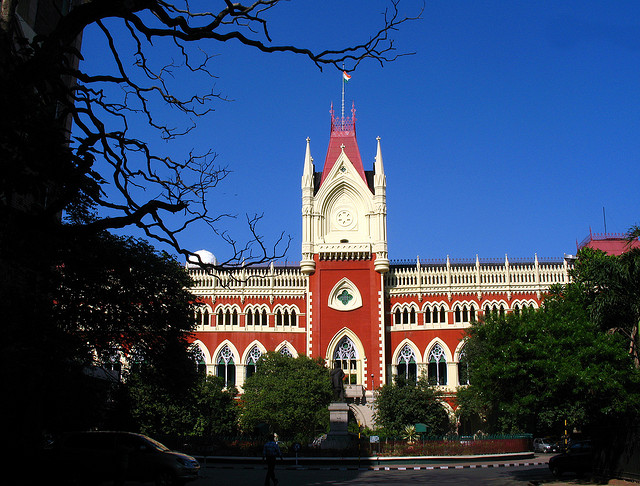 While the other metropolitan cities continue to grow into glass facades, the city of Kolkata has frozen in time. With minimum alterations since 1980s, the City of Joy continues to serve as the trade centre of East India.

Calcutta was the imperial city, an 18th & 19th century ode to the European Classicism of the colonial rulers. As the capital of British India, it became the site for most of its principal institutions. The Asiatic Society was established in 1784 by Sir William Jones & by 1814, the Indian Museum- the earliest & largest multipurpose museum in the entire Asia Pacific region & second in the world had been established. The Government House became the seat of all Governor Generals & then Viceroy until the shifting of capital to New Delhi in 1912.

The Early History And Growth Of Calcutta published in 1905 says, “With the exception of London, no city in the Great British Empire can be compared to Calcutta in point of size, beauty & commercial importance. It is not only the recognized capital of British India, and hence the seat of the Supreme Government, as well as the headquarters of the Provincial Governor of Bengal, but it may be regarded as the second capital of the Empire.”

This level of confidence initiated a massive architectural growth in Calcutta’s skyline. The City of Palaces hence knew it could set the trend & didn’t have to blindly copy & replicate other presidencies or colonial towns.

However, the shifting of the capital to Delhi brought a dent in the growth curve of the city’s ambition. For a few decades, Calcutta preserved its reputation among India’s other cosmopolitan cities & economic centre. With its Bengali intelligentsia, Anglo-Indian community, Chinese entrepreneur & Marwari businessmen, the city lived through the 1960s living life tapping its feet to Usha Uthup’s songs at Trinca’s & cabarets at Moulin Rouge & Firpos. (While Trinca’s & Moulin Rouge still struggle to remain relevant on Park Street among innumerous other contemporary joints, Firpos was razed in a blaze in 2002.) In the latter years of the decade, severe power shortages, strikes, and a violent Marxist-Maoist movement by groups known as the Naxalites damaged much of city’s infrastructure resulting in economic stagnantation driving away most of the influential Marwari families to Hyderabad, Delhi & Bombay. In 1985, Rajiv Gandhi dubbed Kolkata as “a dying city” in the lights of its socio-political woes.

In a state of economic dormancy, a self-inflicted recession, the effect of India’s economic liberalization did not hit Kolkata for nearly two decades after the rest of the country. In early 1990s, while the economic boom resulted in the rapid transformation of other cities, Kolkata remained frozen in time. This has been a blessing in disguise. Kolkata today has therefore been spared the rapid transformation of other Indian cities seen in the last three decades. Its historic buildings still stand, unlike other cosmopolitan counterparts where they were bulldozed to make way for modern high rises with glass & alucobond facades. Communists rule & economic hibernation has saved its historic stock by default. So, while its historic buildings may look old & decrepit, they atleast survived the bulldozers.

Today, Kolkata’s architecture – both old & new face a new future. Driving down from the newly constructed airport terminal, the city is lined with flashy new buildings of glass facades & other new hospitality faces in Salt Lake & Rajarhat, the centre of the city however still maintains the charm of the old age Victorian Calcutta. The buildings of Chowringhee- The Geological Survey of India, Indian Museum & Government college of Art & Craft faced the grand swath of urban Maidan, creating an unparallel view before being rudely interrupted by the concrete flyover recently.

While individual models of conservation have shown promise in the city, its time to join the dots. These initiatives are positive steps, but if the city is truly to revive its architectural legacy & reposition itself as India’s cultural capital, it needs a major political vision, coupled with a substantial financial investment. To see any relevant change in Kolkata, there has to be a balance between issues of architectural concern & those of infrastructure through coordination of various involved agencies, planning & legislative bodies and government organizations.

At a point in time, every great city wakes up from its slumber to revive its glory. It is a global phenomenon that a city’s financial revival is accompanied by an urban facelift with huge capital investment in public infrastructure & restoration of city landmarks. This is a significant step in packaging the architectural monuments as the icons of the city in order to present itself among the other internationally acclaimed cities like Paris & New York which successfully emerged from a similar scenario.

In order to maintain the critical balance between modernity & heritage thus ensuring that one realm does not overshadow the other, a regulatory framework is necessary, but more importantly a political will to support that framework. A comprehensive planning, sound architectural & economic policies, transparency & vigilance is required to ensure the urban & architectural revival of the city’s heritage so that Kolkata can again stand with that immense dignity that speaks of generations of aristocracy & an innate gentility.

Contrasting Scenarios in the World Heritage Spectrum: The Timbuktu Mausoleums and the Bamiyan Buddhas