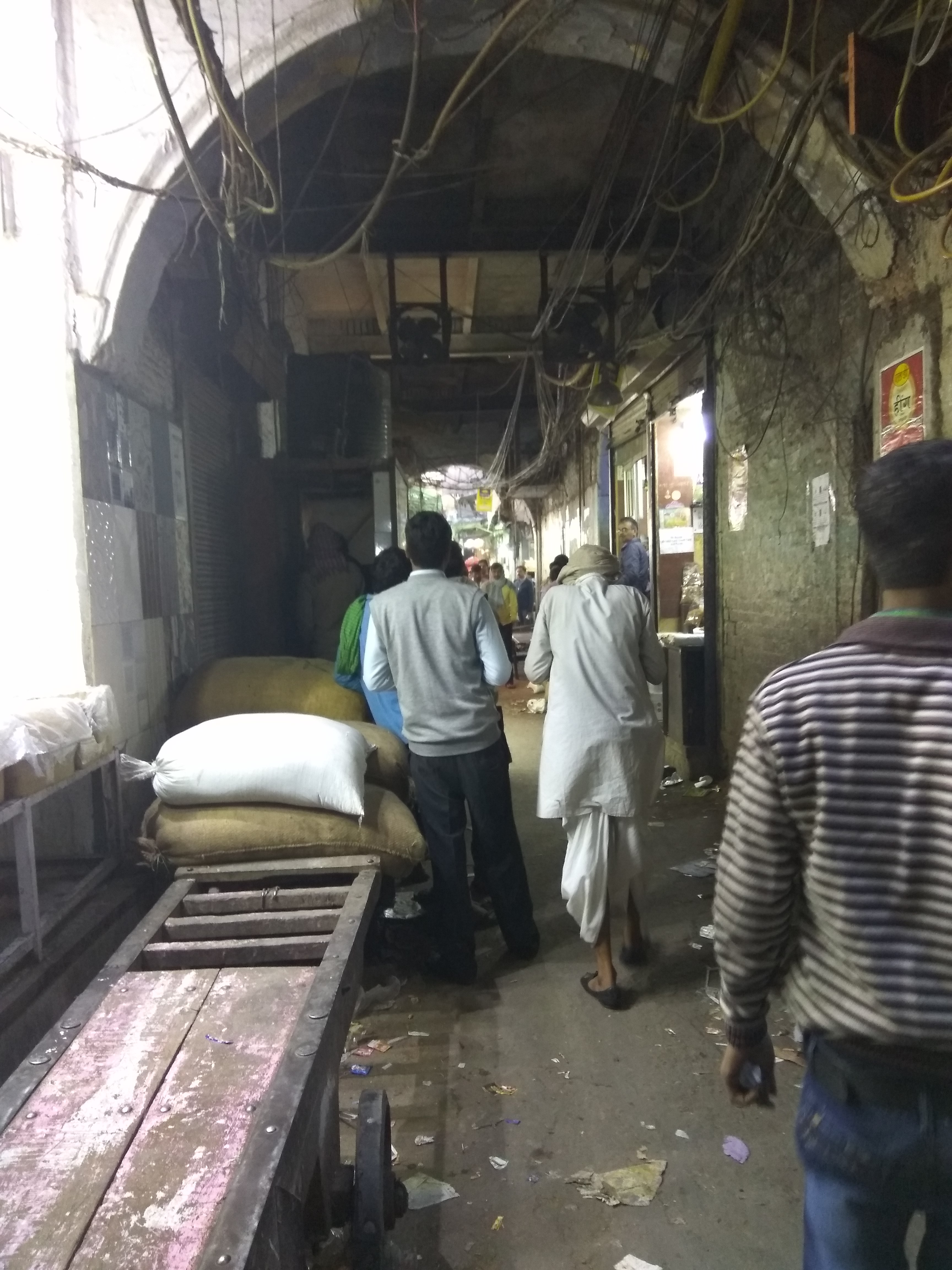 From a step-well to Asia’s largest spice market, Khari Baoli is a trove of exotic condiments.

Trying to look at local economies within the city of Delhi, I decided to pick the manufacture and sale of spices. India has always been stereotyped as the ‘exotic land of spice’, and hence, gaining insights into this industry would help decode the cultural perceptions the Indian subcontinent. I decided to visit the Khari Baoli, which is Asia’s largest spice market.

The Significance of the Khari Baoli:

Dating back to the Mughal age, Khari Baoli was established in the 17th Century. Baoli means a step well,  whereas Khari or Khara means salty, therefore it was a salty-water step well. But, that is history now, today there is no trace of water or its source in the vicinity of the market. The step-wells that the market is named after too can be found only in passages of history.

The transformation The area underwent over time is remarkable. Although none of the original structures remain, the market has retained its ancient feel. Where the forefathers have passed the baton to their 7th – 8th generation.

I was mesmerised when I entered the market by the smell and sight of spices and dry fruits. It can be quite a challenge if you have a sensitive nose as you start coughing or sneezing because of the rich fragrance of chilli and peppers in the air. There are cycle-rickshaws and hand pulled carts and porters carrying ridiculously big bags on their backs. Some spices that you can see at a glance among others are – chilli, nuts, unrefined spices, salts, pulses, rice, herbs, dry fruits and grains of diverse shapes and colours and fragrance!

Encounters at the Market:

The spice market allows you to choose from a variety of spices both local as well as exotic.  An array of spices (freshly ground) can be purchased in large quantities at the market. Lane after lane, traders sit under portraits of their ancestors. They count money and mutter away about the quality of their products.

Interacting with one such shopkeeper, I gained insight into the historical relevance of the place. I asked him  why the market has remained unchanged all these years. He replied saying that the heritage status of the market prevents large scale change.

The haveli or the street where the spice market is located was owned by  L N Garodia, and is commonly known as Garodia market by the shopkeepers. I inquired of how long the man had been in this business, to which he answered that the spice market started in 1937. The same shops here sold different things before, and were taken over by ewer establishments. He also mentioned that the ownership and responsibility of the store he handled had been passed down to him by his forefathers.

The nearest metro at Chandni Chowk is at a walking distance and has made the market more accessible . It certainly boosted the business of the traders by simply being in a well-connected area of Old Delhi. The Khari Baoli is not only a centre for the economic support of the Indian food industry. It forms an important element of Indian heritage due to its antiquity, and also explains the importance of the Indian subcontinent in terms of the natural resources it has possessed for time immemorial.

Buildings of Seferihisar: A Photo Walk

The Cultural Ecology of Valentine’s Day