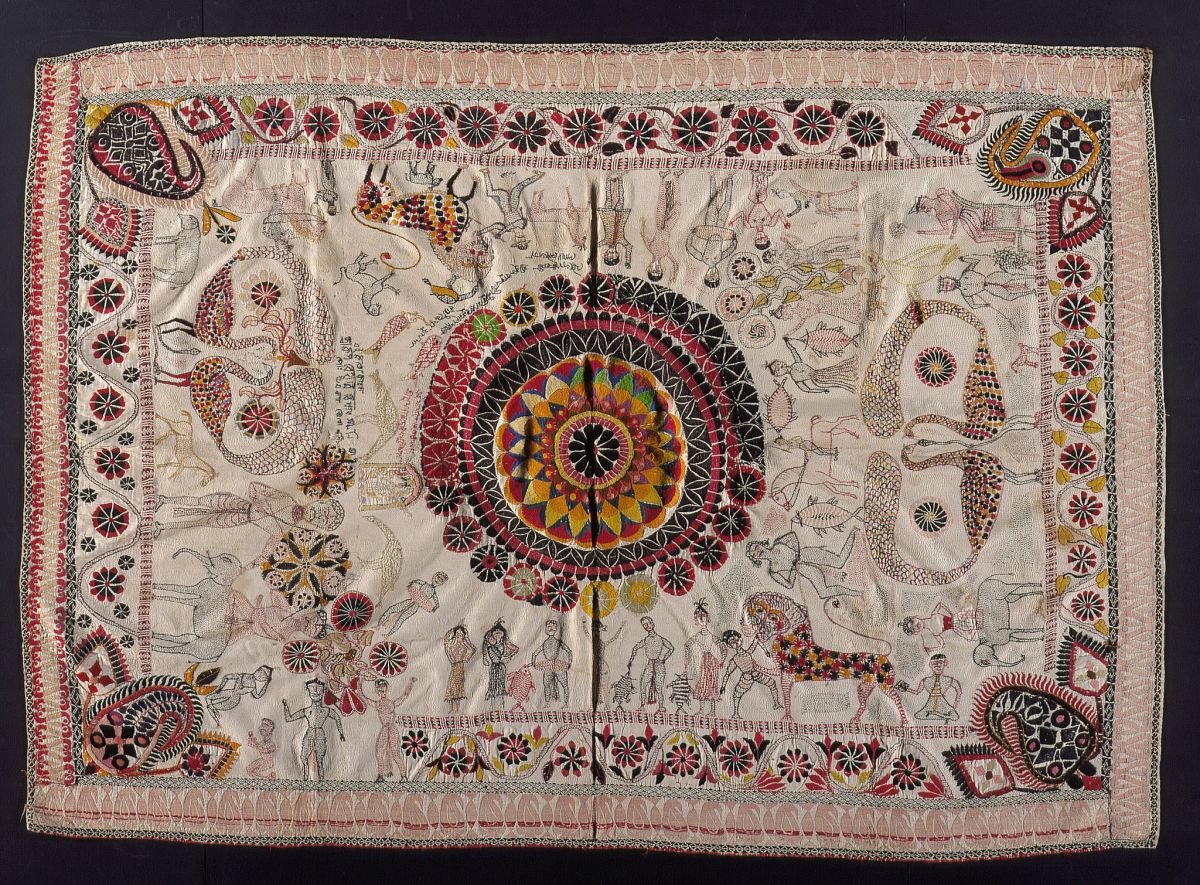 Kantha embroidery finds its origin in the Vedic ages — it’s discreet mention has been found in Krishnadas Kaviraj’s Chaitanya Charitamrita written almost 500 years ago. As a part of ancient art, this style of embroidery saw the emergence of many kinds of motifs and symbols. The motifs were representations of basic natural elements such as the sun, trees and life in general.

But gradually, the embroidery found relevance and was used to depict fine intricacy, encompassing culture and religion. With that, more and more rural people in West Bengal, Odisha and the neighboring Bangladesh imbibed the style, adding their own personal touch to it.

Kantha embroidery was one of the means by which people in Bengal would shower their blessings on the newborns in the family. It would be gifted to their near and dear ones during auspicious occasions and to showcase their skills. An interesting mythological allusion behind the kantha‘s origin talks about both Lords Shiva and Budhha wrapping themselves with with garments made from discarded rags (or in 0ther words, Kantha) that were patched and sewn together.

Anuradha Lahiri of the Anumit Boutique says that the art is getting tainted, since there are many who have irresponsibly done the work using unsuitable materials in order to bring down the cost. But by doing so, the essence and grandeur of this work has been lost somewhere.

Lahiri is now trying to revive the style and also try out new styles such as handloom noil kantha, reverse stitch kantha. Reverse stitch Kantha is a very interesting concept, unlike the conventional style the where body of the flowers is filled with stitches — but here, the gap between the flowers is be filled with contrasting thread to delineate the flower from the background.

She says this technique is quite labor-intensive, but weavers have shown their enthusiasm to try out new variations to restore the former glory of this beautiful art.

One can be sure of finding exquisite piece of Kantha work stored in middle-class Bengali households. But if the art is not revived soon, it could be so that it would be only found in the coffers of our ancestors.