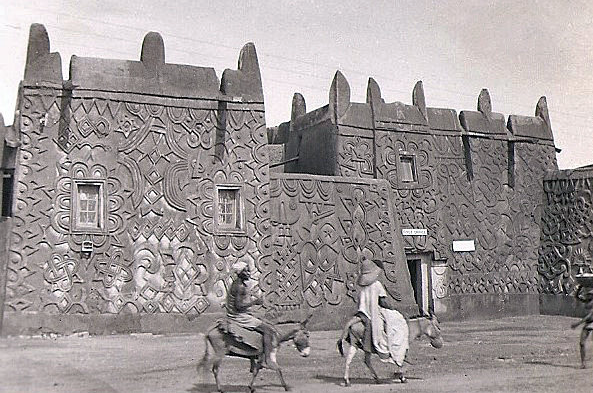 The ancient wall of Kano city is described as one of the most impressive monuments in West Africa. It was built to defend the ancient city of Kano.

The ancient wall is said to have been constructed from 1095 – 1134, by Sarkin Kano Usman Giji Masu Dan Wasiri, a governor of the ancient Kano city. He has been credited to have laid the foundation of this great wall, according to existing records that explain the creation of the walls. The wall is beautified by the presence of the Dala Hill, Kurmi market and the Emirs Palace.

It boasts of a height of about 30 to 50 ft, 40 ft thickness and has about 15 gates. The gates were used to control the movement of people in and out of the city. The wall is of great cultural, spiritual and social significance to the people of the city. The Dala hill is believed to be the first place of settlement for the people of Kano, and in this hill, political and economic development of the people start. This area is also known for its acumen in craftsmanship, which is clearly evidenced in the materials used for the construction and designs made on the walls and around the city.

The need for the walls may have arisen due to the frequency of high impact commercial and economic activities, as Kano was the centre of commerce in Northern Nigeria. So, the city walls gave its inhabitants a feeling of security and confidence to trade in Kano.
References

The Kirike people of Nigeria