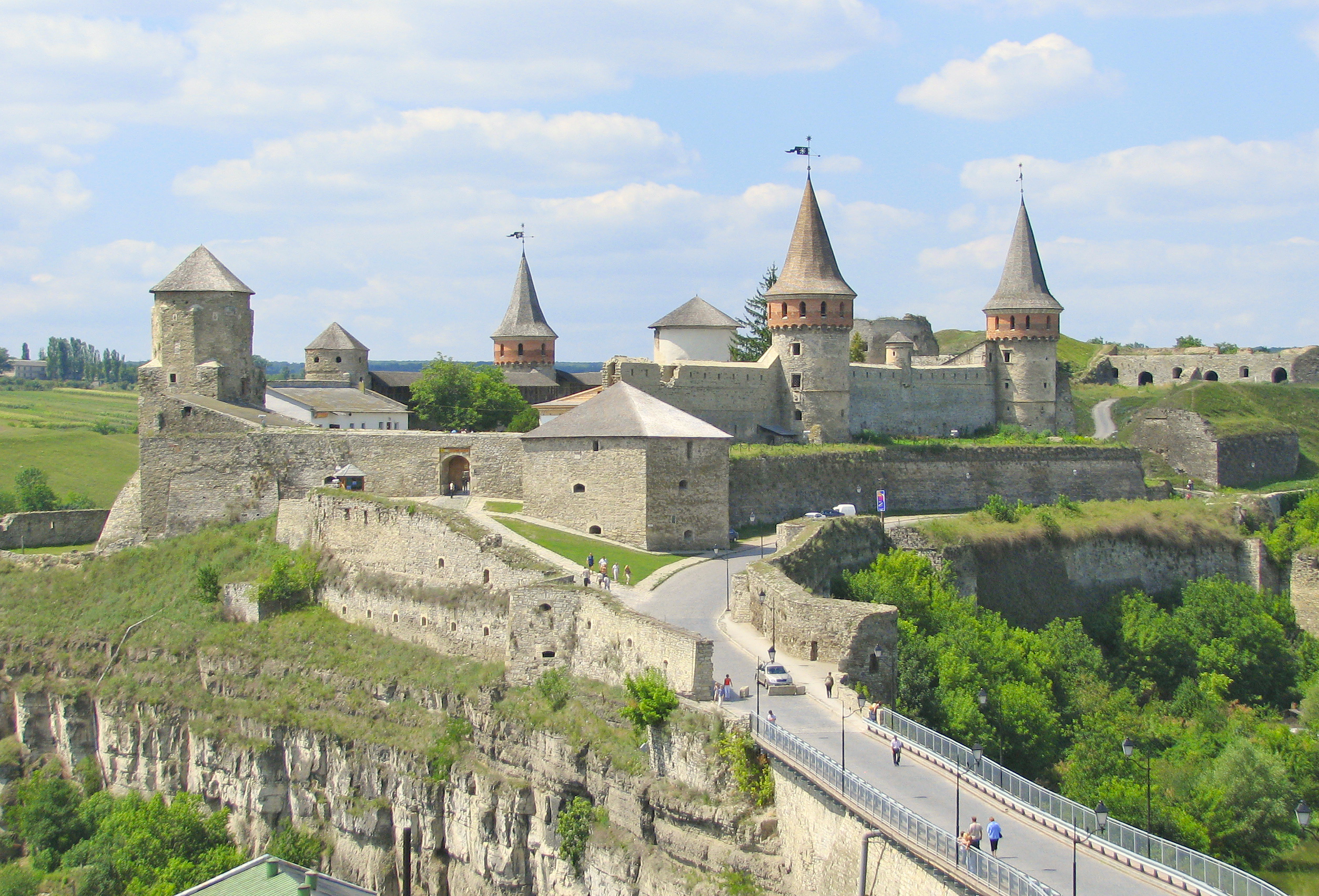 I read about an amazing opportunity to join Unesco team on the http://www.mladiinfo.eu/2015/12/09/gounesco-internship-program/. I think it is a great chance for me to learn more about our world, to meet new people and to discover GoUNESCO.

I work in Ukrainian agricultural company as a financial manager, but my real passions are traveling, hiking, skiing and rafting and I think I can bring a lot of fun and new experience to GoUnesco team. I am very grateful to Unesco for adding 7 architectural and natural Creation of Ukraine to the List of World Heritage Sites. But I would like to discover for you the 8th one, that should be also in this list.

This is Kamianets-Podilskyi Fortress – It is a rock with mighty walls and twelve towers. There is a legend that Khan Osman saw the fortifications of Kamianets, asked: “Who has built such a mighty town?” “It was God”, was the answer. “So let God himself conquer it!”, and with that he turned his troops away from the mighty walls.The fortress suffered two defeats, and those for valid reasons. In 1393 the Lithuanian Prince Vitowt conquered the stronghold thanks to discord in the garrison, and in 1672 the Turks conquered this fortress of the Podillia region by simply outnumbering their foe (more than 60 times!).

The events of that time became the historic outline of the novel “Fire in the Steppe” (original title Pan Wołodyjowski) by the 1905 Nobel Prize laureate Henryk Sienkiewicz. The underground vault under the Commandant’s Tower is “protected” by the soldiers from the Wołodyjowski’s detachment. In the Day (Denna) Tower you can meet a clerk, an ambassador and a burgomaster, who present “ancient” diplomas to every visitor who requests them. But most of all visitors are drawn to the diorama “Assault of the Fortress in 1672”, located in the underground vaults near the Rozhanka Tower. Here the musketeer (believe it or not, they also took part in the defence of the castle!) directs his musket at guests as they go down the damp stairs. Also here a monk says his prayer near the body of a deceased soldier, while a cruel janissary (Turkish warrior) lifts his arched yataghan (curved sword). Also you will be impressed by the 40-metre-deep well in the New Eastern Tower and stroll through the fortress gallery. But the fortress has more than just a glorious past.

Be sure to visit the “Terra Heroica” Annual International Military and Historical Festival and witness impressive “battle scene” re-enactments. And who knows, you might even be the one to finally find a ghost at the Old fortress.