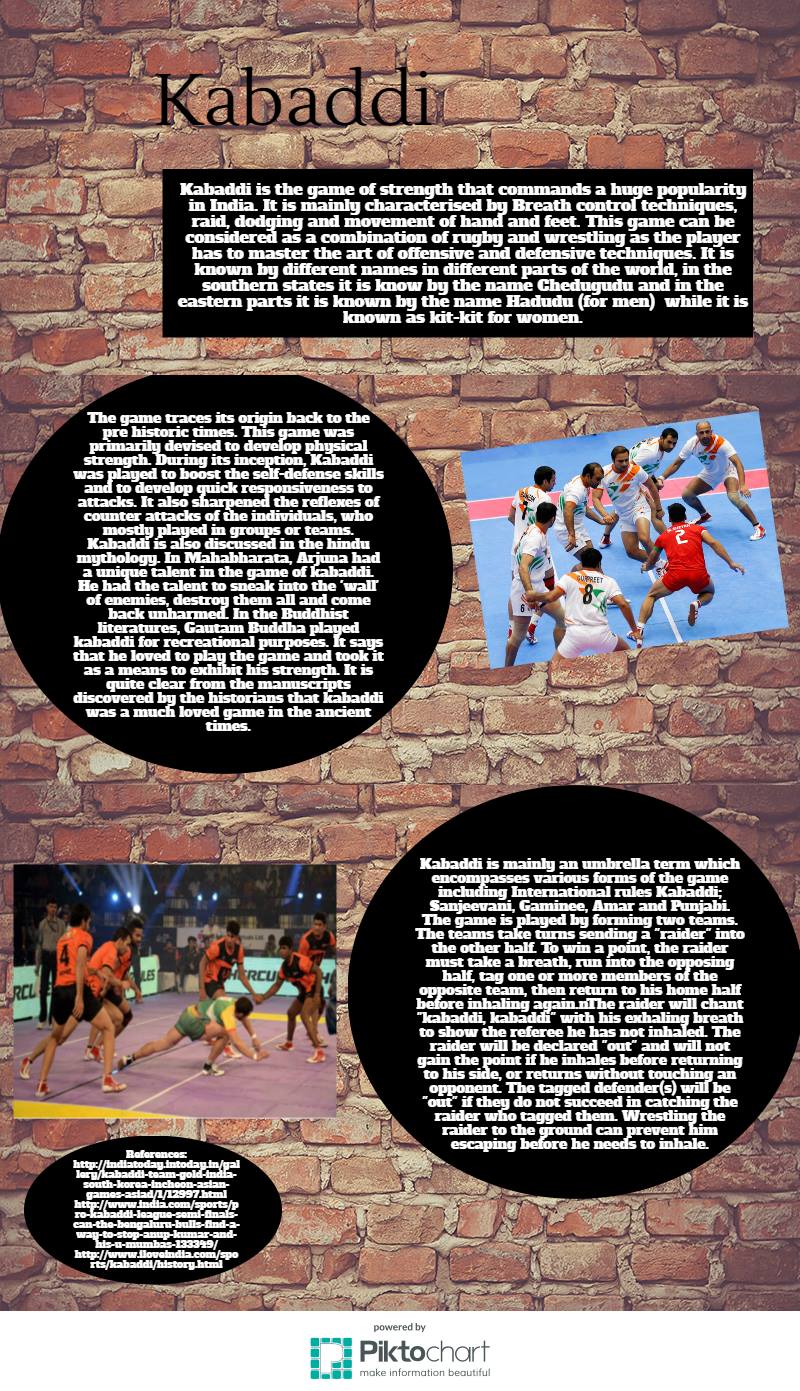 Kabaddi is the game of strength that commands a huge popularity in India. It is mainly characterised by Breath control techniques, raid, dodging and movement of hand and feet. This game can be considered as a combination of rugby and wrestling as the player has to master the art of offensive and defensive techniques. It is known by different names in different parts of the world, in the southern states it is know by the name Chedugudu and in the eastern parts it is known by the name Hadudu (for men)  while it is known as kit-kit for women. 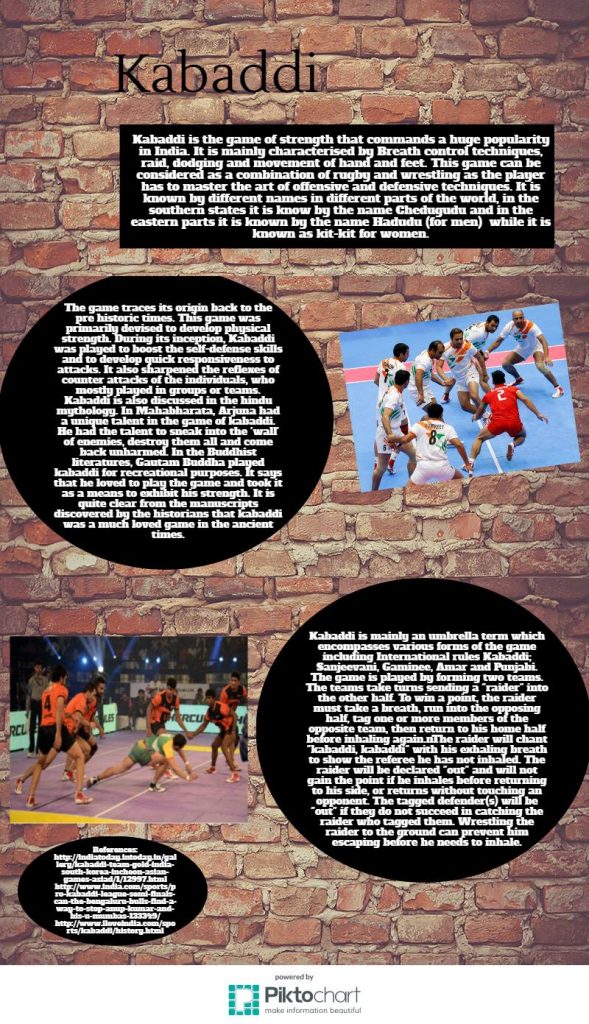 The game traces its origin back to the pre historic times. This game was primarily devised to develop physical strength. During its inception, Kabaddi was played to boost the self-defence skills and to develop quick responsiveness to attacks. It also sharpened the reflexes of counter attacks of the individuals, who mostly played in groups or teams. Kabaddi is also discussed in the hindu mythology. In Mahabharata, Arjuna had a unique talent in the game of kabaddi. He had the talent to sneak into the ‘wall’ of enemies, destroy them all and come back unharmed. In the Buddhist literatures, Gautam Buddha played kabaddi for recreational purposes. It says that he loved to play the game and took it as a means to exhibit his strength. It is quite clear from the manuscripts discovered by the historians that kabaddi was a much loved game in the ancient times.

Kabaddi is mainly an umbrella term which encompasses various forms of the game including International rules Kabaddi; Sanjeevani, Gaminee, Amar and Punjabi. The game is played by forming two teams. The teams take turns sending a “raider” into the other half. To win a point, the raider must take a breath, run into the opposing half, tag one or more members of the opposite team, then return to his home half before inhaling again. n The raider will chant “kabaddi, kabaddi” with his exhaling breath to show the referee he has not inhaled. The raider will be declared “out” and will not gain the point if he inhales before returning to his side, or returns without touching an opponent. The tagged defender(s) will be “out” if they do not succeed in catching the raider who tagged them. Wrestling the raider to the ground can prevent him escaping before he needs to inhale.
Kabaddi was given the national status of a game in India in 1918. The state of Maharashtra was solely responsible for bringing the game up to this level. The standard set of rules and regulations for the game were formulated in the same year. However, the rules and regulations were brought to print only after a few years, in 1923. During the same year, an All India Tournament for kabaddi was organized at Baroda, wherein the players strictly followed the rules and regulations formulated for the game. Since then, the game has come a long way. Its popularity increased and a number of tournaments were organized at national level, throughout the country. The game was introduced at the 1938 Indian Olympic Games held at Calcutta, which fetched it international recognition.