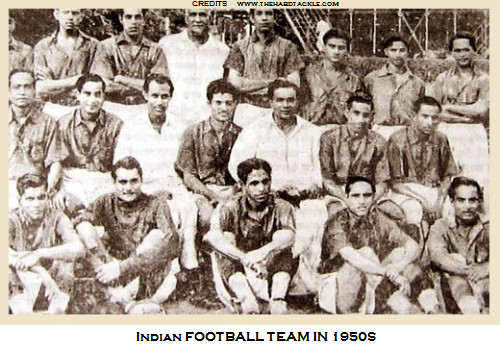 India might be one of the giants when it comes to cricket but when it comes to football, we are left far behind. Presently, India is ranked at 162nd position. So, you might be thinking where are those glorious years of India football that I am talking about? Well, I would have to switch the clock to the year 1950’s where Indian Football was very renowned and popular.

In 1950-1960 Indian football was at its peak. The powerful team had won the Asian games not once but twice, ones in 1951 and then in 1962. The team was also strong enough that it finished 4th in the Olympics too. That was the strength and caliber of the Indian football team in those years. And not to forget the support of nation towards the sport was overwhelming too.

It were those years of Indian history where we had just got independence from the foreigner’s rule, and at that time to make such a brilliant team of football, it would have been an awesome effort by the team, coach and yes off course the captain. The captain who led the team was Syed Abdul Rahim. Not to forget, as the team was at their prime best, team was made to advance to the 1950 FIFA world cup, without any qualifying matches. Such was the dominance of Indian Football back then. Though, because of the lack of resources, the team could not compete in the world cup.

Also, in those years the team ranked among the top 20 in the whole world. Well, isn’t that just phenomenal. I hope our present and future football teams can match up to that level and return back those glorious years of Indian football team.