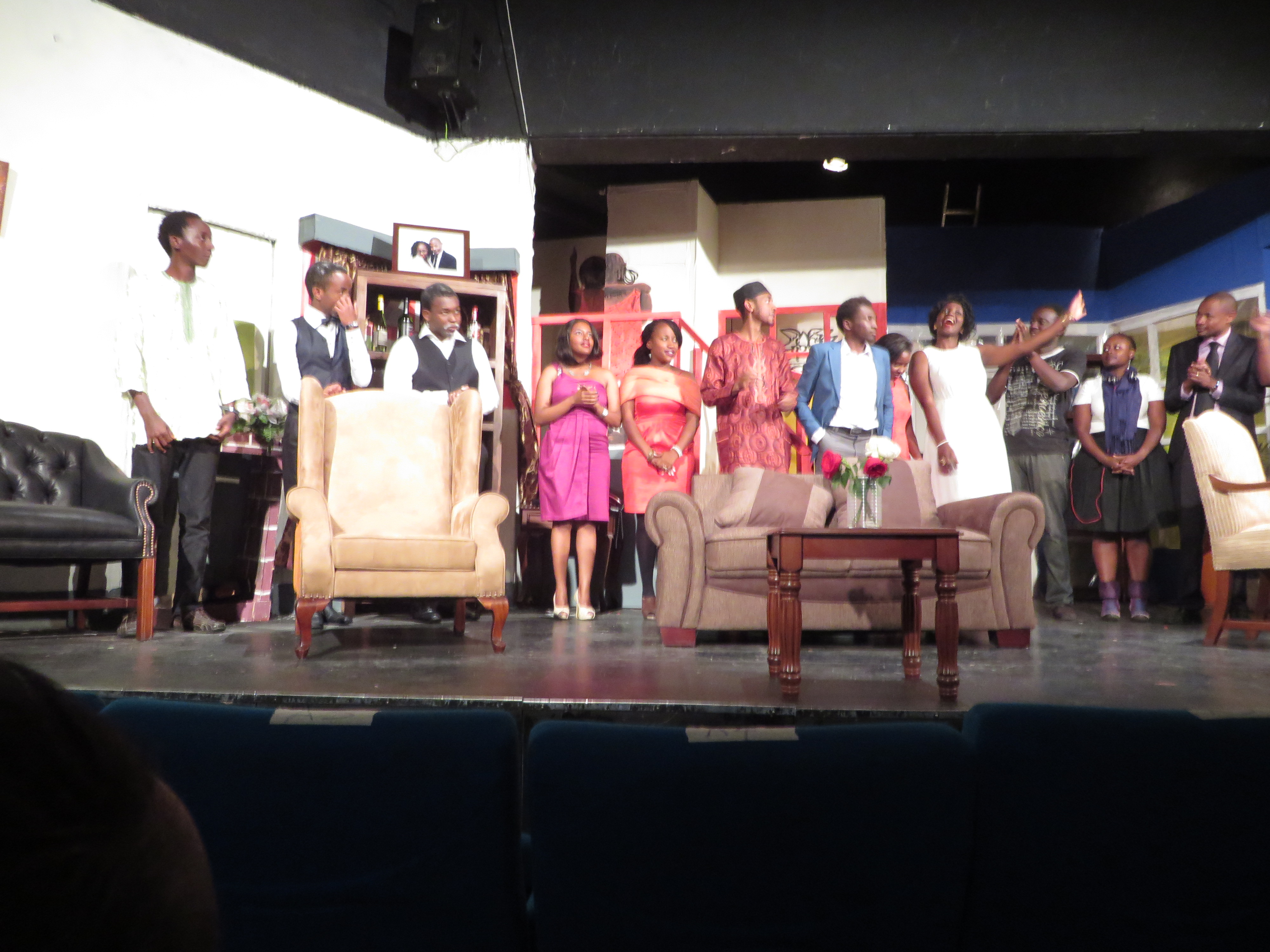 Nicholas Muthama is a director, producer and writer with more than ten years experience. He is excited that performing arts are being embraced more in Kenya and theatre houses are full during shows.

As a director, he always looks out for talent during auditions. ‘When auditioning, one may realize that they sing better than they act. I am able to pick on this and guide the artist.’ Says Nick. His personal opinion is that what is staged on theatre should transform audience for the better.

He directed, ‘the ideal husband’, a classical by Oscar Wilde that was staged at the Alliance Francaise auditorium in Nairobi from 19 -21 February 2016. He says theatre is therapeutic because there is laughter. It’s a break from normal life and some consider it a pass time, while others watch so they may learn.

The cast of ‘an ideal husband’ being introduced after their performance.

Performing arts are is a form of art in which artists use their voices and/or the movements of their bodies, often in relation to other objects, to convey artistic expression—as opposed to, for example, purely visual arts, in which artists use paint/canvas or various materials to create physical or static art objects. Performing arts include a variety of disciplines but all are intended to be performed in front of a live audience.

Sustainability of talent is not easy, because a lot is invested in artists yet sometimes they are not available to perform. They may have other commitments like studies.

Adapting a classical script to the current situation in Kenya is also a challenge, requiring script analysis with every rehearsal. The ideal husband was staged in two sets. For Nick he is happy to see the idea move from paper to sketch and finally on stage, where it becomes real.

Darwin Karari is a student at Strathmore University in Nairobi, Kenya. The Universitys’ drama society DRAMSOC provided the cast for this classical play. ‘Acting on stage boosts a person’s confidence. You gain courage to face crowds and the best part is that you are free to be anything. You can be a president, a doctor and definitely an ideal husband while on stage.’ Says Darwin.

The link to the video of the play :

The Interview with The Potraj