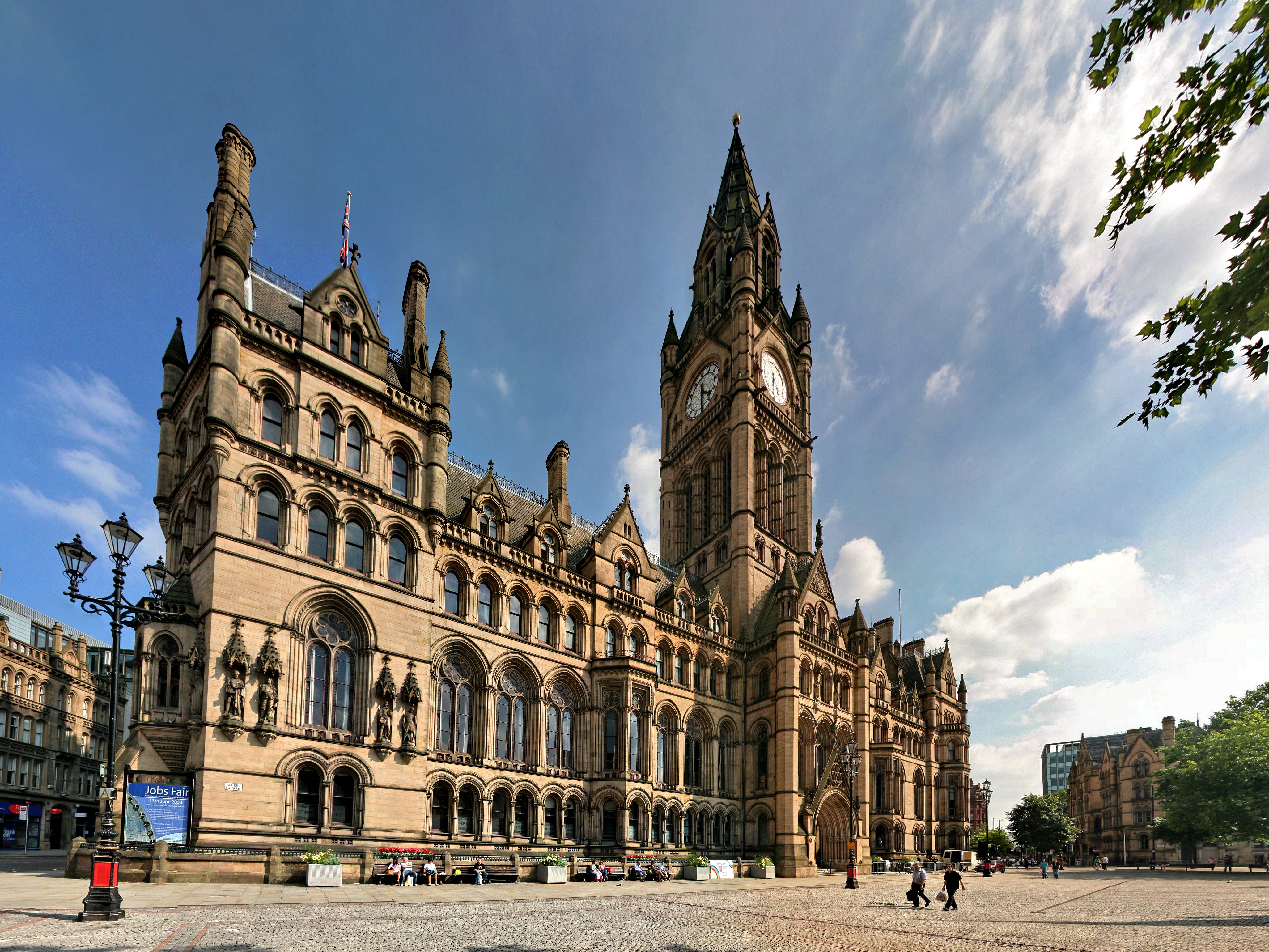 If you ever ask anybody while out in Manchester, the city’s most recognisable heritage site, you’ll most likely here lots of references to Manchester Town Hall.  Centred in Albert Square, the Neo-Gothic Victorian building is incredibly hard to miss. It’s just simply Manchester’s most outstanding landmark! 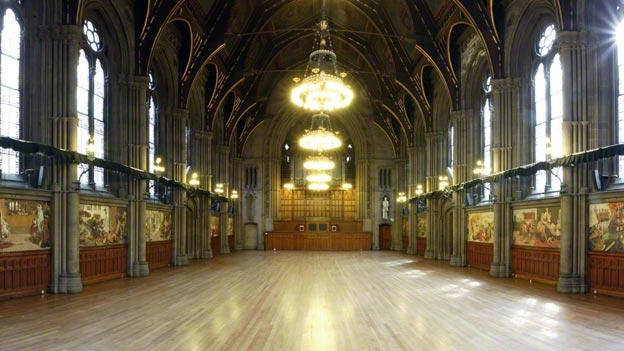 Originally Manchester Town Hall was located in the Police Office in King Street, as a replacement for the first Town Hall, in order to make room for the increasing expansion of Manchester’s local government.  British architect Francis Goodwin is credited for the design of the town hall, with builder David Bellhouse noted for the construction, all of which was undertaken between 1882-25. Manchester Town Hall’s original building design is also said to be widely influenced by British architect John Soane; with the screen of ionic columns formed across a recessed centre, widely regarded to be in high reference to his neo-classical style.  The finalised building which was 134 feet long and 76 feet deep was intended for local government and police administration. It was composed of committee rooms and offices for clerks and other local officials, with the complete cost of the town hall totalling £39,587. 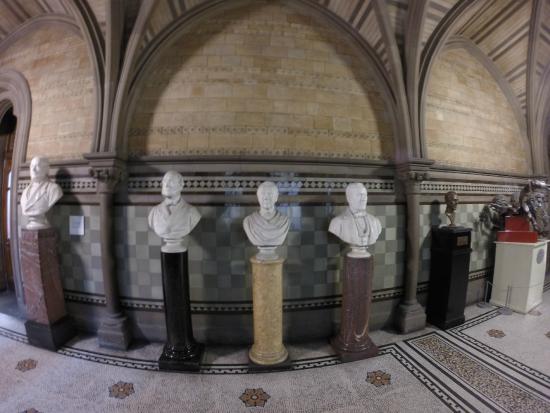 Due to the industrial and textile revolution, Manchester’s administration was increasing on a large scale in scope and resources. In order to make room for the expansion that Manchester’s administration was undergoing, it proved growingly necessary, to make room for Manchester’s central civic administration; with a proposition for the new construction of Manchester Town Hall called for subsequently. British architect, Alfred Waterhouse, who is renowned for his contributing work towards the Victorian Gothic Revival architecture, is credited for the design of the building. Surprisingly enough, in spite of Manchester Town Hall’s notably neo-gothic style, Waterhouse has often referred to his architectural building, as ‘essentially of the 19th Century’. Whatever might the case, the Grade 1 listed hall, is a true northern gem.

Manchester Town Hall compromises prominent features such as, its exterior clock tower which made by Gillet and Bland, stands at 280 feet (85 m) tall. Its tower is actually the sixth tallest building in Manchester, and is home to a carillon of 23 bells! The Sculpture Hall, is on the ground floor,  and is home to a plethora of statues and people; all of whom have made influential contributions to Manchester, such as the Anti-Corn Law campaigners, Richard Cobden and John Bright just to name a few. Two grand staircases by the main entrance on Albert Square lead on towards the Great Hall, with Waterhouse designing the staircases to have low risers, as a means of allowing easy access for women in Victorian dress. The Great Hall which is located on the second floor encompasses a glazed skylight, with the names of mayors, lord mayors and chairs of the Council since Manchester’s receiving of its Charter of Corporation in 1838, inscribed on glass panes. The landing has a mosaic floor, patterned across by Venetian craftsmen with bees and cotton flowers. Victorian critic, John Ruskin, has described the splendour of the Great Hall as ‘’the most truly magnificent Gothic apartment in Europe’’.

Today, as one of fifteen Grade I listed buildings in Manchester, Manchester Town Hall is highly accepted as being one of the world’s most spectacular embodiments of Gothic revival architecture. The town hall is currently used for tours, weddings, civil partnerships, conferences and other events. It has also been used for television and films, with films such as Sherlock Holmes in 2008, and The Iron Lady using its location. And most recently, in 2014, a 24-hour police station reopened in the town hall.

Manchester Town Hall is truly a treasure within the North West of the United Kingdom, and as a proud Mancunian, I feel that young people all over the world, should take the opportunity to visit what is an iconic monument and heritage site within British culture.

So what are you waiting for!
Manchester Town Hall

The Little Dharamsala of Delhi