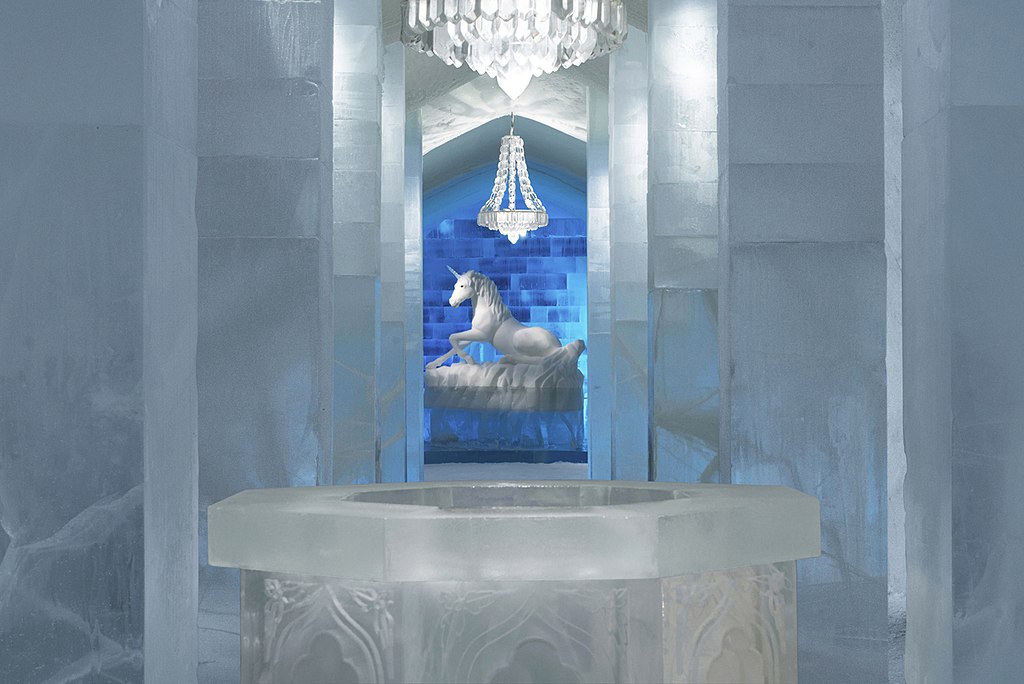 How would you like to visit an art exhibition made out of ice in the Swedish village of Jukkasjarvi?Well don’t be surprised as today i am going to give you an insight how it would be the perience of staying in an ice hotel in a small Swedishvillageon the banks of the frozen Torne River.It is the world’sfirst ice hotel.

Some japanese artists visited in 1989 and created some ice sculptures.

Originally ice sculptureswere made by very famous artists and when they were tired at night,they slept on the reindeer skin rugs in the rooms where they worked.But in1989 an idea struck,why not make an ice hotel where tourists can visit the art exhibition and also stay by night.The hotel first opened in 1990 ,but every year it is rebuilt from December to April .

so artists from around the world were asked to submit their designs and the best ones were invite to built the hotel, but the interesting part is that the hotel has to be built every year as it melts, The river torne gets frozen so the snow and ice which is called slice is used to make the hotel.the artists create their best piece of work and it has now become a very popular tourist destination. 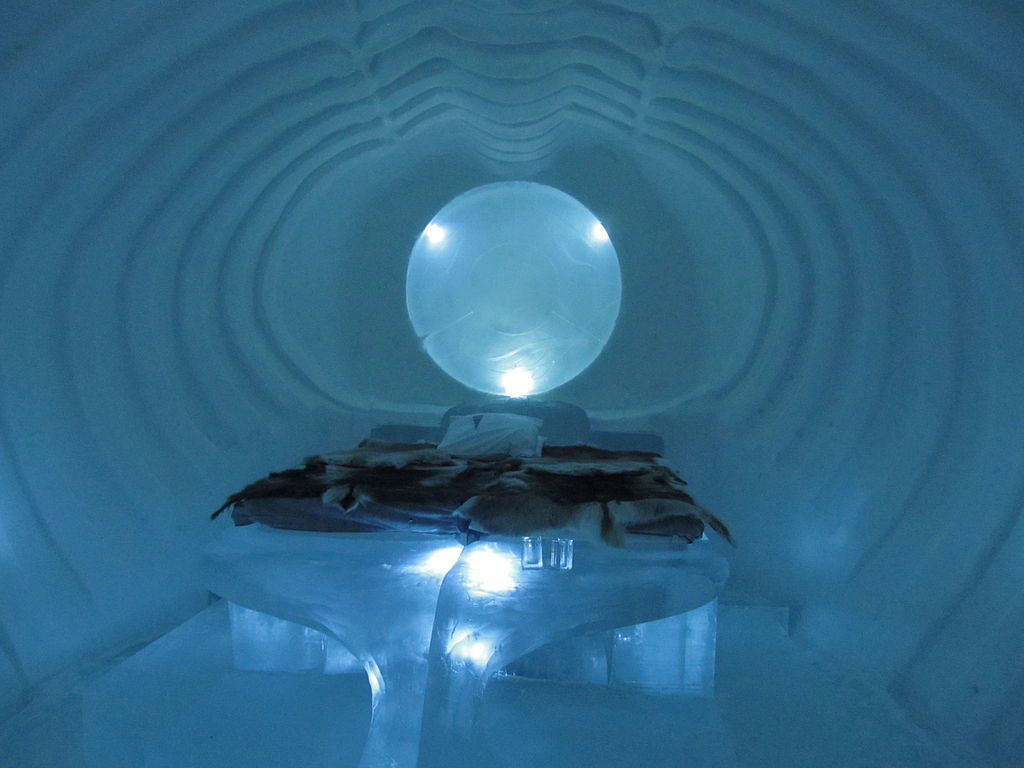 There is bar and the glasses are made of ice and wine is served in it also there is chapel made of icewhere couples can marry and have destination weddings.The beds and chairs are made of ice blocks brought from the nearby torne river.Every single room is unique.

Sensing the Garden of Five Senses in New Delhi